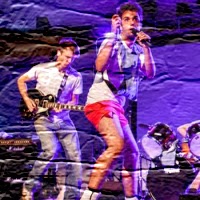 I'm back at the Vault Festival underneath Waterloo station, this time to catch two short shows in a night. First up, nabokov's Symphony, in which three playwrights contribute stories to be performed by a quartet of actor-musicians, to music by Ed Gaughan. Remy Beasley, Jack Brown, Iddon Jones and Adam Sopp are a multi-talented lot who all play numerous instruments in a show that's set up to look like a rock gig. Dressed in bolier suits, first to strip his off is Iddon Jones, who reveals a tiny pair of shorts and a singlet. The writer is the currently-ubiquitous Tom Wells, and the piece is called Jonesy. A teenage asthmatic, Jonesy is determined to take GCSE PE and prove himself one of the lads. Except rugby's a bit much for his asthma, so he ends up having to prove his manliness at netball instead. 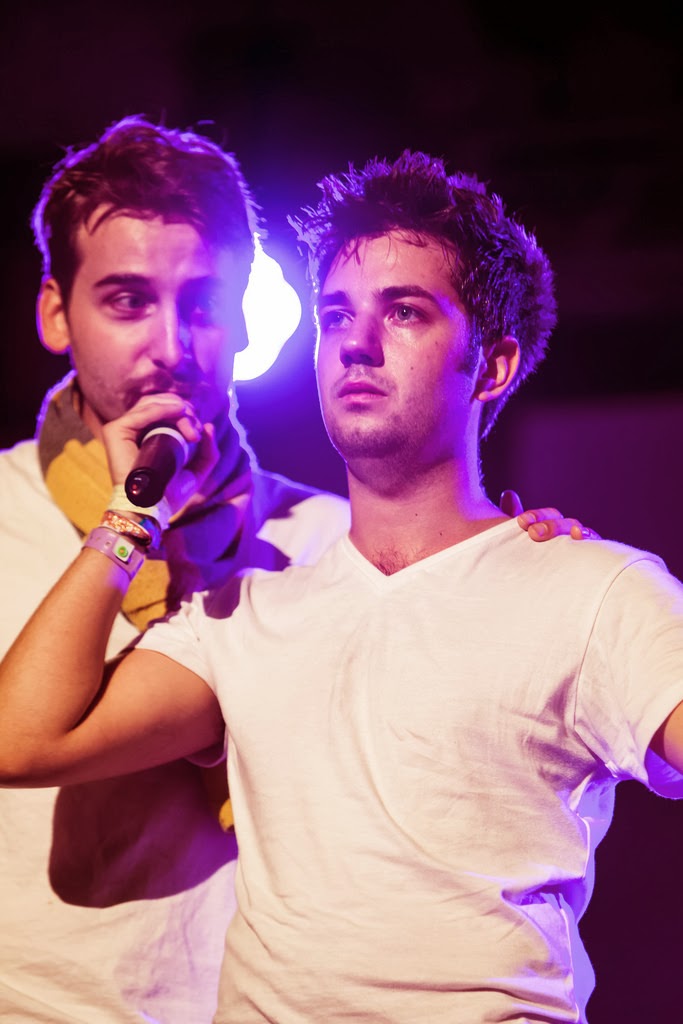 Ella Hickson embraces the musical challenge most fully, A Love Song for the People of London being an extended song in which Jones as the City of London looks down on his citizens, and in particular one pair of would-be lovers played by Remy Beasley and Adam Sopp. It's funny, and quite wryly spot-on about the way one person's romantic gesture is another person's creepy encounter. 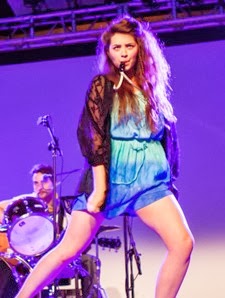 Finally Nick Payne comes in all guns blazing with My Thoughts on Leaving You, in which Beasley and Jack Brown get together in drunken circumstances, then come apart thanks to a similarly alcohol-fueled indiscretion. It's very funny in the quite abrupt way that Payne is sometimes capable of, with a twist on the idea that a big musical gesture is what it takes to get the girl - if there's a connecting theme to the three short plays, it's the idea that dramatic tropes on how to get your life back on track rarely work out the way they do in the movies. It's a lively conclusion to an enjoyable hour spent with four actors who don't seem to take themselves too seriously, and create a party atmosphere.

Symphony by Ella Hickson, Nick Payne & Tom Wells is booking until the 1st of March at The Vaults, Waterloo.