Theatre review: The Knight of the Burning Pestle 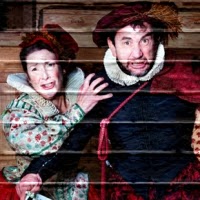 With The Duchess of Malfi, Shakespeare's Globe explored the possibilities for atmospheric lighting in their new candlelit venue. For the second full production in the Swanamaker, it's the dynamics of the space that are put to the test: Even more than the main house, the indoor playhouse feels as if the actors and audience are on top of each other, so what better way to exploit that than in a play that blurs the lines even further, Francis Beaumont's The Knight of the Burning Pestle. It seems post-modernism, despite the name, predates modernism, and was alive and well in the 17th century, when a Grocer (Phil Daniels) and his wife (Pauline McLynn) sit in the front row to watch a light romance called The London Merchant. But the pair have very specific ideas about what they'd like to see, and they go on go on go on go on go on go on go on go on go on to wreak havoc.

After they've munched their way noisily through their snacks (the sort of behaviour that would never happen nowadays!) the grocer demands that the Boy (Samuel Hargreaves1) who acts as Fool and MC, introduce new elements to the story, which he desperately tries to fit into the existing plot. Meanwhile the wife proceeds to misinterpret everything about the play, taking violently against romantic lead Jasper (Alex Waldmann) and rooting for Luce (Sarah MacRae) to end up with the comic relief Humphrey (Dickon Tyrrell.) 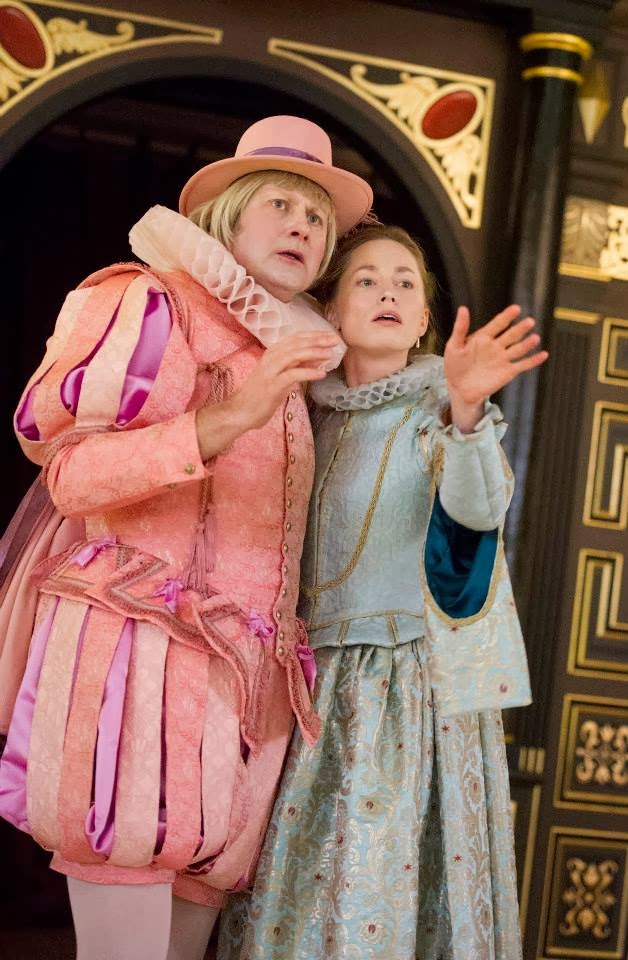 But their main request, and the one that turns The Knight of the Burning Pestle into a play-within-a-play-within-a-play, is that their apprentice Rafe (Matthew Needham) join the actors to play a knight who defeats monsters with - in deference to their profession - a pestle. Beaumont's comedy wasn't well-received when it debuted, and apparently bad productions of it are still common, but the Globe's isn't one of them, director Adele Thomas displaying almost Jessica Swale-like levels of finding every conceivable moment of comedy in the text. 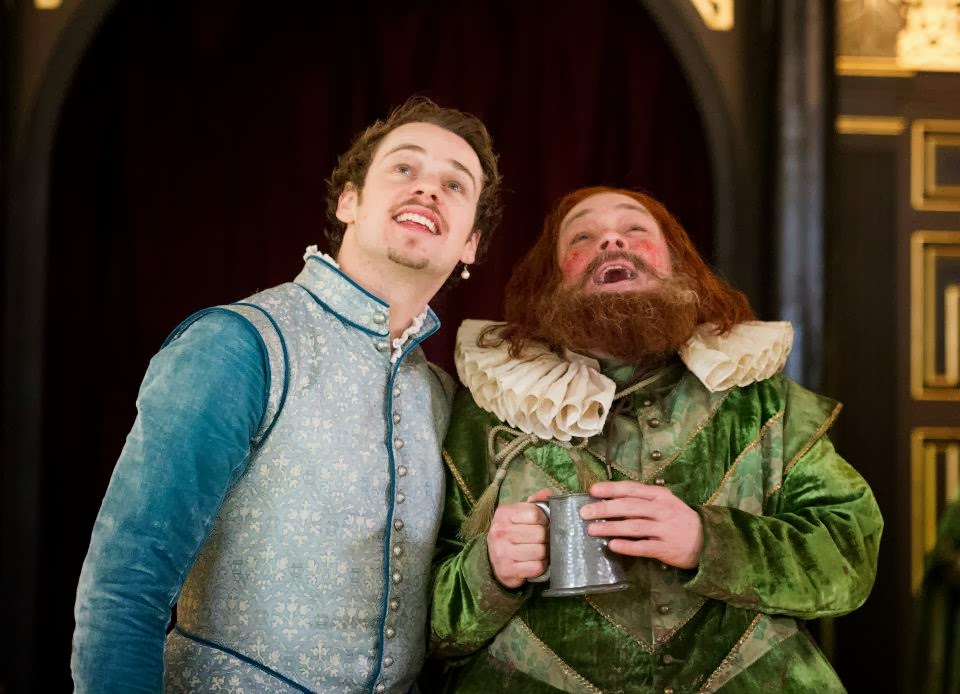 So The London Merchant, or as much of it as makes it onto the stage, works as a spoof of Jacobean theatre in itself, from Tyrrell's laboured rhyming couplets to Waldmann's overly-literal gesturing. Then there's Rafe's knight's quest, the grocer's boy given a couple of stagehands to act as his sidekicks as he takes on a giant (Brendan O'Hea) with his suspiciously phallic-looking pestle, the fact that they're making it up as they go along resulting in one of the stagehands (Dennis Herdman) variously taking on the role of a fair maiden and being left hanging from the rafters. 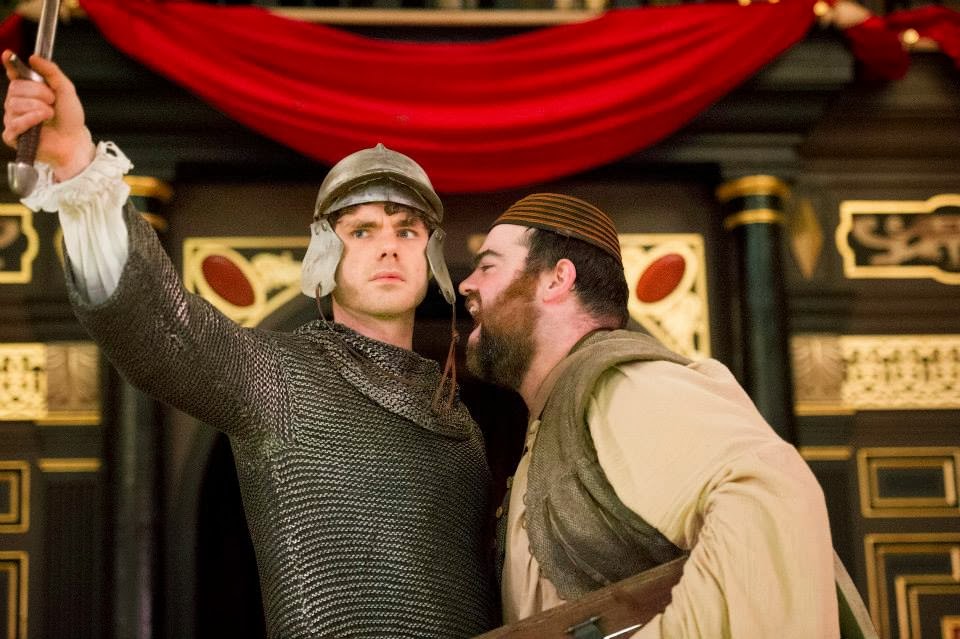 On top of this there's the running commentary from the pair in the pit, but the best moments are when all three layers of story crash into each other. After quickly getting his second sidekick (Dean Nolan) on his side, Needham's blundering but terribly sweet Rafe starts to charm the cast as well, and the smitten Mistress Merrythought (Hannah McPake) and her son Michael (Giles Cooper) have soon wandered out of the story they're supposed to be in, and followed Rafe on his quest. Probably the most breathlessly silly sequence in a play full of them sees Jasper, sick of having his limelight stolen, chase Rafe around the building, beating up anyone who stands in his way. 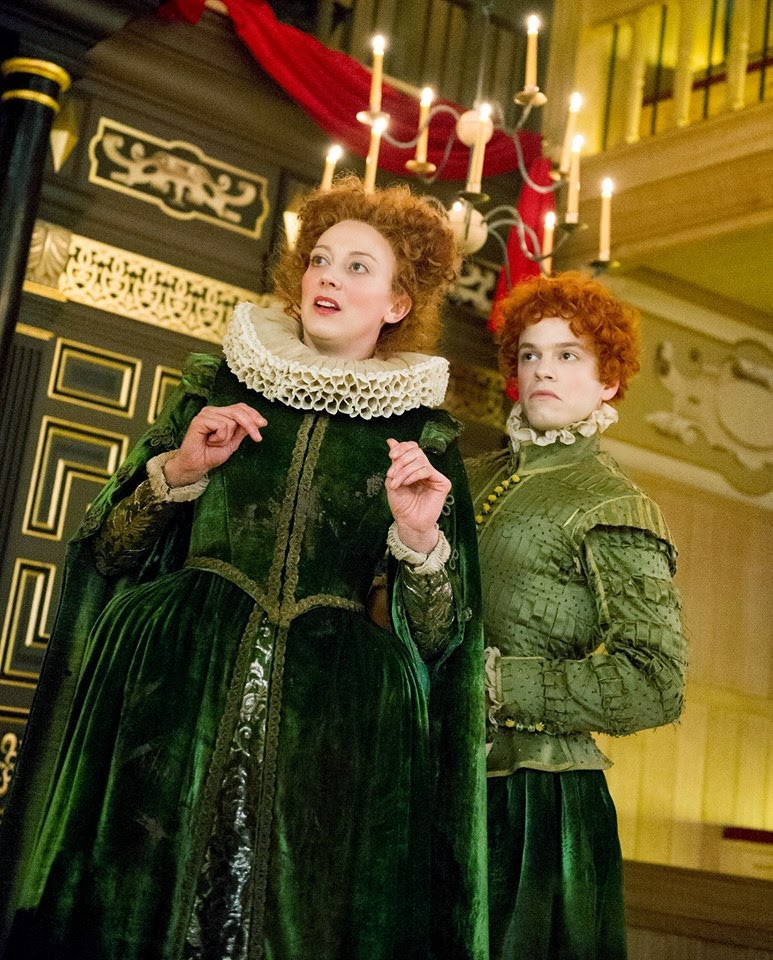 At 3 hours, The Knight of the Burning Pestle is longer than it needs to be - it would probably be called a musical if the term had existed in 1607. Paul Rider's character Merrythought essentially exists as a musical cue, and a couple of songs could have easily been cut from the London Merchant sections. The run time's also slightly padded out by an attempt to replicate authentic Jacobean intervals - there's a musical interlude between each act, three of them lasting about 4 minutes long, with drinks being sold to the audience in their seats, and interlude #3 serving as the 15-minute "privy break." Although to be honest I didn't mind this, the short breaks at least give a chance to stand up and get a rest from the uncomfortable seating. But basically, it comes down to this not being a perfect evening's comedy - but getting pretty damn close.

The Knight of the Burning Pestle by Francis Beaumont is booking until the 30th of March at the Sam Wanamaker Playhouse.

Running time: 3 hours including one interval and three interludes.

1the production photos are a bit short on decent shots of Hargreaves, but a quick Google reveals this to be his Twitter photo: 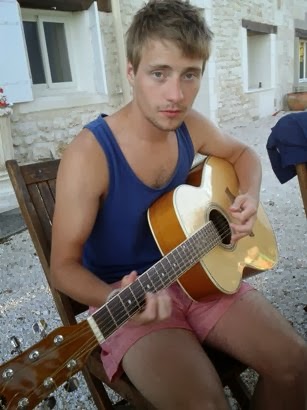