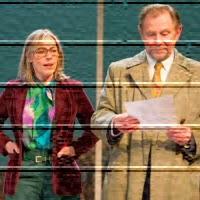 Vicky Featherstone is starting to look like one of those Artistic Directors who are better at programming shows for other directors than for themselves. Her second outing on the main stage of the Royal Court is Abi Morgan's The Mistress Contract, based on the anonymously-authored memoir of "She & He," a couple from somewhere on the West Coast of the USA, who've lived in an unusual domestic setup for decades, and recorded much of their time together. Having first met as graduate students in the 1950s, the two didn't get together then, and had a couple of unsuccessful marriages each before meeting again in the 1970s and beginning an affair. She (Saskia Reeves) is a committed feminist who's uncomfortable with the different things she and He (Danny Webb) want from their relationship, and in 1981 decides to take control of the situation by drawing up the titular contract.

This requires the wealthy businessman He to set her up with a house, in return for which she will do whatever he wants sexually, pretty much on demand. She frames it as an experiment, in which they will record their discussions on their setup and wider gender politics, possibly to be turned into a book or other resource for future generations. 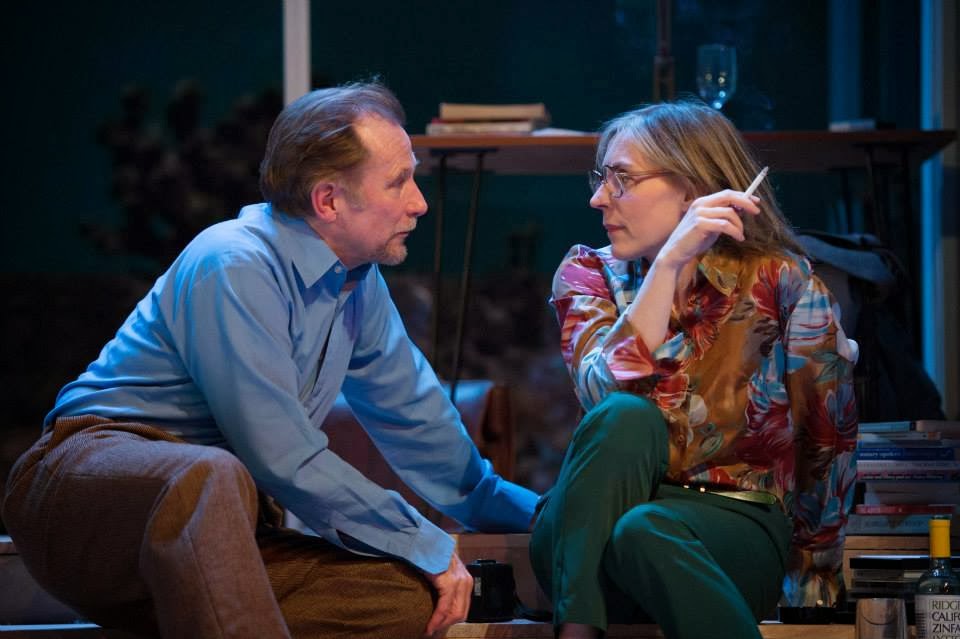 The sex is of course kept offstage but there's no such luck with the debate, as the tape recorder goes on and the couple talk. And talk. And talk. The Mistress Contract is the latest in a bunch of plays about feminism and, even more than Rapture, Blister, Burn, it's guilty of telling not showing, of staging a discussion rather than dramatising the issues raised. 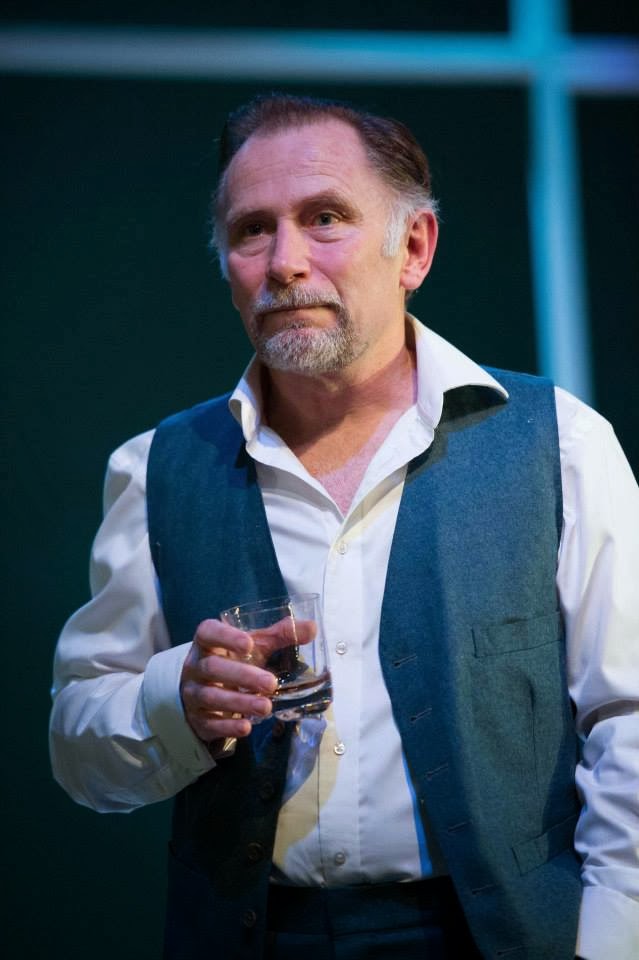 Part of the problem is that the couple are a little bit too well-suited to each other. In theory He's in it for the sex and She's in it for the financial stability and academic conversation, but in practice the contract is a convenient device for them both to get what they want out of the relationship, an alternative to marriage that sees them free to live in different houses, be together but not exclusively. Since He may have a different perspective on gender relations, but is as happy as She to debate them for decades, there's no real conflict to the discussions that make up the bulk of the play, making for no drama and a terribly dry, tedious evening. 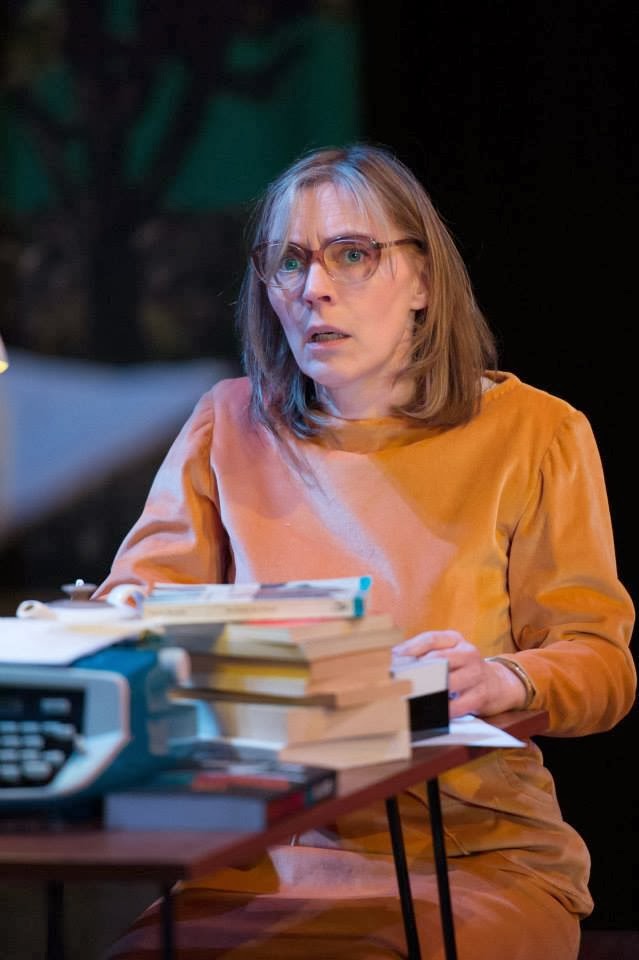 Webb and Reeves are good enough actors that they can almost get some interest back in the concluding twenty minutes, set in 2010 when the pair are in their eighties and ready to publish their memoir. But the intended emotional resolution, that this has been a love story all along but one where the word's never spoken, falls flat not just because of the dull hour beforehand, but also because it's no surprise - it's never been less than obvious that, for all their protestations of it being something different, this has been a happy if unorthodox form of marriage, their book of "findings" not much more than a piece of vanity publishing celebrating their life together. Which is all very nice for them to live through; pretty turgid to have to watch.

The Mistress Contract by Abi Morgan, based on the book by "She & He," is booking until the 22nd of March at the Royal Court's Jerwood Theatre Downstairs.