Theatre review: The Devil Inside Him 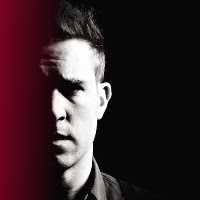 I was originally meant to be seeing Written on the Heart tonight, but of course that show took an early bath, leaving me with an empty day in my diary. Being a total addict, the prospect of three theatre-free nights in a row was a bit scary, so I settled on the White Bear, a theatre I've not had the best luck with in the past, but I figured was due another chance. John Osborne's playwrighting debut, co-written with Stella Linden¹, was only recently unearthed in the British Library. Although showing signs of being an early work, if Hannah Joss' production is anything to go by it's been worth rediscovering. Set in the world's most oppressive guest house The Devil Inside Him shows us life in a remote Welsh village in the 1950s, where a hellfire-spouting Methodist minister lords it over his flock.

Mrs Prosser (Judy Clifton) walks on eggshells around her monosyllabic husband (David Broughton Davis) and takes her frustrations out on the housekeeper and maid. In the middle of all this repression is the seething cauldron of emotion that is the Prossers' son, butcher's apprentice Huw (Ralph Aiken.) Made fun of as a child for being ugly, he's grown into a disturbed adult, still mocked by the village for being "soft in the head," and now also under the shadow of some unpleasant incident that is not to be spoken of. Socially awkward, his only outlet is writing erotic poetry that inevitably outrages his father when he finds it. Fixated with the maid, Dilys (Jessica Ashworth, who looks like a young Madeline Kahn,) her attempt to manipulate Huw goes horribly wrong when it proves a catalyst for his suppressed feelings.

Considering its obscurity The Devil Inside Him is a surprise, perhaps not a masterpiece but powerful and engaging. Aiken's sweaty, intense central performance is impressive, and if the cast's abilities vary a tad (there's a couple of broad turns, and Martin Bendel as the minister stumbled over quite a lot of lines) it's not enough to derail the production. Osborne's inexperience shows most near the end, when he uses one of the boarding house guests to furiously put across the play's central argument in a more eloquent way than Huw would have been able to - the circumstances and the intensity of this virtual stranger's reaction come across pretty implausibly, despite Morgan James' best efforts. For the most part though, considering what an obviously impassioned rant against puritanical values The Devil Inside Him is, it's also a surprisingly solid piece of theatre.

The Devil Inside Him by John Osborne and Stella Linden is booking until the 26th of May at the White Bear Theatre.

¹a fact that's rather buried away in the programme; theatres really don't like admitting co-written plays exist, do they? The Globe even ditched Fletcher from the Henry VIII publicity a couple of years ago, despite the programme notes focusing heavily on Shakespeare's co-writing habits. Does the less famous writer's name dilute the famous one's box office potential?
Posted by nick730 at 22:41