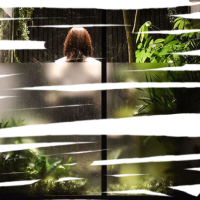 After its usual summer lull Hampstead Downstairs starts its new season with Simon Vinnicombe's R and D, a short sci-fi take on grief and betrayal. Lewis (Aden Gillett) is a writer who lost his wife a year ago, and whose moving eulogy for her went viral; the resulting popularity has only driven him further into grief and seclusion. His brother David (Martin Hutson) is a scientist working at some mysterious institute, the nature of which becomes apparent when he asks Lewis to take part, in return for a large fee, in some research and development on a long-running project. April (Jess Murphy) is a highly-realistic humanoid robot, and David and his team have reached the end of what they can find out in the lab. They want Lewis to spend time alone with her and report back on how convincingly human April can be.

David also believes that a companion, even an electronic one, will help his brother overcome his grief, but Lewis mainly ends up going along with it because the money will help his daughter Eva's (Ellie Turner) expensive education. 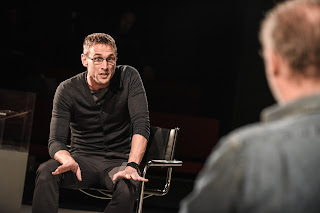 Nadia Fall's production is simple and watchable, with Gillett and Hutson understatedly setting up the differences between the brothers. Murphy's April starts as a bit of a standard portrayal of a robot, cocking her head to the side like Princess Diana, but does increasingly bring some interesting ambiguity to the character. 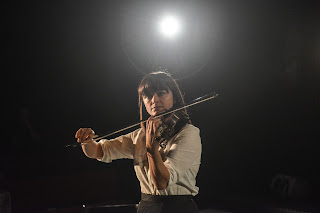 But while I like a short running time, here it comes with a piece that feels equally slight, Vinnicombe not really convincing me that he's found anything particularly new to say. It also builds to what feels like should have been a bigger twist ending than we get. R and D touches on big subjects but not altogether confidently.

R and D by Simon Vinnicombe is booking until the 22nd of October at Hampstead Theatre Downstairs.