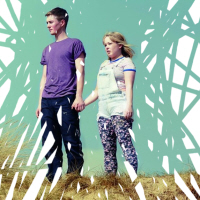 When a 9-year-old girl is caught spying on a group of skinny-dipping boys, they make fun of her until the smallest of the boys, and the only one wearing swimming trunks, distracts them by jumping out of a tree into the water. It's a little kindness that'll develop into a friendship over the next few years. Two young adult actors give convincingly wide-eyed and halting performances as the titular characters of Zoe Cooper's Jess and Joe Forever. Jess (Nicola Coughlan) is the city-girl daughter of a rich couple who've bought a cottage in a remote part of Norfolk just so they can send her there with the au pair for a couple of weeks every summer to "learn how to have a childhood." Her real holiday will be with them straight afterwards, for quality time and to brush up on her Italian language skills.

So the local kids aren't exactly queuing up to make friends with her, but farmer's son Joe (Rhys Isaac-Jones,) who seems, himself, to be becoming more of an outsider every year, becomes her on-off friend. 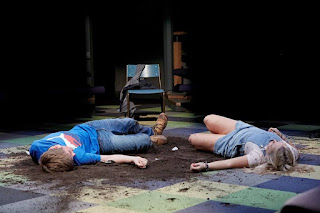 The pair are instantly endearing in Derek Bond's lo-fi production, which sees them narrate their story, speaking into microphones to indicate when they're playing a different character, and arguing over whether they should recreate scenes entirely naturalistically, as Joe wants, or enhance them with music and sound effects to give the audience a sense of how they felt, like Jess wants. The naïveté of this deconstructed storytelling style - the players seeming to figure out how theatre works even as they perform it - is a cleverly disarming way of disguising the sophistication of the writing, which is doing more than it first appears. 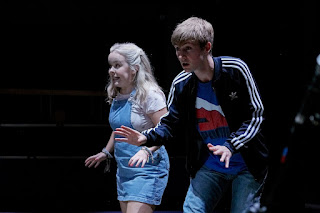 Jess and Joe Forever is one of those plays that's a complete bastard to review because even touching on the overall themes it looks at would constitute a colossal spoiler. It does start to become apparent, as the story goes on, that we're seeing Jess and Joe through each other's eyes, and the way others in the village see them is quite different. With Jess' parents' finances, and subsequently marriage failing, and Joe being put in a remedial class at school after a mysterious incident in a bathroom, the pair become even more dependent on each other and the play develops into a sweet teenage romance. 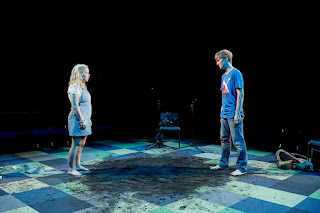 I'd struggle to find a flaw in Jess and Joe Forever, which balances the sadness of a pair who don't fit into a gossip-riddled little village that sounds like Brexit Central, with a joy and humour at their own uniqueness that doesn't let up. With the Orange Tree being permanently in the round and James Perkins' design keeping things simple, it's easy to see the whole audience smiling throughout then being moved to tears by the end - as the woman in front of me in the queue to leave wiped tears away, I heard the usher tell her "it's OK, I still cry every time I see it too." Beautiful, clever, thoroughly recommended.

Jess and Joe Forever by Zoe Cooper is booking until the 8th of October at the Orange Tree Theatre; then continuing on tour to Havant, Canterbury, Norwich, Sheringham, Colchester, Harlow, Didcot, Newcastle, Watford, Farnham and Petersfield.