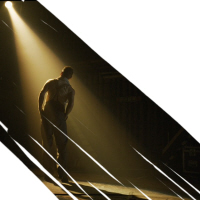 If the whole point of SirKenBran's eponymous, year-long residency at the Garrick was to prove that he could programme a whole season and actually remember to turn up for the whole thing, then it looks like a success. If we're also meant to take into account the actual shows, though, this has made Michael Grandage's underwhelming West End season of a few years ago seem like a resounding triumph in comparison. For the finale SirKenBran lets Rob Ashford take the directing reins on his own, while he himself takes on the lead role in John Osborne's The Entertainer, a part the playwright himself once told him he should play. Of course, Osborne's been dead for over twenty years so he probably wouldn't be too offended if his suggestion had been ignored, and maybe SirKenBran should have thought instead of the living who actually have to sit through it every night. He plays Archie Rice, a music hall entertainer who followed his father Billy into showbusiness.

But Billy (Gawn Grainger) is now retired, and Archie has never been as successful as he was. The play is set in 1956 during the Suez Crisis, and one of Archie's sons is currently in the army in Egypt, a fact that only exacerbates the characters' overt racism. 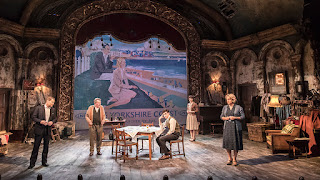 Most of the story takes place in Archie's flat, where Billy spews a constant stream of hatred for pretty much everyone and everything under the sun, while being tended to by Archie's exhausted-looking wife Phoebe (Greta Scacchi, clothed.) His son Frank (Jonah Hauer-King) and daughter from a previous marriage, Jean (Sophie McShera,) are unable to find a balance between their family's mindset and the more liberal ideas of their own generation. Between scenes, we move to Archie bombing badly at performances with dwindling audiences, the dying days of vaudeville a metaphor for the other generational conflicts in the play. Christopher Oram's set takes this idea as its main theme, placing all the action on a crumbling, dusty stage with a second proscenium arch. 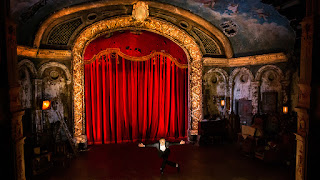 But acknowledging this quality in the play hasn't made it feel any less dated, and the expressionistic touches mixed with the vitriolic naturalism of the acting just ends up feeling confusing - the very Brechtian device of having screens display what scene number we're on feels like it's wandered in from a completely different production. Depressingly, the play feels like it should have a lot of modern-day parallels, with its resurgence of bigotry and conflict between the generations. But somehow Ashford doesn't manage to harness this contemporary relevance - it's hard to believe Billy's opening diatribe is written to be taken at face value* but tonight's, largely coffin-adjacent, audience lapped it up with such enthusiasm, Ian described it as having accidentally walked into a UKIP rally. 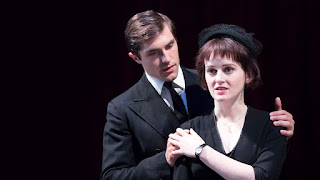 Despite the family conflict the play only really achieves any kind of pathos in the scenes of Archie throwing all he has into a performance and failing miserably. The rest is just nasty and dull, and pretty much the only thing that brought me back after the interval was the prospect of Phil Dunster turning up - although again putting his award-winning arse‡ in such loose trousers makes you wonder what the point is. And "what's the point?" is what I felt about the show as a whole: I've never seen The Entertainer before and its status suggests that it does have a lot to say, but this production doesn't seem to have found what any of it is.

The Entertainer by John Osborne is booking until the 12th of November at the Garrick Theatre.

*however since drafting this review I've had a look at some of the official reviews, as well as the playwright's Wikipedia page, and it looks like Billy is apparently meant to be the "decent" character in the play, so maybe Osborne was just a cunt. Ditto humanity in general, TBH.

‡I mean, spoiler for my own end-of-year awards there, but quite frankly anyone who saw Pink Mist knows there isn't really any kind of competition.
Posted by nick730 at 23:13