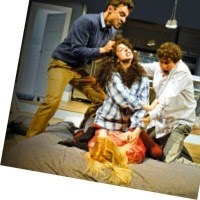 It's not a subtle title, but then Bad Jews isn't a subtle play. Joshua Harmon's story of warring cousins is, though, rather a clever one. On the night after their grandfather's funeral Daphna (Jenna Augen) is sharing a studio apartment with her quiet cousin Jonah (Joe Coen,) and spends much of the time railing against Jonah's older brother Liam, who missed the funeral, and whom she's long had a feud with. When Liam (Ilan Goodman) finally does arrive, it's with his gentile girlfriend Melody (Gina Bramhill) in tow, a fact that only infuriates Daphna more. Daphna is very vocal about her religious beliefs, planning to become a rabbi and move to Israel, so she takes Liam's atheism and shiksa girlfriend as personal affronts. Sparks fly as soon as the cousins are reunited, and while religion is the opening salvo, when a treasured family heirloom comes into the discussion things soon get personal.

After a rather gentle start between Daphna and Jonah, the play suddenly explodes once the whole quartet are on stage, Harmon offering some very funny lines, delivering on the promise that the cousins can twist the tiniest piece of information to their advantage. There's also a pleasing little gag on the theatrical convention that people can't hear a loud argument through a thin door or wall. 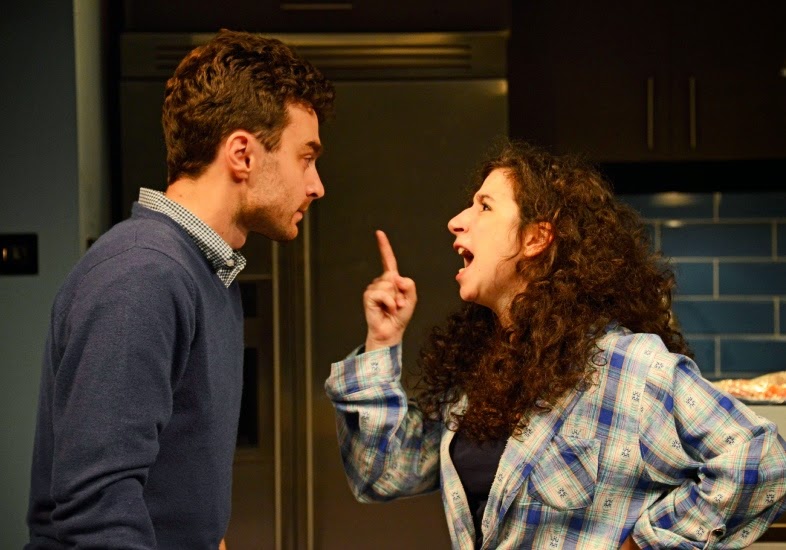 Although actual physical violence rarely breaks out, the verbal assaults never feel far from it, director Michael Longhurst managing to keep things just this side of hysteria for just under two hours. The central pair are both pretty obnoxious, but while Liam is spoilt and aggressive, Daphna is downright monstrous, everything about her seeming to revolve around picking a fight then claiming offence if anyone dares to fight back; she's deeply patronising to Melody, inferring antisemitism from the most innocent remarks the other woman makes. It's a tribute to Augen that she can keep up these energy levels while staying watchable, however unpleasant her character. 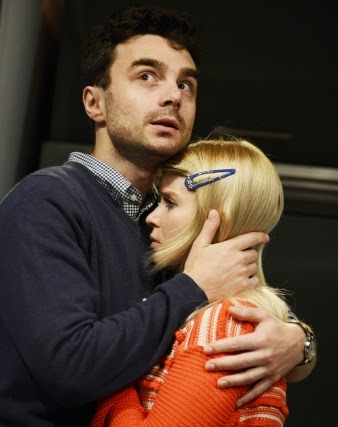 In a role which will hopefully see him come out from his father's shadow, Goodman matches her energy with his histrionic performance, Liam responding to things not going his way with the mother of all hissy fits. But the other two actors are worthy of mention too, Bramhill getting a particularly cringeworthy musical interlude, and Coen providing some beautifully-observed discomfort in the background as Jonah desperately tries to stay out of the big argument in a small room (an expensive studio apartment in a state of disarray in Richard Kent's design.) 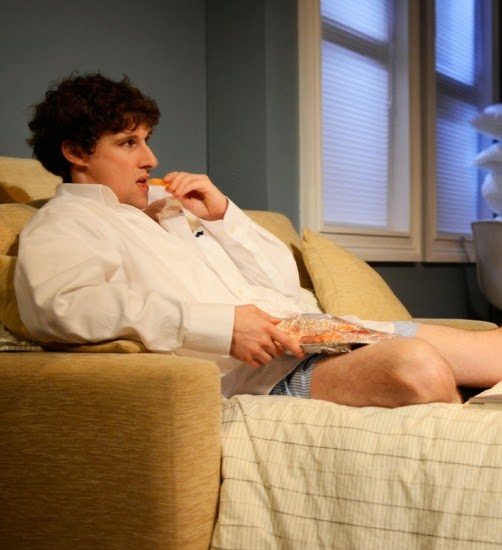 Part of what's impressive about Bad Jews is Harmon's use of a pretty broad comedy to put across some opposing arguments on religion, and how it both brings people together and tears them apart (there's rather a lot of long speeches in the play, but they're all verbally dexterous enough not to feel like preaching.) And despite the title, there's a universality to the theme - both Daphna's selective use of scripture, and her proclaiming anyone who disagrees with her as disrespecting over two millennia of Judaism, are attitudes that are far from exclusive to Jews. There's even some disconcertingly moving moments - I bet Jonah's final revelation is something that some descendants of Holocaust survivors have done. So an unusual, unpredictable play for sure, but a violently enjoyable one, expertly staged and performed.

Bad Jews by Joshua Harmon is booking until the 28th of February at the St James Theatre.