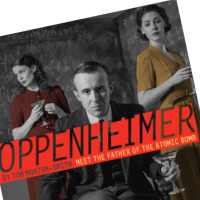 Two years ago in the Swan, the RSC had a hit with a revival of A Life of Galileo, which gloried in the enduring enthusiasm of the scientist even as his discoveries edge his life towards tragedy. So it's not too surprising if they now revisit the theme, going straight for the subject of Brecht's metaphor: The development of the atomic bomb during World War II. Tom Morton-Smith's Oppenheimer sees the titular scientist, known to all as Oppie (Perennial Next Big Thing John Heffernan,) start as an enthusiastic, popular physics lecturer at Berkeley, whose students provide him with a ready-made pool of young scientists when a controversial new project comes calling. But long before America's involvement with the war in Europe, Oppie and his friends are concerned about the rise of fascism, and holding Communist Party fundraisers to help fight it.

When the discoveries made by Einstein (Jamie Wilkes) suggest that an atomic bomb capable of wiping out a city in one stroke is possible, a group of scientists, convinced the Nazis will develop one, attempt to get there first. Gradually the US Government comes to agree and, supervised by William Gaminara's General Groves, Oppie is put in charge of the military-funded Manhattan Project in Los Alamos, a purpose-built town and facility dedicated to creating history's deadliest weapon. 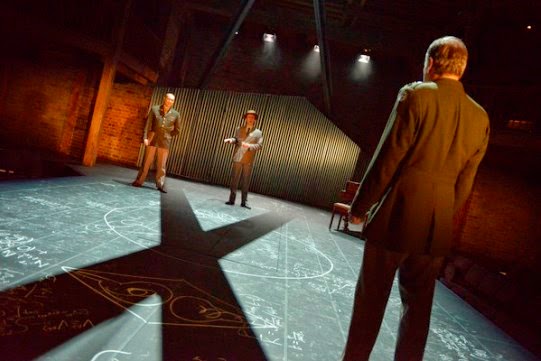 Morton-Smith's play was developed as part of an RSC project to write plays on an epic scale, and it's undoubtedly succeeded in that. Although the science is in there, it doesn't overwhelm the piece, as demonstrated by the opening scenes where complex equations chalked onto a blackboard or the stage floor alternate with fundraising cocktail parties - the rush of possibilities in the scientists' discovery is every bit the equal to their passion for defeating the fascists. 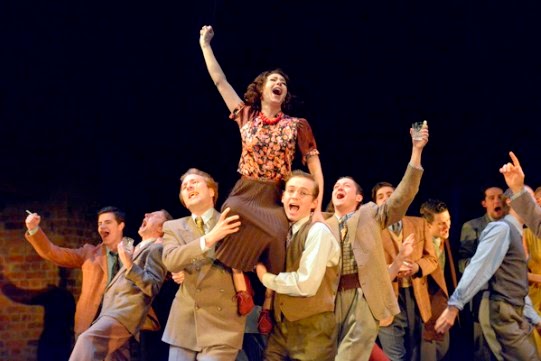 The latter will, ironically, be the downfall of many of them: Oppenheimer grapples with the huge moral issues behind building the bomb, and especially after it becomes apparent Hitler's scientist Heisenberg had failed to develop it himself*, some of the scientists like Robert Wilson (Jack Holden) believe their work should be abandoned. But there's also a more personal issue at play, as the involvement of the military sees the early seeds of what would become McCarthyism the following decade, a paranoia that the bomb's secrets would be handed to the Soviets. Oppie becomes complicit in his students Weinberg (Daniel Boyd) and Lomanitz (Oliver Johnstone) being drafted to keep them out of the project, because of Socialist views Oppie himself had instilled in them; and he out-and-out betrays his friend Haakon Chevalier (Ross Armstrong.) 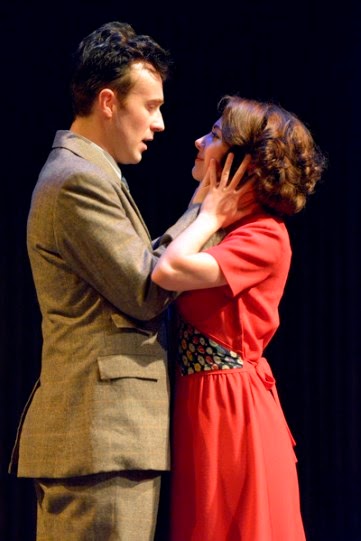 Heffernan convincingly turns Oppenheimer into a classical tragic hero, the likeability of the professor we first meet coming with a steely detachment that eventually allows him to see past the many moral objections, straight to his goal. But in true keeping with the requirement that he deliver something epic, Morton-Smith has provided a lot more strong roles, and Angus Jackson's production has plenty of powerful performances: Wilkes as Oppie's right-hand mathematician Bob Serber is a reliable figure who crumbles under the realisation of his own callousness; Catherine Steadman is a firebrand as Oppie's ex-lover and Socialist hellraiser Jean Tatlock; Andrew Langtree has funny scenes as an army captain unable to deal with the scientists' lack of discipline; and Tom McCall's steady Hans Bethe contrasts with the histrionics of Ben Allen's memorable Edward Teller, the over-dramatic Hungarian obsessed with going one step further and developing a hydrogen bomb. 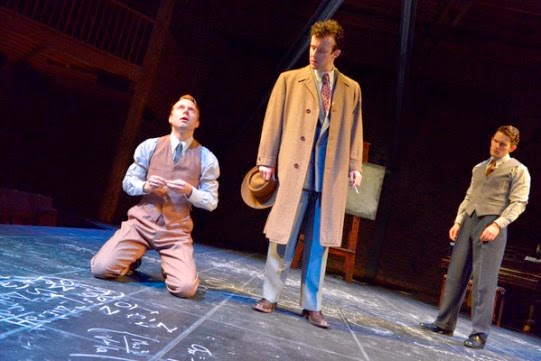 Robert Innes Hopkins' set is dominated by an "X" of iron girders, on which is raised a bomb in the wonderfully-realised scene of the first test out in the desert, and which turns into a glitterball in a nicely ironic callback to the play's opening. And I have to admire the restraint in Jackson's production never actually projecting the image of a mushroom cloud onto the stage. Ambitiously written, Oppenheimer is also impressively realised, powerful while never alienating in its scientific detail.

Oppenheimer by Tom Morton-Smith is booking in repertory until the 7th of March at the Swan Theatre, Stratford-upon-Avon.