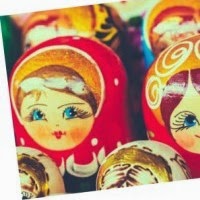 Back in Southwark Playhouse's previous incarnation in London Bridge, Tangram's Fuente Ovejuna made my Top Ten shows of 2010; the current Elephant & Castle location was my Theatre of the Year 2014, so between the two I was optimistic as the company returned to do a Russian classic. One I didn't think I'd heard of, but as it turns out I recognised it as one that featured as a plot point in the Finborough's Silent Planet last month. Banned by the Soviets for its far-from-oblique metaphor, Yevgeny Schwartz's The Dragon sees the knight Lancelot (James Rowland) arrive in the small Russian village where Elsa (Jo Hartland) lives, and instantly fall in love. But inevitably there's a problem: The village has been terrorised for centuries by a three-headed Dragon (Justin Butcher,) who among many tributes demands a local beauty to eat every year. The day is tomorrow and the sacrifice will be Elsa, so Lancelot sets out to slay the Dragon.

But the villagers - even the intended victim and her Mother (Anthony Best) - don't seem too keen on the idea. In fact they want everything to stay as it is, claiming the Dragon has been protecting them all along. 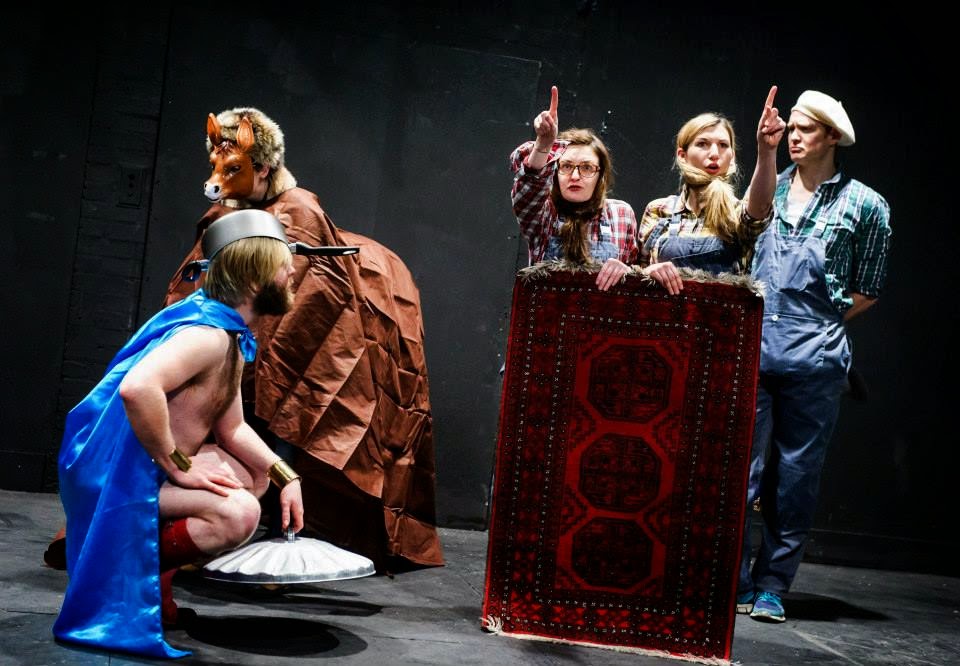 The metaphor is, like I say, an unsubtle one, but adaptor-director Daniel Goldman's company have the kind of playful style that can make it work. Indeed, from the opening narration by a talking Cat (Rob Witcomb,) the production takes the time of year as a cue to evoke something of a panto theme, with audience participation, cheers and boos, and Rowland's ridiculous superhero of a Lancelot even getting a call-and-response. 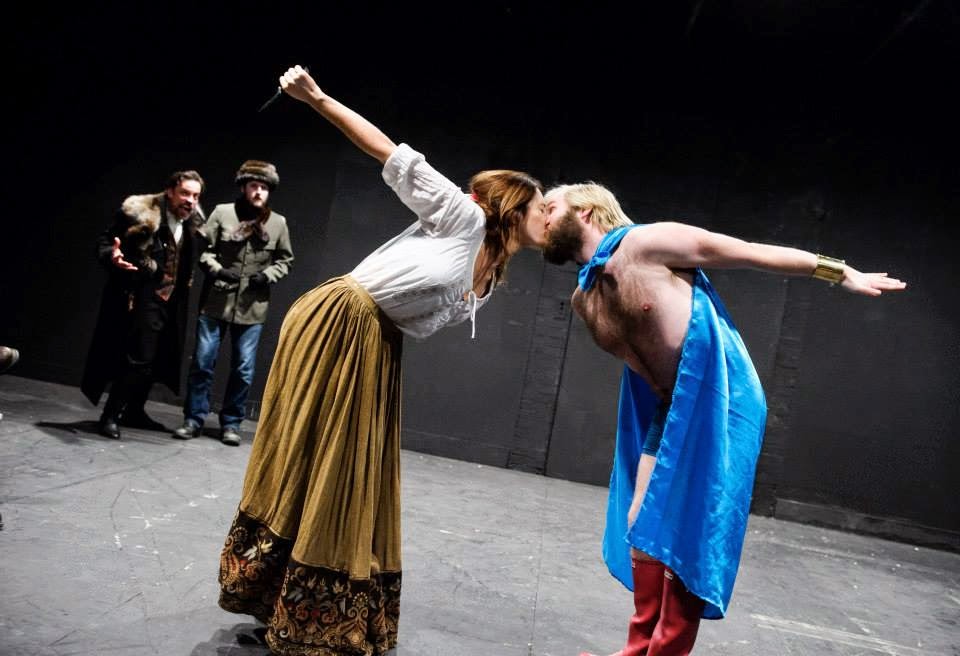 With the evil Mayor (Hannah Boyde) and his son Henry (Peter Stickney) ready to step in if the Dragon's defeated, the relevance to any country that's overthrown a dictator only to see a worse one installed is obvious. But the play's not without contemporary relevance, the propaganda that paints Jews and Gypsies as monsters to distract from atrocities closer to home is hardly a million miles away from the way this country's press works to this day. 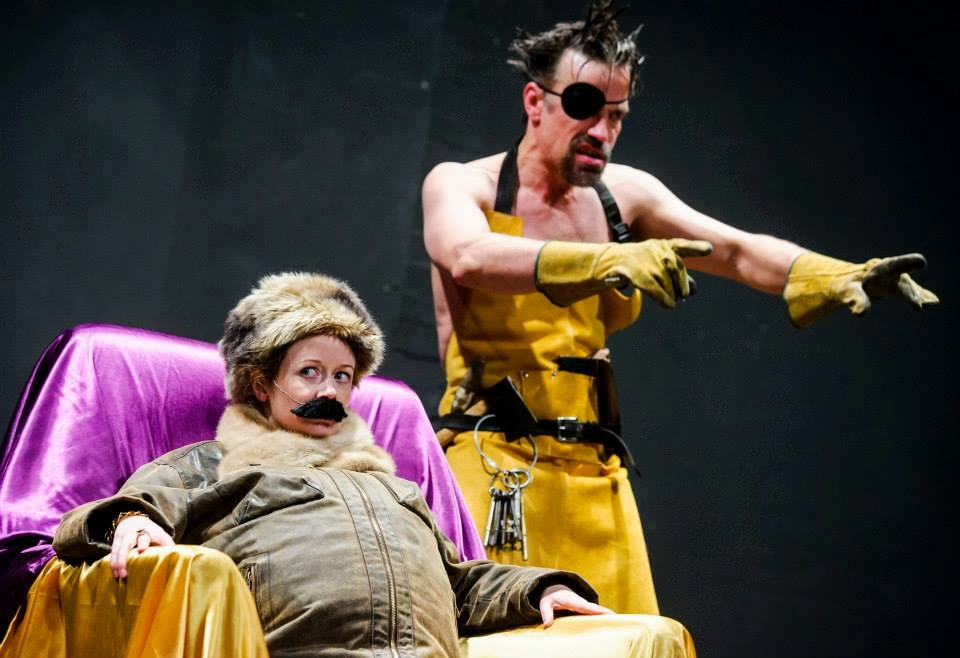 As seems to be a trademark of the company's work, The Dragon eventually sees the whole audience co-opted into playing the rest of the townspeople. The didactic, agitprop side of Schwartz's play is a bit too blunt to really make it satisfying, and the company's choice of pop songs to break into in a running gag is oddly dated, so all in all this doesn't quite have the joyous punch that Fuente Ovejuna did. But it's still a lot of fun, and a pleasingly eccentric take on classic political theatre.

The Dragon by Yevgeny Schwartz in a version by Daniel Goldman and Tangram Theatre Company is booking until the 10th of January at Southwark Playhouse's Little Theatre.