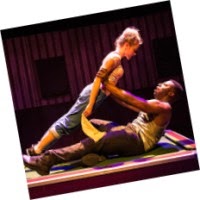 Othello is the second Shakespeare play this year that I've already got three productions of lined up. Like The Merchant of Venice the first I'm seeing is a return visit to a production I saw some years ago; and like The Merchant it makes for quite a challenge for the future versions to rise to. Frantic Assembly revive their heavily edited, dance-infused version of the play which moves the action from a military encampment in Cyprus, to a violent gang based in a Yorkshire pub called The Cypress. The landlord's daughter, Desdemona (Kirsty Oswald) has secretly married the leader of the gang, Othello (Mark Ebulue.) The secret causes a fuss when it comes out, but it's soon forgotten in the aftermath of a conclusive victory over a rival gang, in which Othello's popular new lieutenant, Michael Cassio (Ryan Fletcher) plays a major role.

But Othello and Cassio aren't golden boys in everyone's eyes: Iago (Steven Miller) believes his wife cheated on him with Othello, and decides to get his own back by convincing him that his new wife is already sleeping around with his lieutenant. 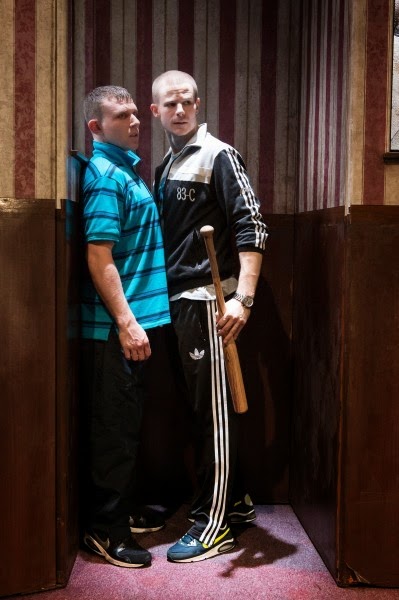 Othello tends to be Iago's show, and in this edited version he's rarely offstage. Miller isn't the most charismatic or funny of Iagos but instead he's streamlined into a creature of pure hate, in keeping with the edit that simplifies his motives for hating Othello. With a lippy Northern Desdemona Oswald manages to give some life to a character who often comes across as a bit nondescript, and though the text cuts mean Emilia has little chance to make an impact early on, Leila Crerar, returning from the original 2008 cast, gives her a strong presence in the concluding scenes. 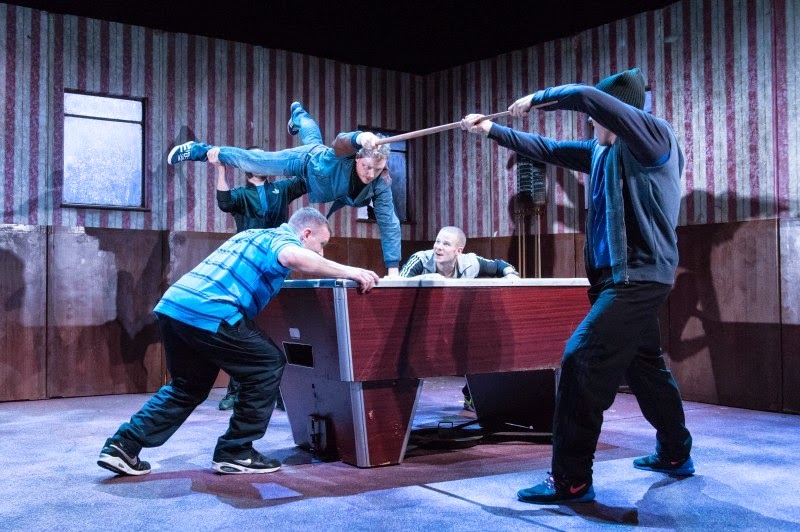 But while individual performances are good, Scott Graham's production is one where the style is the substance. Opening with loud music and one of the powerfully physical dance routines that appear throughout the show, it has a relentless energy that pushes the action to its inevitable conclusion, the climactic murder scene one of the most creative visuals as Graham reverses the positions we would expect to find the two actors in. Laura Hopkins' set adds an almost literal fluidity to the movement, the pub's walls concertinaing nightmarishly behind the most dramatic moments of action. 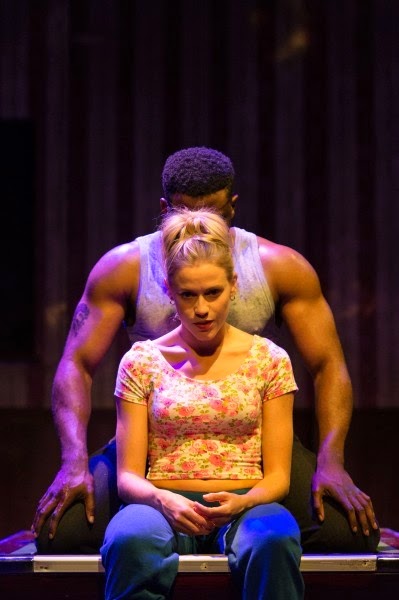 Tonight's show ran a bit longer than the advertised 100 minutes (I did get the impression from one slightly awkward scene that the actors might have been covering for some technical problem.) If this is the show running slower than usual though, the pace it still manages is impressive in itself - Ian summarised his opinion as just "wow" afterwards, and once again large groups of teenagers in the audience were silently engrossed in Shakespeare.

Othello by William Shakespeare is booking until the 7th of February at the Lyric Hammersmith.