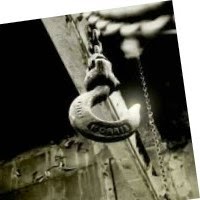 It seems like at least half the theatre bloggers in London are still eagerly awaiting the return of Armstrong's War, which far too few people got the chance to see in 2013; in the meantime we can make do with the Finborough giving over its Sunday-Tuesday slot to another Colleen Murphy play. Pig Girl is a much darker affair though: In Zoe Hammond's design, to stage left and right we have a Sister (Olivia Darnley) on the phone to a Police Officer (Joseph Rye) about the disappearance of her troubled younger sister. She's not the first drug-addicted prostitute to go missing from Vancouver and rumours of a serial killer have been rife for years, but there hasn't been a single piece of physical evidence so the police can't even officially open an investigation. These phone calls to the police take place over several years, during which time a picture slowly starts to build of what's happening to the missing women.

These scenes alternate with the action centre stage, which takes place over a much shorter period: In a remote barn the Killer (Damien Lyne) has hung the Dying Woman (Kirsten Foster) from a meathook and proceeds to abuse and murder her. 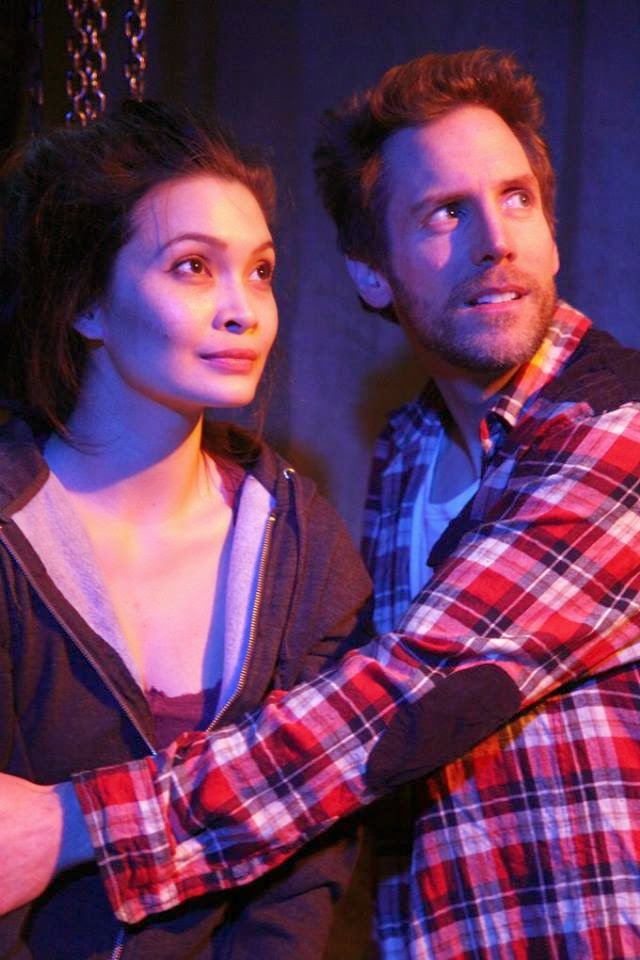 The above summary pretty much covers all that happens in the play but Pig Girl rarely feels like its story is stalling. The central scene of torture and death is of course pretty hard to watch, but Murphy's structure that plays out the two sides of the story in different time frames shows the Sister, in her desperation even to get confirmation of her sibling's death so she can at least have closure, going through a much more protracted form of torture of her own. 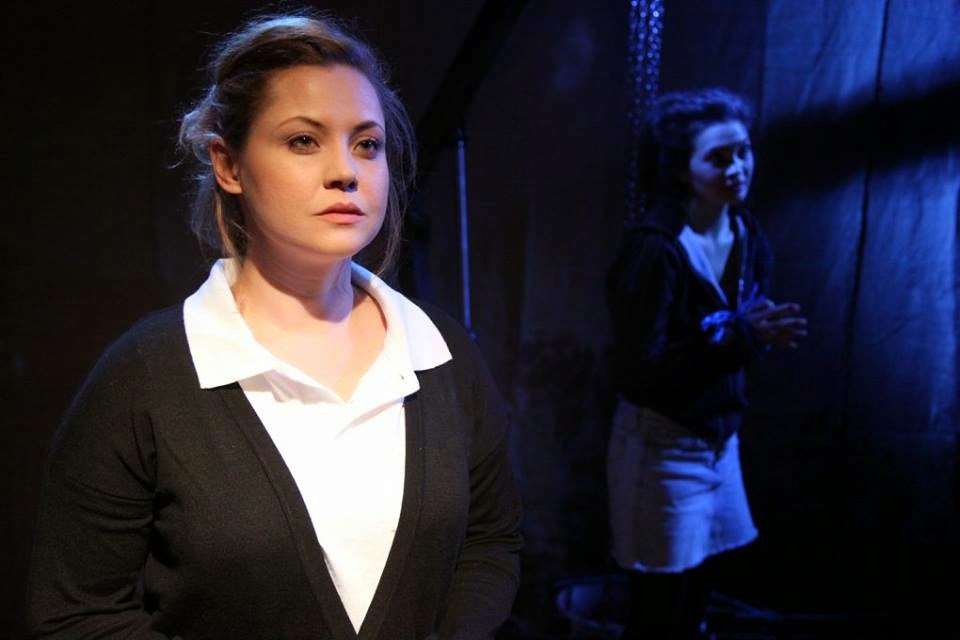 With strong performances from all four actors, Pig Girl even lets us in on some of the traumatic background of the Killer, while the initially callous-seeming Police Officer seems to crumble emotionally as the years go by almost as much as the Sister; the possibly-imaginary knocking at the door he starts to hear, as a combination of guilt and ineffectiveness start to get to him, contributse to Helen Donnelly's production having some of the feel of an unbearably dark thriller. It's not a comfortable watch, but it's often a powerful one.

Pig Girl by Colleen Murphy is booking in repertory until the 16th of February at the Finborough Theatre.