For the RSC's run through the complete works of Shakespeare, Much Ado About Nothing is being staged under the title Love's Labour's Won, on the (reasonable) assumption that this is the real identity of the mysterious "missing" comedy some sources refer to. In Christopher Luscombe's paired productions it's being presented as a direct sequel to Love's Labour's Lost, which ended with the various couples separated as the men go off to the First World War. Love's Labour's Won has been set at Christmas 1918, with Leonato's (David Horovitch) home still being used as a makeshift hospital, his daughter Hero (Flora Spencer-Longhurst) and niece Beatrice (Michelle Terry) nursing wounded soldiers. But the War is over now and the house can start going back to normal with the arrival of a victorious regiment led by Don Pedro (John Hodgkinson) and including Beatrice's ex-lover and favourite sparring partner Benedick (Edward Bennett.)

Hero soon catches the eye of the newest war hero among the soldiers, Claudio (Tunji Kasim.) A marriage is hastily arranged between them, but Don Pedro's embittered brother Don John (Sam Alexander) has a plan to spoil their happiness. 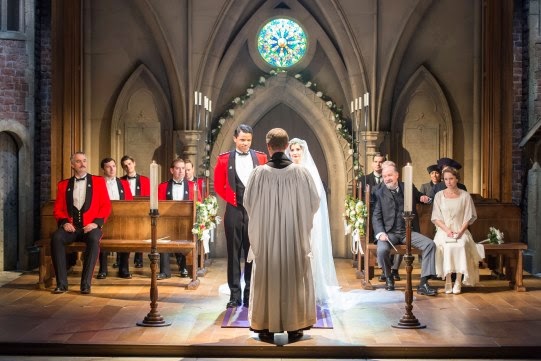 Whatever title it's presented under, of course, the story everyone's most interested in is that of the warring Beatrice and Benedick, who are tricked into falling in love with each other (or into admitting how they already felt, depending on how you look at it.) They're given extra focus now as, in Love's Labour's Lost, we saw them first fall for each other under different names. Terry and Bennett make for quite a warm, rather than explosive pairing. The opening image of Beatrice as a nurse is quite fitting, as there is something of the matron to Terry's stern-but-kind portrayal. It's a shame though that, after Bennett gets to do a lot of slapstick in his half of the gulling scene, she just gets to stand at a window watching for her half1. 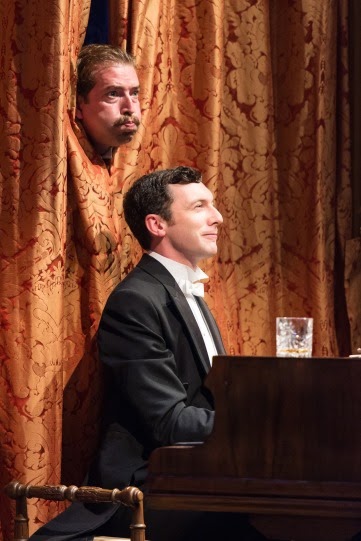 The production as a whole raises more smiles than big laughs (and is probably best watched from one of the circles - once again Luscombe and designer Simon Higlett seem to have conspired to get bulky furniture in as many Stalls eyelines as possible.) There's a few underwhelming turns; the idea to have Don John wounded in the war is a good explanation for his bitterness towards the healthy young couple, and if this malice is a more recent development it makes more sense for his own brother not to spot it. But Alexander plays him unusually low-key with no real viciousness2, which it's left to Chris Nayak's nicely sinister Borachio to provide. 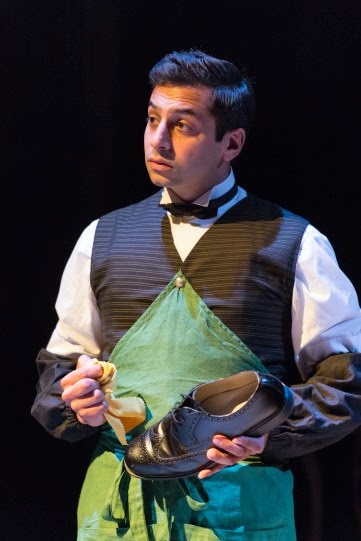 Claudio's behaviour is pretty appalling - despite this being the whole point of Friar Francis' (Jamie Newall) plan, he never actually gives a shit about Hero's "death" until her innocence is proven. Kasim was never going to be the actor to give him depth but that's not really what the production is going for, as it turns out: Beatrice's "forgiveness" of him at the end is forced out of her, and far from heartfelt. 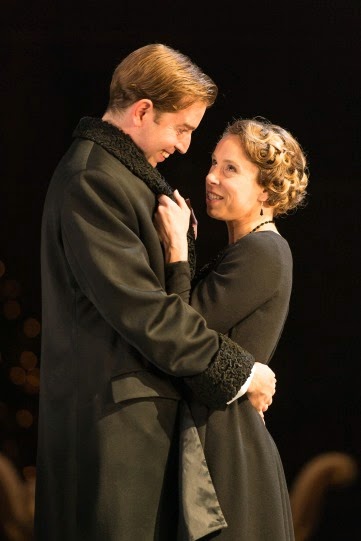 In the clowning scenes of the inept Night Watch, Nick Haverson's Dogberry plays his malapropisms mercifully straight and even manages a touch of pathos in the scenes where his dignity's offended. There's a bit of worrying twitching, but nothing too serious - I'm just oversensitive to Dogberry-related twitching ever since Paul Hunter's Globe performance was allowed to happen. The Watch scenes are decent on the whole, the deposition to the Sexton (Chris McCalphy) given a domestic touch, with everyone cramped around a kitchen table and Peter McGovern's George Seacole doing the dishes. 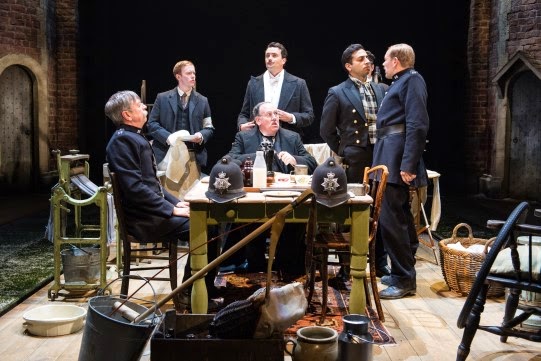 This pairing of plays makes a good case for Much Ado About Nothing being the fabled missing play, while taken on its own Luscombe's is a decent production, but not an unmissable one.

Love's Labour's Won or Much Ado About Nothing is booking in repertory until the 14th of March at the Royal Shakespeare Theatre, Stratford-upon-Avon.

2the line "every man's Hero" really should elicit some kind of audience reaction; a gasp for preference
Posted by nick730 at 20:33