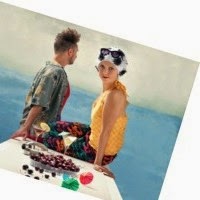 Before the current creative team at the Bush got into the pretty good run they've enjoyed for the last couple of years, there was a very shaky six months or so. For me, the only redeeming quality of that time came from Caroline Horton's charming one-woman show You're Not Like the Others Girls Chrissy, so the prospect of Horton and director Omar Elerian teaming up again at the venue was one I'd been looking forward to. Of course, I don't expect writers to do the same thing in every show nor would I want them to, but if Islands is trying to be radically different it succeeds a bit too well - in that her last show was actually good. Horton plays Mary, a self-proclaimed god who, along with sidekicks Agent (John Biddle) and Swill (Seiriol Davies) form a holy trinity who launch a floating island, so they can stay away from the stinking Shitworld below, and keep all their cherries for themselves.

They do bring a pair of ordinary people along, but Adam (Simon Startin) and Eve (Hannah Ringham) soon find they're only there to help the gods screw over Shitworld, and not to enjoy the pleasures on offer themselves. 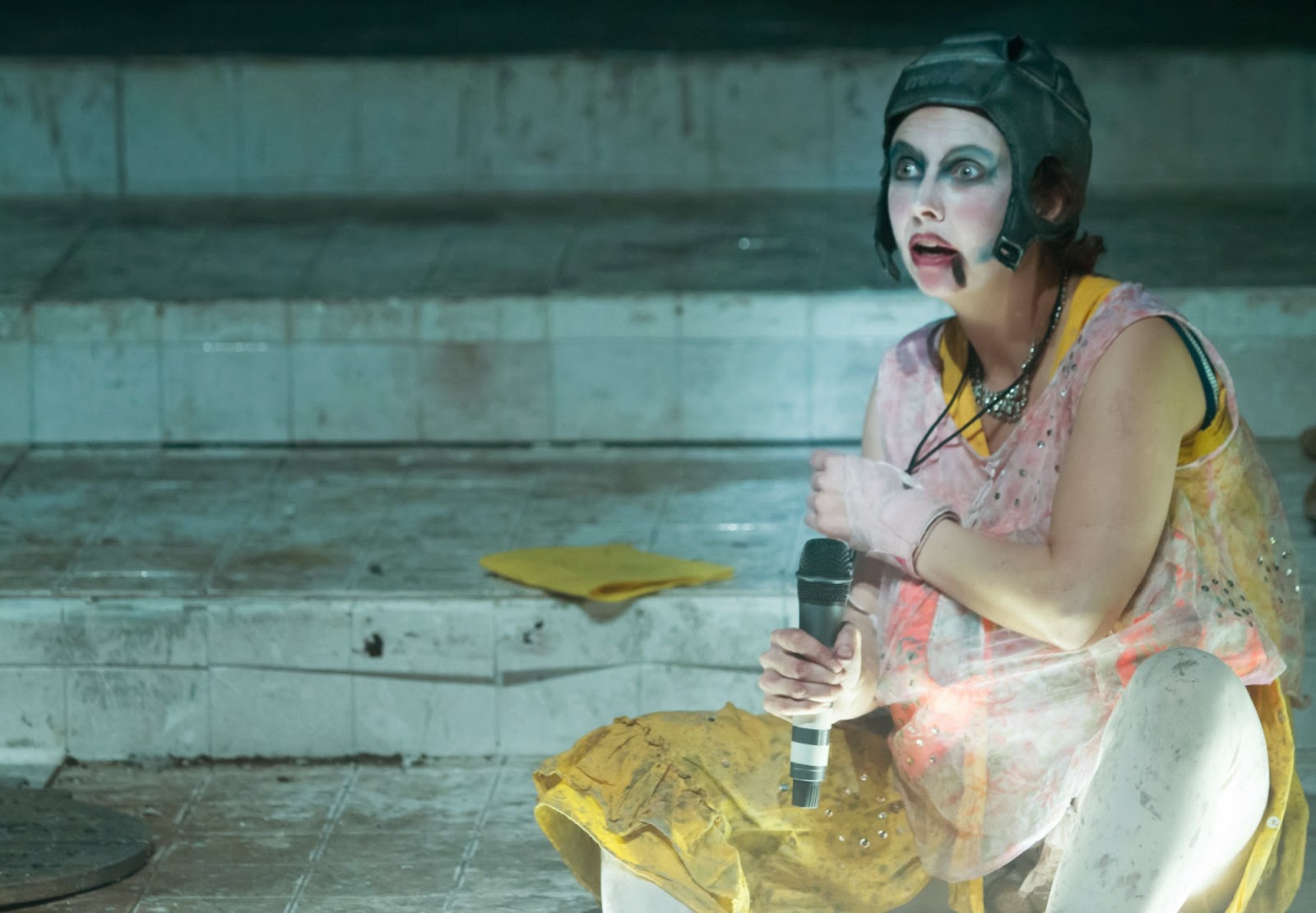 Islands is about off-shore tax havens, which are A Bad Thing, and the people who use them Don't Care About The Poor, a point that's pretty much been made in the first 15 minutes, and then continues to be made for about 7 times that length of time. The honking great parable roughly follows the timeline of the financial crisis, with each new development being met by the gods with a scramble to cover their arses, and blame the people whose lives they've ruined for their plight. 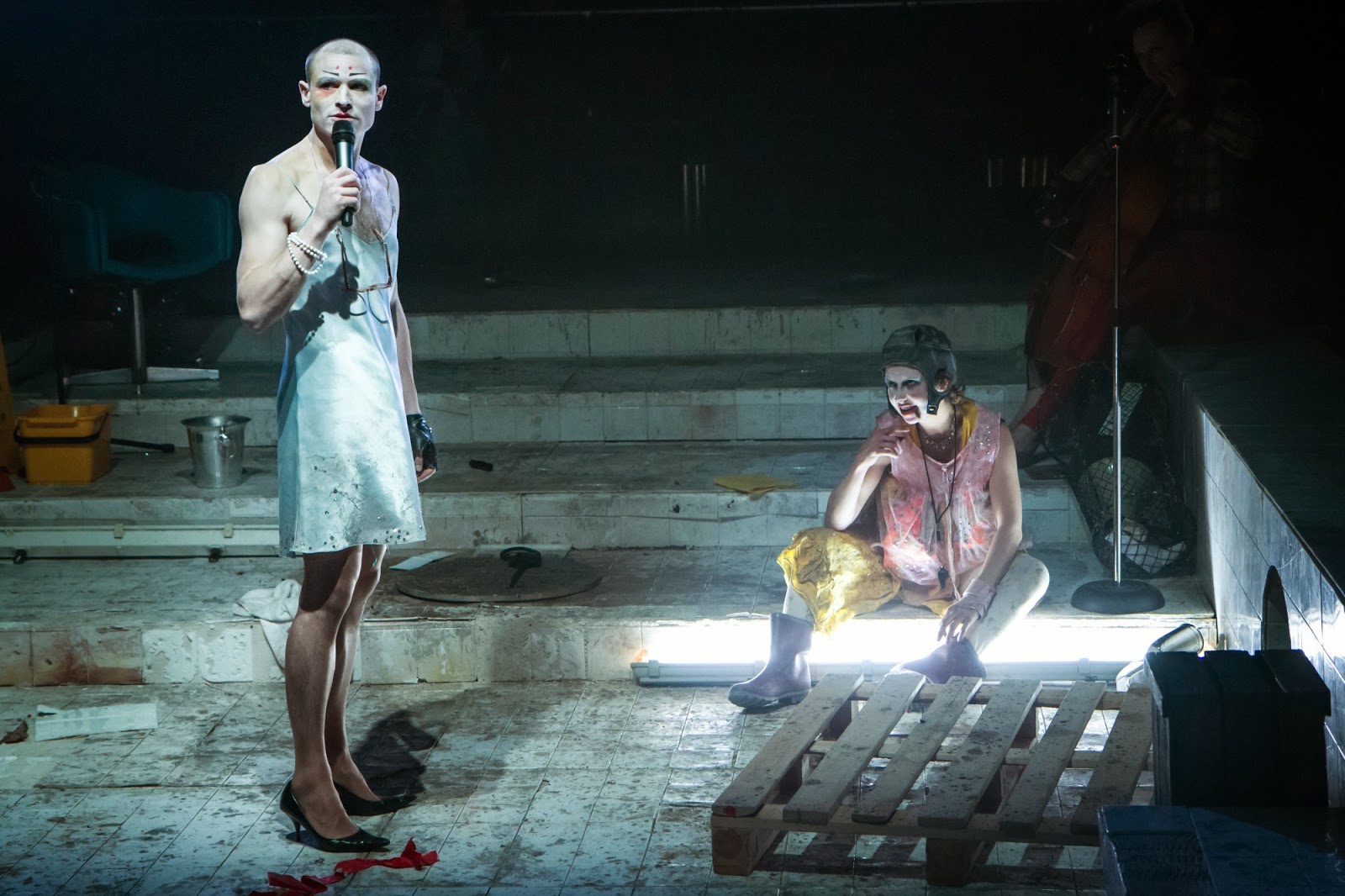 On Oliver Townsend's well-realised in-the-round set of an empty swimming pool, the actors wear grotesque clown makeup, rubber tits and balloon bollocks hanging out of their costumes. They carry big crates of "cherries" (yes there's air-quotes in case we didn't realise it's actually the blood of the oppressed) to add to their pile. The gods humiliate their underlings and the performers shriek their way through the clumsy religious metaphor. Basically, it feels like something Belarus Free Theatre found round the back of the sofa. 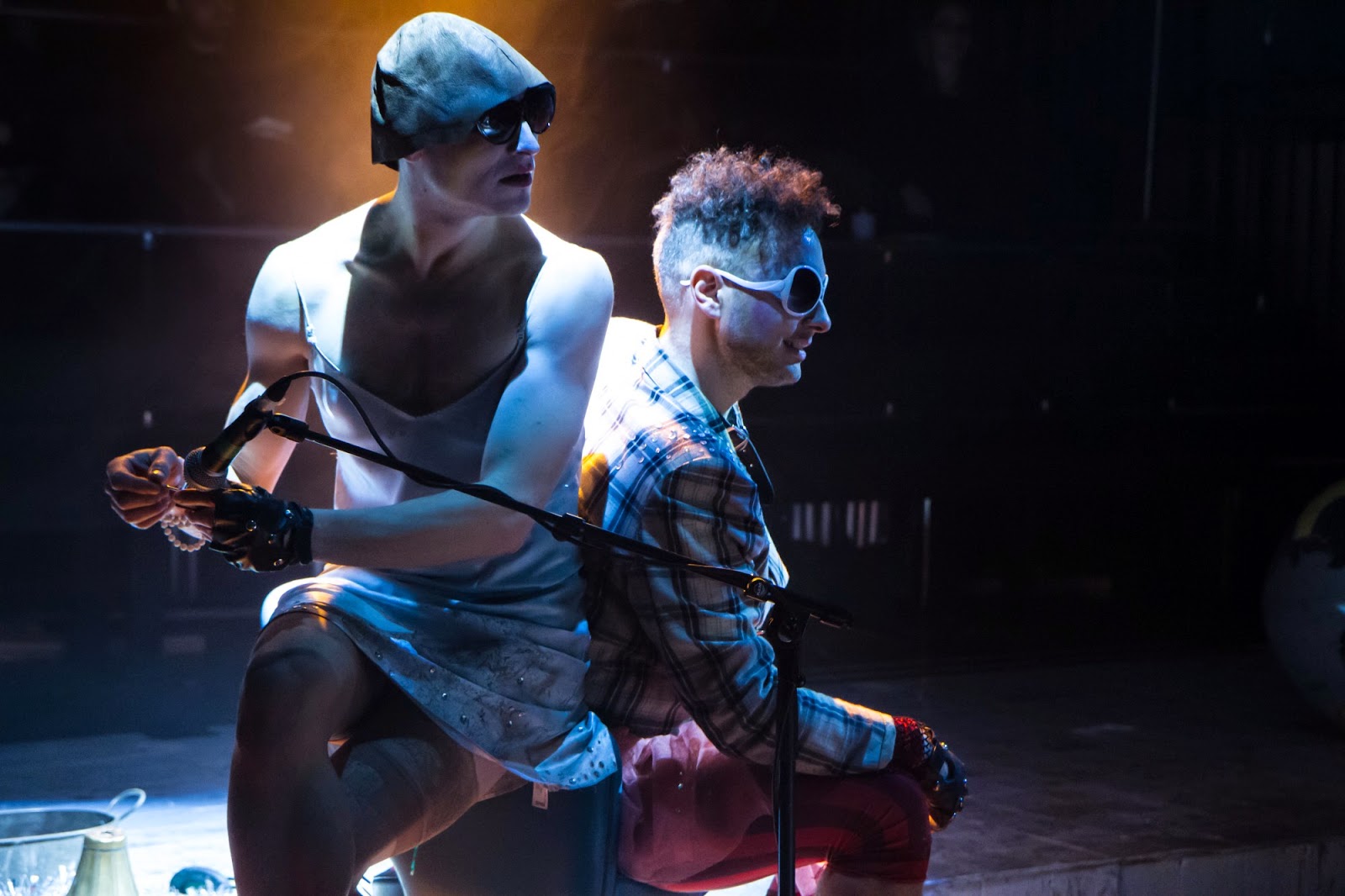 The characters are of course smug, but I couldn't help feeling some of that self-satisfaction aimed towards the audience as well - Davies smirks as he waves goodbye to the many, many, many, many, many, many, many audience members who walked out, beginning about half an hour in and continuing in an ongoing trickle for the next hour. The play even acknowledges the walkouts by offering a count to ten when the characters cover their eyes so people can escape. Theatre with a high number of walkouts tends to sell it as a sign of people being offended, or not getting the show, or feeling uncomfortable about the themes raised; of course the vast majority of people leave because they feel their time is being wasted. And one thing you can't accuse Islands of being is interesting.

Islands by Caroline Horton is booking until the 21st of February at the Bush Theatre.