Theatre review: The Chronicles of Kalki 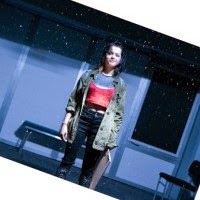 Concluding the Gate's patchy "Who Does She Think She Is?" season on women and identity is, for me, the most interesting of the imported American shows we've seen get their UK premieres here. Alex Brown directs a breathless production of Aditi Brennan Kapil's play The Chronicles of Kalki, which sees a pair of teenage girls find empowerment with the help of a friend who may or may not be the living embodiment of a god. Kalki (Amrita Acharia) is the new girl in school, arriving halfway through an RE class about the avatars of Hindu gods. She befriends two girls whom she nicknames Meat (Angela Terence) and Betty (Jordan Loughran.) Never the most popular girls in school, they've even turned on each other recently, each thinking the other is holding her popularity back. Betty wants to be accepted by the resident gang of mean girls, the C-Cups, while Meat just wants the boys to notice her.

The story's told in flashback as the girls are interviewed by a Policeman (Trevor Michael Georges,) following Kalki's assault on a young man and subsequent disappearance. The girls seem pretty sure they won't be seeing their friend again - possibly because she always insisted she was the apocalyptic final avatar of the god Vishnu, summoned to the Earth to destroy demons and herald a new age. 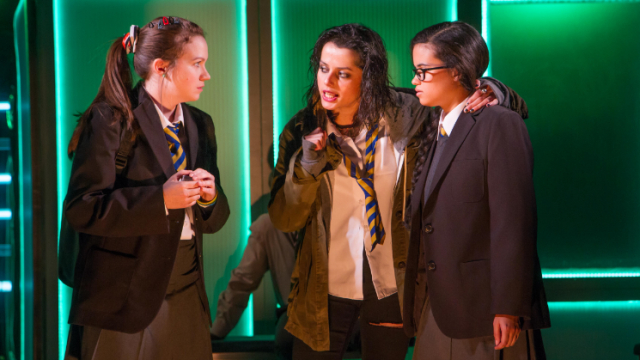 Kapil's play interestingly riffs on the trope of the bad girl who arrives in town out of nowhere and drags the seemingly innocent girls she meets into an unknown world of adventure; here it becomes a metaphor for them discovering their identity as young women, and though Kalki's treatment of them is often harsh, their journey feels unquestionably like one of empowerment. 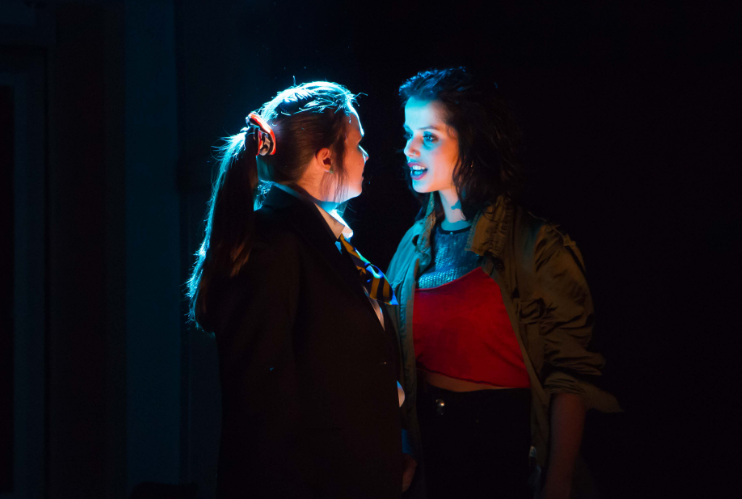 Opening with a very funny stream of consciousness from Terence, who barely seems to pause for breath while recounting a dream, The Chronicles of Kalki has a great supply of funny one-liners - "I want to play hard to get, but it's difficult when nobody's trying to get you" - that balance out the cruelty it also offers. The cast keep English accents, which occasionally jar with the rhythms of dialogue written for American accents, but for the most part the decision to have a goddess descend on a school that could be round the corner from the theatre is a good one. 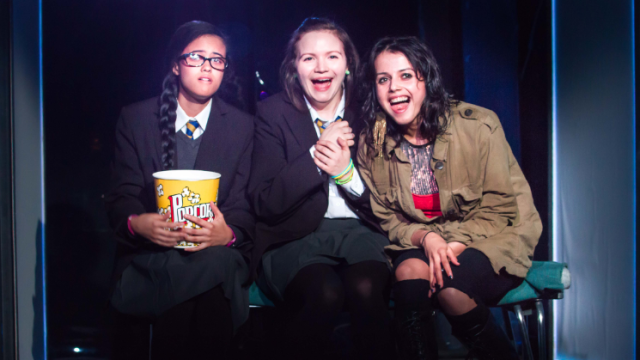 There's a nicely measured quality to the scenes with Georges' patient cop (I decided not too dwell too much on how come he was questioning two underage girls without a parent or lawyer present) that's juxtaposed with the stylish comic-book world of the flashbacks. In Madeleine Girling's design, the walls of the bland interview room part to let in the colourful, rain-soaked world of Kalki and her dark adventures. Kapil's play goes by in a bit of a blur but Brown's production makes it an exciting, ultimately optimistic blur.

The Chronicles of Kalki by Aditi Brennan Kapil is booking until the 31st of January at the Gate Theatre.