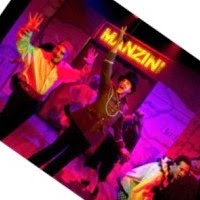 Unusually for the Finborough, their first show of 2015 is running for two months rather than just one - like one of its characters, they must be optimistic about the chances of The Grand Tour, a 1979 Jerry Herman musical that has never before been staged in Europe, finding a large audience. Set in France in 1940, it follows Polish Jew Jacobowsky (Alastair Brookshaw,) who's been fleeing persecution all his life, and now buys a car to make his latest escape - except he can't drive. Antisemitic Polish Colonel Tadeusz Stjerbinsky (Nic Kyle) has a list of names he needs to deliver to London to help the resistance against the Nazis back in Poland. He can drive, but has no means of transport, so with only the country of their birth in common the two team up for a journey to freedom - stopping along the way to pick up Marianne (Zoë Doano,) the French woman the Colonel loves.

The titular tour sees them fleeing the Nazis (or one of them at least) by car, train and circus cart, Jacobowsky somewhat inevitably falling for Marianne himself. 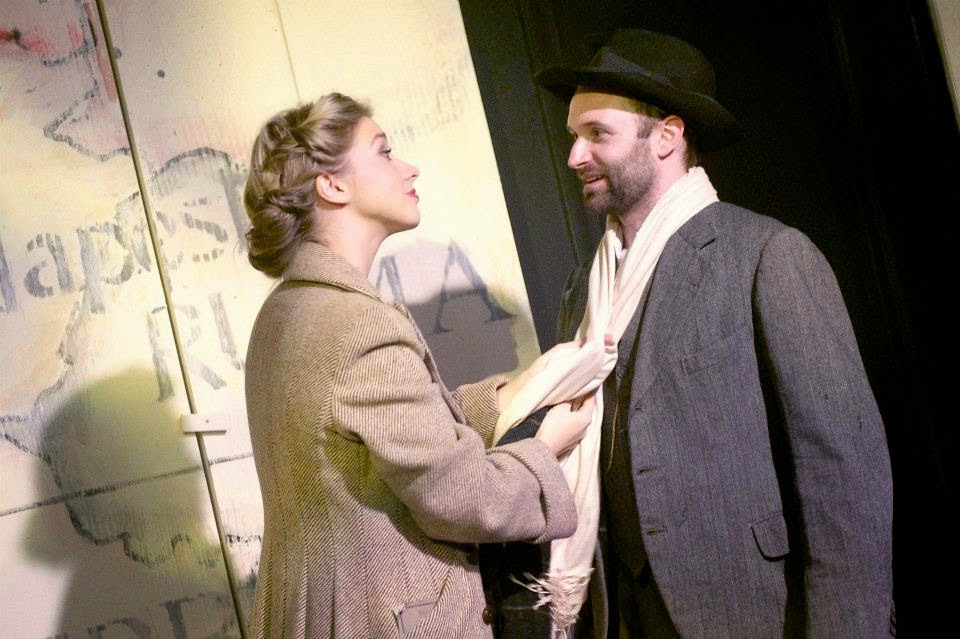 The Grand Tour is an odd little show, and one which never really gets off the ground. The opening song "I'll Be Here Tomorrow," with Jacobowsky recounting the many times he's had to flee persecution, is a strong one, but the rest of the tunes all blur into each other, probably not helped by the simple arrangement on two pianos. At the interval another audience member randomly came up to me to say "all Jerry Herman songs sound the same, don't they?" The fact that I left the theatre with the title song from La Cage Aux Folles stuck in my head doesn't exactly disprove his point. 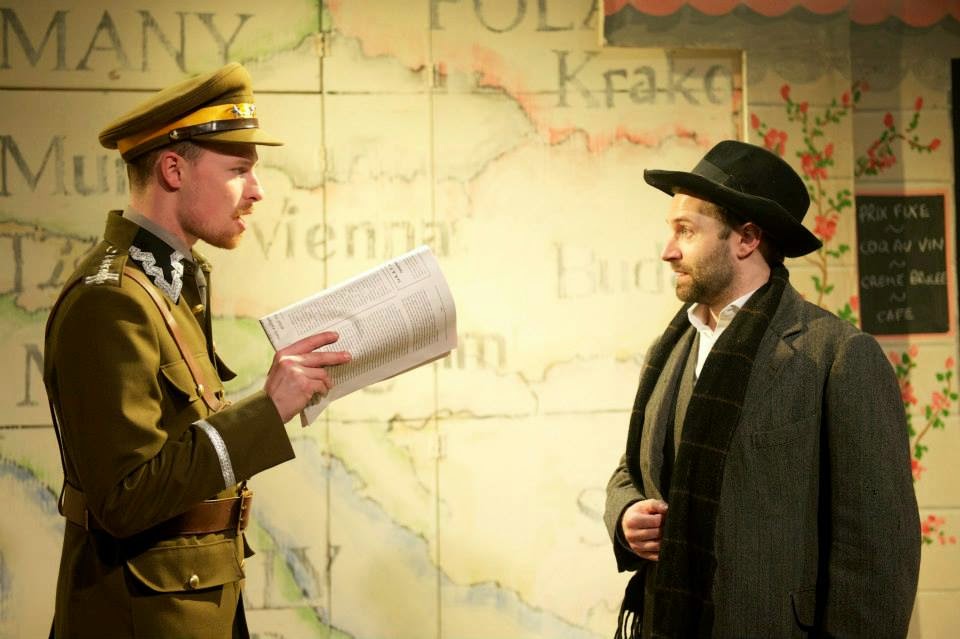 The story too is problematic, never really finding a tone that feels suitable to such a dark setting, and Thom Southerland's production doesn't manage to make the central pairing make much sense; Brookshaw's downtrodden optimist is as likeable as he's clearly designed to be, but Kyle's Colonel is just as clearly designed simply to be his opposite: Where Jacobowsky's spent his life running away, Stjerbinsky's fighting instinct is meant to be seen as honourable, but comes across as a remarkable lack of survival instinct, particularly insane considering how many other lives he has in his hands. Openly, unapologetically antisemitic, it's hard to see what attracted the bright and open-minded Marianne to him, and as his bigotry is never addressed, the two men putting aside their differences to declare themselves friends seems to come simply because that's the point in the story where something like that ought to happen. 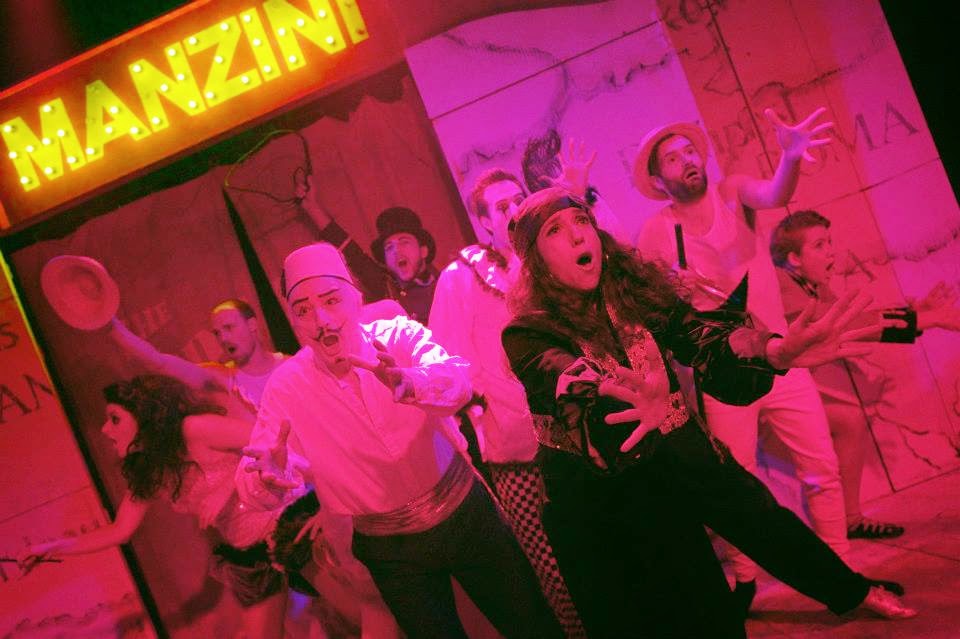 Phil Lindley's set is an undoubted star of the show, with its numerous doors and fold-out sections giving it the feel of a pop-up book; best not to try and find any geographical accuracy on the map that forms the backdrop though. And irksome little details like this do stand out in a show that doesn't hold the attention enough for them not to: The entire ensemble gets decked out in bright costumes to represent the circus, so would it have been too much for one or two of them to occasionally appear as German officers in the background? As it is Blair Robertson's SS Officer is apparently The Only Nazi In The Village, making it little wonder that the trio keep eluding him so easily. For the climactic scenes, they are brought together with the British Agent (Michael Cotton) in a convent; because if you're fighting Nazis in a musical, you can't do it without nuns, they're like Nazi Kryptonite. Overall The Grand Tour is not as grand as it should be, sweet to the point of twee and with a script that's more hole than plot.

The Grand Tour by Jerry Herman, Michael Stewart and Mark Bramble, based on Jacobowsky and the Colonel by Franz Werfel and S.N. Behrman, is booking until the 21st of February at the Finborough Theatre.