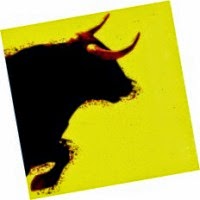 Although London audiences were impressed by Mike Bartlett's Cock, it's taken a while for the companion piece, Bull, to make its way here (the premiere production was originally seen in Sheffield.) Both plays turn a bloody animal fight into a verbal sparring between humans that's not much less brutal; but where the first play looked at poisonous personal relationships, Bull takes us to a boardroom so cutthroat LdAlan Sugar would need a mop to clean up the blood after every firing. Thomas (Sam Troughton,) Isobel (Eleanor Matsuura) and Tony (Adam James) are a sales team in a company being downsized. One of them will be getting fired, and Carter (Neil Stuke) is on his way to make a decision. But the outcome seems inevitable long before he arrives, as Isobel and Tony have no intention of losing their jobs, and if it takes destroying Thomas completely, that's what they'll do.

The play starts in recognisable enough territory as the two more confident employees gently undermine the weaker one with suggestions that his suit's not good enough, he's got something on his face, he's not as well-prepared as them because they conveniently forget to tell him the whole story. But things quickly escalate into darker, more perverse bullying. 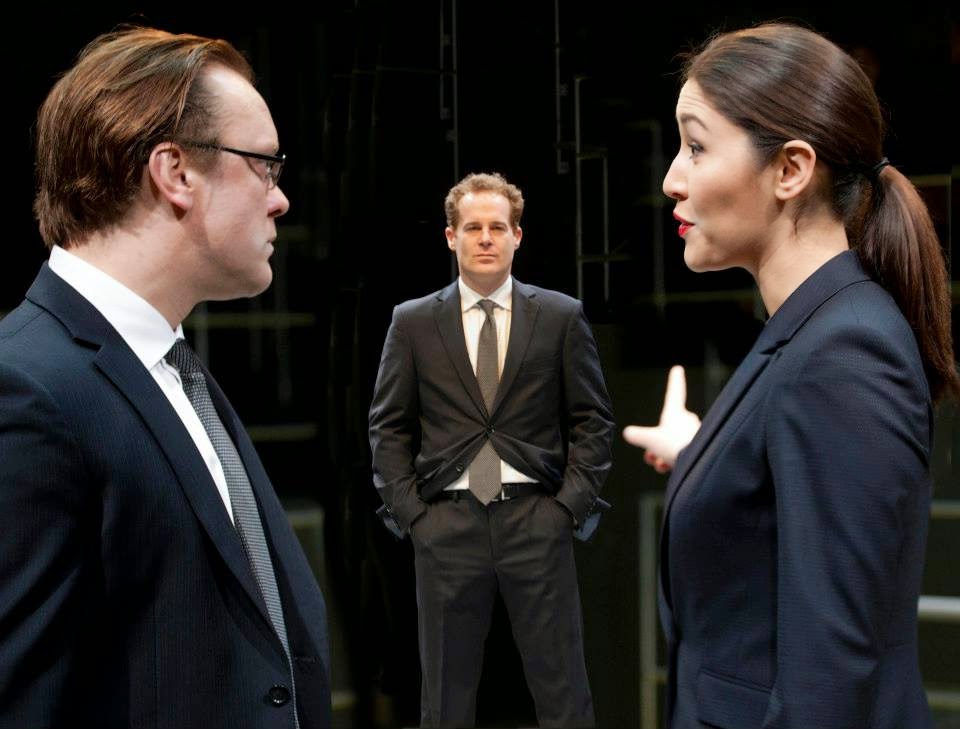 Soutra Gilmour's in-the-round set puts most of the audience on raised seating banks, but also has two rows of people standing "ringside." Before Clare Lizzimore's production starts there's also a number of songs you'd associate with boxing, but despite all that the title's suggestion that this is more like a bullfight is accurate. Thomas is the bull, and if Carter is the matador all he really has to deliver is the killing blow: Tony and Isobel have crippled him long before the boss, who looks suspiciously like he's in on everything that's gone before, has even turned up. 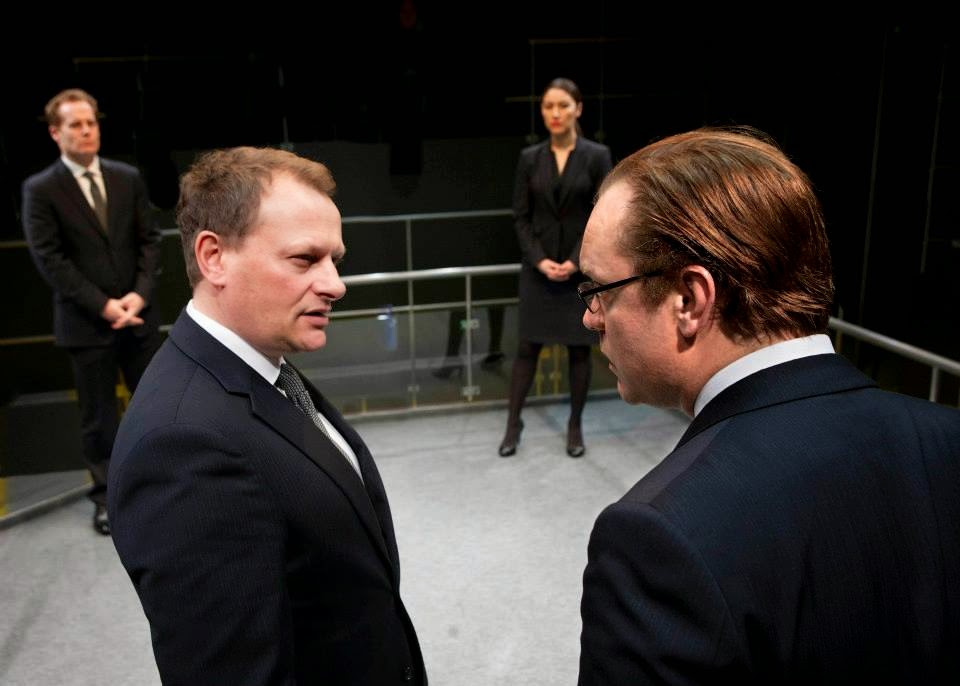 Although on the surface Bull sees the job losses as the result of the financial crisis as an excuse to let out the worst in people, it also takes a more general look at workplace bullying, which it soon becomes apparent Thomas has been putting up with for quite some time. Indeed, its most distressing moments come after his colleagues have got what they want, Isobel in particular continuing to stick the boot in, revealing the lengths she's gone to to get the upper hand, and clearly not happy until she knows Thomas has been emotionally crippled beyond repair. 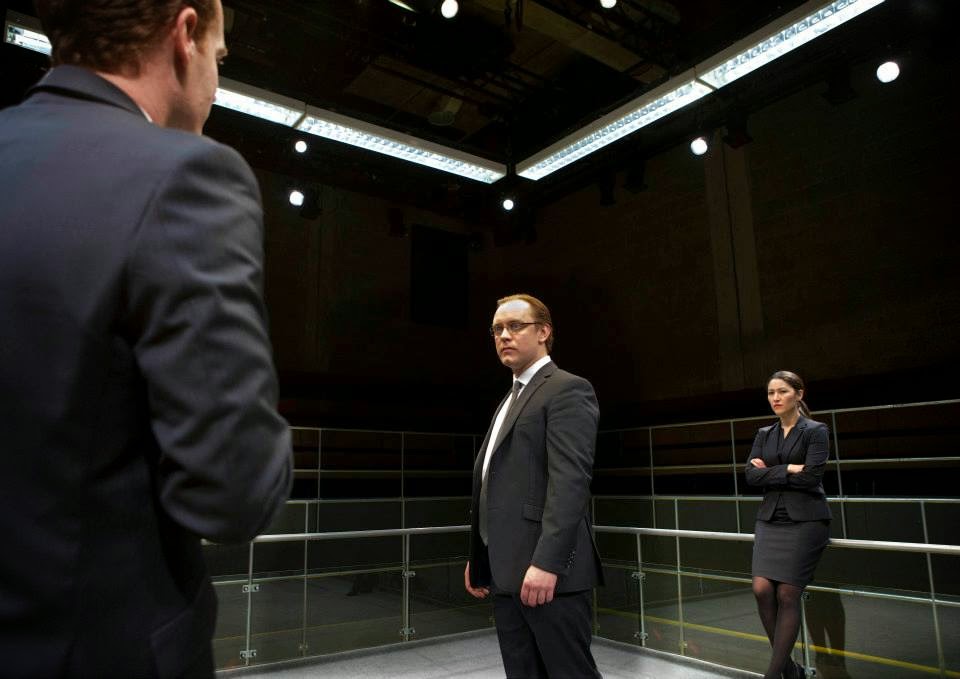 Although all the performances are excellent, Troughton particularly stands out as his character goes through a physical transformation - from the start he's clearly not on a level playing field with the others, his verbal jabs crude compared to theirs, but by the end he's become a lumbering, drooling beast under the weight of the psychological assault. Opening with cruel but funny wit, moving on to an almost surreal feel as Tony's intimidation of Thomas takes the form of him literally trying to make him submit to his superior physique, and ending up almost unwatchably devastating, Bull is impressive but far from comfortable to watch. Andy said he suspected Matsuura's character would haunt his nightmares, and he probably won't be the only one.

Bull by Mike Bartlett is booking until the 14th of February at the Young Vic's Maria.