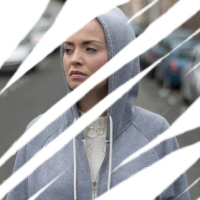 Following well-received runs at Sherman Cymru and the Edinburgh Festival, Gary Owen's monologue Iphigenia in Splott gets a run at the Keith outside the National Theatre. Effie (Sophie Melville) is a grotesque figure of an angry, drunken chav, assumed by everyone who sees her to be a slut and viewed with a mix of fear and contempt. She does spend most of her time either drunk or hungover, has a permanently curled lip, an attitude of sexual superiority and an aggressive way of dealing with anyone who dares to get in her way, but obviously Owen plans to reveal greater depths to her, and the way in which he sees her as a modern-day Iphigenia - Agamemnon's daughter sacrificed by the state at the beginning of the Trojan War. Melville and director Rachel O'Riordan have opted to open the show in a deliberately alienating style that sees the actress create a cartoonish Effie, whose rubber-faced drawling put me in mind of a Spitting Image puppet.

Although it's obvious how much effort Melville is putting into the character, it was a performance style I couldn't warm to, but things take a turn when Effie recounts her one-night stand with an amputee former soldier. 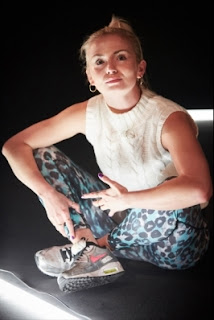 This is where Owen and Melville let us into the emotion and huge amount of vulnerability that lie under Effie's aggressive front, and at this point the performance really turns into something powerful - the story's next turn is obvious but it's very well-handled. She does end up making a sacrifice of sorts, but Owen's eventual point is that it's not just Effie but everyone in Splott and places like it who are his Iphigenia figure. The point is hammered home a bit too unsubtly in the closing moments but despite its unremittingly bleak outlook Iphigenia in Splott holds onto enough moments of defiant humour and underlying humanity to avoid turning into full-on misery porn.

Iphigenia in Splott by Gary Owen is booking until the 20th of February at the National Theatre's Keith.