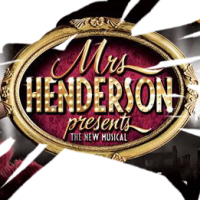 The latest screen-to-stage musical sees Terry Johnson (writing and directing) take inspiration from Stephen Frears' 2005 film Mrs Henderson Presents, that starred Judi Dench as a real-life, unlikely pioneer of onstage frontal nudity. With music by George Fenton & Simon Chamberlain and lyrics by Don Black, this stage version sees Tracie Bennett take on the role of Laura Henderson, the wealthy widow who, more or less on a whim, decides to spend her late husband's money on the Windmill Theatre. She gets struggling impresario Vivian Van Damm (Ian Bartholomew) to run it for her, but "revudeville" is a flop. Mrs Henderson isn't ready to give up just yet though, and she finds a loophole in the censorship laws that will allow her Windmill Girls to appear nude on stage, as long as they stand still, recreating famous artworks. Unsurprisingly, she soon finds an audience of men interested in the rechristened "renudeville."

The Windmill's other claim to fame is as the only London theatre to stay open during the Blitz, Mrs Henderson seeing it as only fair to give a thrill to the men going off to war. 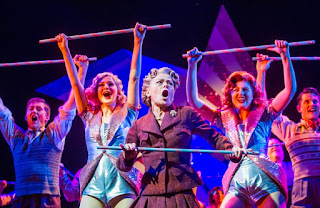 Although inevitably it'll be most noted for the young women getting their shirt potatoes out, plus a
SEVERE VADGE WARNING!
for some of them, this actually ends up being quite an old-fashioned show. The songs emulate some of the style of the period, and certainly the terrible jokes (deliberately terrible, but still terrible) by the MC, Arthur (Jamie Foreman,) who acts as the play's narrator, have a wartime flavour as well. Robert Hands as the Lord Chamberlain even gets a Gilbert and Sullivan pastiche, with a frankly bizarre dance routine by choreographer Andrew Wright. Also, there's quite a lot of playing the spoons, which after Andy Capp is making an unlikely play to be the first big 2016 theatrical meme. 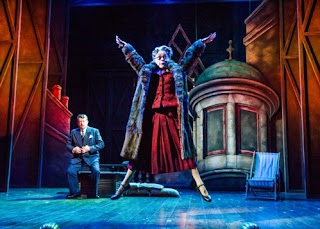 It's all lots of fun but the show seriously loses impetus after the interval, despite the fact that we're now in wartime and, with bombs falling all around the theatre, the stakes should be higher. It's possibly to do with the story's lack of focus really becoming apparent - Bennett is reliably powerful in the title role but the show keeps pulling away from her and her jolly, businesslike standing up to adversity, to go to a one-sided (borderline harassing) romance in which technician Eddie (Matthew Malthouse) pursues tea-lady-turned-vaudeville-star Maureen (Emma Williams.) 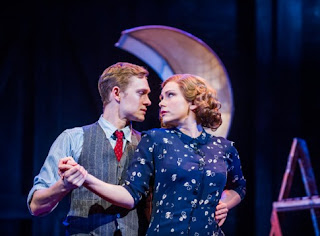 There seems to have already been some controversy over the show essentially bringing back a stage full of naked women as West End entertainment; although the first act's concluding scene of the Windmill Girls making a nude show of defiance against Hitler is effective, I did think the amount of times the cast got their norks out started to veer into the gratuitous. But given how much of this blog's USP revolves around me getting excitable about male onstage nudity, I probably can't be too critical when the flesh on show isn't to my personal taste (there is a bit of male exposure - Samuel Holmes' Bertie leads the charge of men joining the women in getting his arse out, and while there's much effort made to keep the men's genitals covered up, parts of Malthouse might bounce into view depending on where you're sitting.) 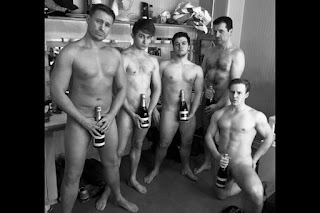 More problematic for me was the song "Innocent Soldier," basically dedicated to telling Maureen that fucking someone she doesn't love (or even seem to like much) because he might die is The Right Thing To DoTM - it was all a bit close to the nastier elements of Dogfight for my liking. Still, the show does get back on track after than and Williams gets an actual big number of her own in "If Mountains Were Easy to Climb." So there's much to like about Mrs Henderson Presents and the Noël Coward was full tonight, but I'm not sure who the long-term audience is for its combination of old-fashioned family entertainment interspersed with (slightly too gleeful) airing of vigorously waxed tumpsies.

Mrs Henderson Presents by Terry Johnson, George Fenton, Simon Chamberlain and Don Black, based on the screenplay by Martin Sherman, is booking until the 18th of June at the Noël Coward Theatre.