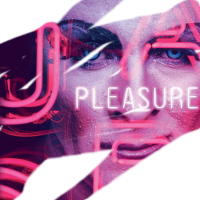 Obviously, I can't make any kind of claim to actually be able to review an opera: I know nothing about them and have only ever seen a handful - there's far too much theatre to keep up with without adding opera and ballet to the mix regularly. But the Lyric Hammersmith are hosting a couple of touring productions from the Royal Opera, and Mark Simpson's Pleasure stars Lesley Garrett as a toilet attendant in a Northern gay club; and if that sort of thing isn't enough to at least make you curious you're probably in the wrong place. Simpson is apparently the only person ever to have won both BBC Young Musician of the Year and BBC Young Composer of the Year, and his music here mixes somewhat discordant strings with occasional hints of synthesizer, reminiscent of Peter Davison-era Doctor Who when the entire score was done on a Casio keyboard.

Garrett's Val cleans the men's bogs as well as listening to the assembled gaiety's problems; she's not sure why she works there but every so often she's sent an anonymous gift. 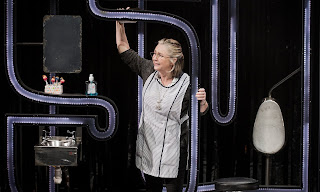 The other older voice in the club is Anna Fewmore (Steven Page,) a drag queen who's held on to a job there for 25 years despite her act mainly consisting of reminding the clubbers of their own mortality. One of the regulars, Matthew (Nick Pritchard,) falls instantly for a new face, a welder who claims to be straight and not sure what drew him to Pleasure, but Val recognises Nathan (Timothy Nelson) as the son she gave up at birth. It all ends tragically, because opera. 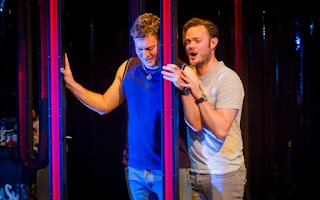 I found it pretty baffling, not in an "I don't know anything about opera" way, which goes without saying, (at least I could understand what they were singing, even if Melanie Challenger's libretto is sometimes banal and unintentionally funny,) but in an "I'm not sure exactly what point you're trying to make here, caller" way. I can't comment on the quality of the cast but they were all loud, which I think is the point, and nobody booed at the end. Which was actually quite disappointing because I thought opera audiences liked to boo pretty much anything, along the lines of "well I quite liked it actually but we've got to keep up this reputation of being notoriously hard to please, and I went to all the trouble of bringing these rotten eggs so I might as well throw them." 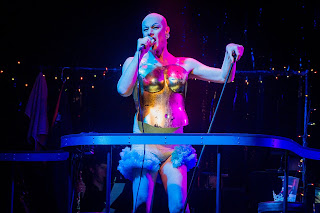 Anyway, I think the take-home lesson here is "don't talk to random strangers in the loo, it could end badly." Either that or "opera isn't a wise career path, one day you're at the Coliseum, the next you've got a bog brush in your hand and are singing 'Shit, vomit and piss, I don't even notice the smell anymooooooooooore!'"

Pleasure by Mark Simpson and Melanie Challenger is booking until the 14th of May at the Lyric Hammersmith.