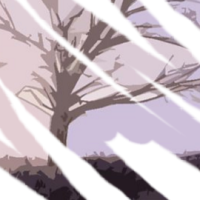 Of the new BBC radio adaptations of Shakespeare for the 400th anniversary of his death, I probably have the least the say about David Hunter's production of The Winter's Tale for Radio 3 - again one of the plays I least enjoy, and I was quite happily going to skip it until spotting the name Eve Best in the credit list. That's not a performance you're going to want to miss, but as always the trouble with a great Hermione is she's not actually in the play that much. Best's infectious laugh is in full force at the start as the Queen of Sicilia, whose husband Leontes (Danny Sapani) is welcoming his old friend and Bohemian king Polixenes (Shaun Dooley) to court when he suddenly gets an insane burst of jealousy that convinces him the two are having an affair, and the baby Hermione is carrying isn't his. His witch-hunt tears his family and kingdom apart, and it's only when his baby daughter Perdita (Faye Castelow) grows up and is found again in Bohemia that things can start to heal.

Of course, the play is worth listening to for Best's contribution alone, characteristically flirty and joyous in the opening scenes and steely in her trial scene. But she is missed during her lengthy absence from the middle of the play. One thing that has to be be said for these radio adaptations is that, while on stage getting too wrapped up in the beauty of the language can cause the production to stall, audio is a better way to appreciate the text in this way, and the writing comes off particularly well. But then I was listening to this while on the train, not trapped in a room waiting for the action to get going. There's also nice use of music here, composed by Tim van Eyken - who also plays Autolycus very much in the "lovable rogue" mould - the play opens with a haunting version of Sonnet 97 sung by Lisa Knapp. But then we go on to some of the many issues I have with the play, like the first hour being an almost unbroken rant by Leontes for no reason (listening to this so soon after King Lear it feels like a similar sudden burst of madness.)