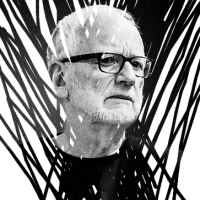 BBC Radio 4 have been serialising Shakespeare but there's no such messing about over on Radio 3 - Gaynor Macfarlane's production of King Lear was presented as an uninterrupted 150 minutes (although personally I downloaded the iPlayer version onto my kindle and listened to it over a couple of days' worth of train journeys and lunch breaks.) When staging or filming Shakespeare it's easy to impose a high concept; less easy without the visuals, but this production has been given an all-Scottish cast, led by the distinctive voices of Ian McDiarmid as Lear, the king who, as madness sets in, puts his faith in the wrong two daughters while banishing the only loyal one; and Bill Paterson as Gloucester, who makes a similar error of judgement with his two sons. The fact that everyone has a Scottish accent (except for Simon Harrison's King of France who, paradoxically, is given an English one) could have been confusing but there's enough variety in voice and subtle differences in accent never to make it a problem.

It probably doesn't hurt, of course, that I know the play well - it'd be interesting to know how someone completely new to it fared. But for me this was a moving production of one of my favourite plays, McDiarmid very much playing Lear in the kindly vein as the play kicks off, his fury at Joanna Vanderham's understated Cordelia an unexpected and, at the time, uncharacteristic burst of insanity. 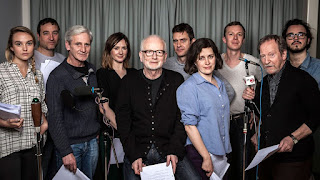 Brian Vernel's Fool starts out particularly sharp-tongued towards his king but by the time of the storm has become the only character to have quite cottoned on to the danger of their situation and sound suitably scared. And the audio format gives Macfarlane the option to go more intimate than the stage can usually allow: The sound effects get dialled right down and McDiarmid whispers a "Blow winds and crack your cheeks" speech that here becomes his inner monologue. Apart from the final confrontation between Edgar (Finn den Hertog) and Edmund (Paul Higgins,) which always seems to fly by on stage but felt like it was holding up the main story's climax here, this was one radio adaptation I really enjoyed. And the accents helped: Scottish is an accent that seems to work well with Shakespeare's rhythms, and not just the pretty stuff - there's something glorious about Kent's (Michael Nardone) stream of florid swearing at Oswald (Owen Whitelaw) that makes it a standout moment of this version.