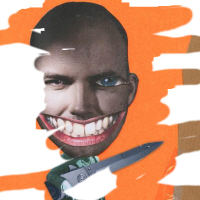 Prepare for shares in eyeliner to soar as Rufus Norris brings Bertolt Brecht and Kurt Weill's satirical musical The Threepenny Opera to the Olivier with a new translation of the book and lyrics by Simon Stephens, and Rory Kinnear at the head of a real luxury cast. Mack the Knife (Kinnear) is a violent East End criminal, who's managed to avoid punishment so far through a combination of Chief Inspector Tiger Brown (Peter De Jersey) being an old army buddy of his, and the fact that Mack has an incriminating dossier that could cause the new King of England some embarrassment. But his downfall might well come not from his crimes but from his marriage: His new wife is the seemingly timid accountant Polly (Rosalie Craig,) who he hopes can use her organisational skills to help build his criminal empire up.

Polly is the daughter of the rival crime Kingpin JJ Peachum (Nick Holder,) and her marriage in an attempt to piss him off has the desired effect. 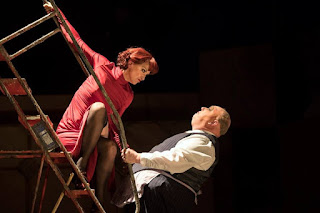 But the biggest threat to Mack comes from her mother Celia (Haydn Gwynne,) who once had an affair with him herself so know his weaknesses: No matter how much trouble he's in he'll always go back to the brothels of Grape Lane. Vicki Mortimer's designs embrace Brecht's anti-naturalistic aesthetic and the show's opening reference to this being a cheap and makeshift kind of theatre. It's really carefully studied chaos, of course, with characters ripping through paper walls and even the Drum getting a bit of use (which given the recent begging emails from the National saying it's falling apart, feels a bit brave.) 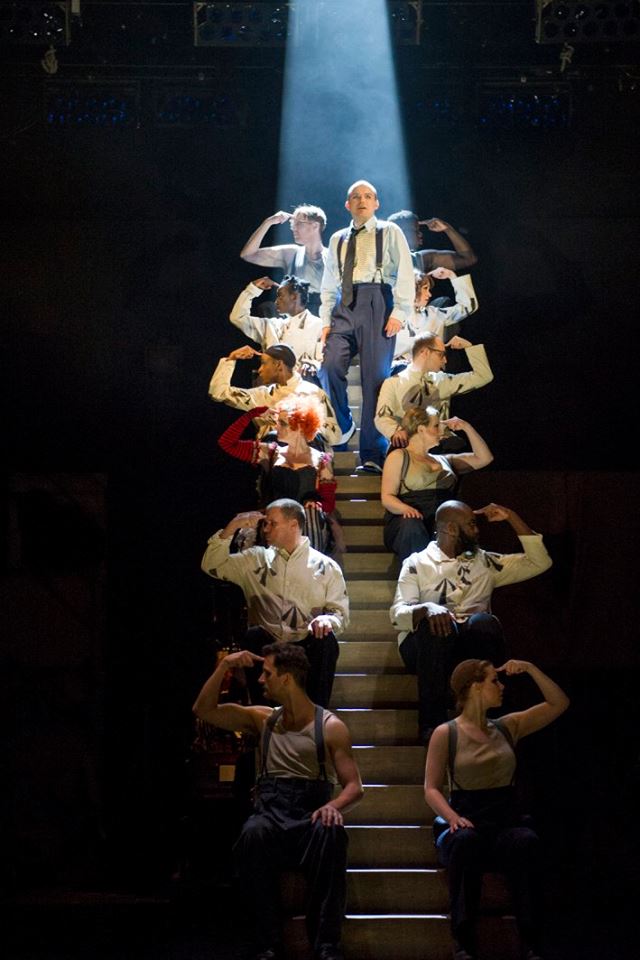 The biggest extravagance is in the casting though; Kinnear is no doubt the biggest name outside of the theatre world but the supporting cast is full of names who could be a draw in their own right, including Sharon Small as Jenny, the prostitute whose weakness for drugs (in a large jar marked "DRUGS") leads her to betray Mack; George Ikediashi, better-known as cabaret artist Le Gateau Chocolat, as the Balladeer who sings the famous opening song "Mack the Knife;" Debbie Kurup as Tiger Brown's daughter Lucy, another of Mack's past conquests who has a couple of fun sing-offs with Craig's Polly; and Dominic Tighe as one of Mack's henchmen. 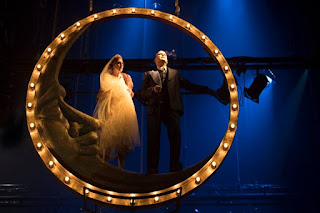 So there's a lot of talent on stage for a show with some strong music and an anarchic spirit, which Norris adds to by casting Jamie Beddard, an actor with cerebral palsy, as another of the henchmen and have him mainly spout obscenities the others claim not to be able to understand. Surprisingly for a Brecht production the politics doesn't feel so much at the forefront except at the end as, with the audience (presumably) wishing for Mack to get away with it, we're confronted with why a narrative of a loveable rogue should be so different to what we would want in real life. It's explosive, mischievously joyful and, as goes without saying with a cast like that, very strongly sung.

The Threepenny Opera by Bertolt Brecht and Kurt Weill, based on The Beggar's Opera by John Gay, in a version by Simon Stephens, is booking in repertory until the 1st of October at the National Theatre's Olivier.