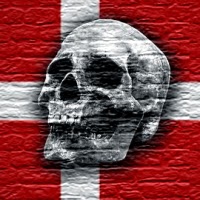 For a while now I've wanted to see Jamie Parker play Hamlet, but the theatre that seems the most likely venue to let him, Shakespeare's Globe, is still very much committed to its "Tiny Hamlet" from a few years ago. They're about to send it on a global tour, so I can't see them planning another production any time soon. So this may be the best alternative we get - as part of a Radio 4 season on the best-loved fictional characters, they ran a serialisation of Shakespeare's longest tragedy every afternoon last week in an audio production directed by Marc Beeby. Hamlet is the story of the young prince who discovers his uncle murdered his father, stealing his wife and crown and swears revenge; but is racked by existential questions that delay him carrying it out. Anastasia Hille played Gertrude, Paul Hilton Claudius in a production that despite the lack of visuals could be safely described as being period-set, thanks to the occasional sound effects of horses and carts clattering past the castle.

The sound effects also meant that the scenes with the ghost of Hamlet's father (Robert Blythe) were among the most effective, a nicely mysterious, spooky air to proceedings. Parker unsurprisingly makes for an intelligent reading of the title role, his incredibly specific thoughts on Hamlet's lunacy a sign that he takes a geekily intense joy in pulling Shakespeare's characters apart. He's a particularly impatient Hamlet, especially noticeable in the scene where he advises the actors how to perform: Often a moment of him bonding with people he feels more comfortable with than his supposed peers, here it becomes an almost-angry lecture as he determines that they carry out his plan to the letter. 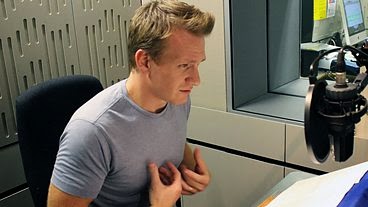 I'm always interested in how a production treats Rosencrantz and Guildenstern (Harry Myers, Karl Prekopp) and here they're an unlikable pair, fools not that far removed from Osric (whom Prekopp also voices.) Hamlet's reaction to their first appearance suggests that Claudius' choice of university friends to spy on his nephew reveals how little he really knows him - Hamlet never really liked this pair. Cutting away everything but the audio can make certain things stand out more than usual: It feels particularly clear how much Claudius and Laertes (Tom Mison) overegg their plot to kill the prince. The biggest irritation in this version is Lizzie Watts' squeaky Ophelia, who sounds about nine years old. And having five episodes to fill means very few cuts to the text, revealing those moments where Shakespeare really was getting a bit too verbose for his own good - Hamlet going on about how he didn't enjoy handwriting lessons when he was a child but they came in handy for forging R&G's death warrant is one of a few "GET ON WITH IT!" moments. But mostly this was decent, Parker giving some interesting readings of the famous speeches.