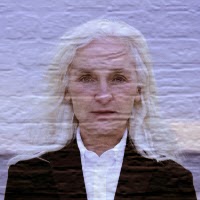 James Joyce's Ulysses is one of those classics people set themselves almost as a challenge, a novel anyone who believes themselves a fan of literature needs to tackle. His later, even more oblique work Finnegan's Wake however, is more likely to be seen as a punchline, a metaphor for something that makes about as much sense as a Coveney article. One of my English lecturers at University announced at a seminar that tackling Ulysses was rewarding, but taking on Finnegan's Wake was nothing more or less than a waste of time. And it's the latter book that gets a one-woman version at The Shed, or at least one of the voices from that book - the lyrical narrative of the river is embodied by Olwen Fouéré, who's also adapted and directed it (with Kellie Hughes) for the stage as riverrun.

I wish I could say riverrun made me appreciate the much-maligned Finnegan's Wake, and if there's a performer who could do that it's Fouéré. Her voice lulls, chills and seems to sing as she stands in front of a microphone and delivers an impassioned rendition of the words. 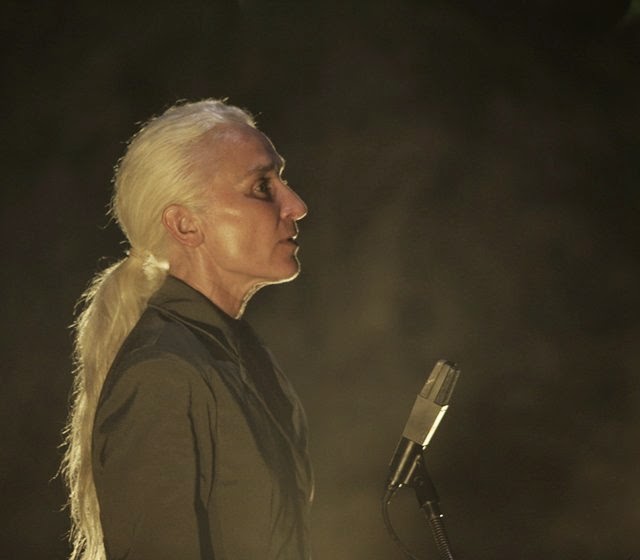 But the words are the problem. Never mind Ulysses, I never got further than A Portrait of the Artist as a Young Man, so Finnegan's Wake was never going to be on the cards for me. And riverrun doesn't make me regret this omission from my reading. The way Fouéré delivers the monologue has an undeniable poetic beauty, and in those sections where the wordplay is basically a stream of malapropisms, makes a surprising amount of sense out of it. But these moments are brief, and essentially little jokes. 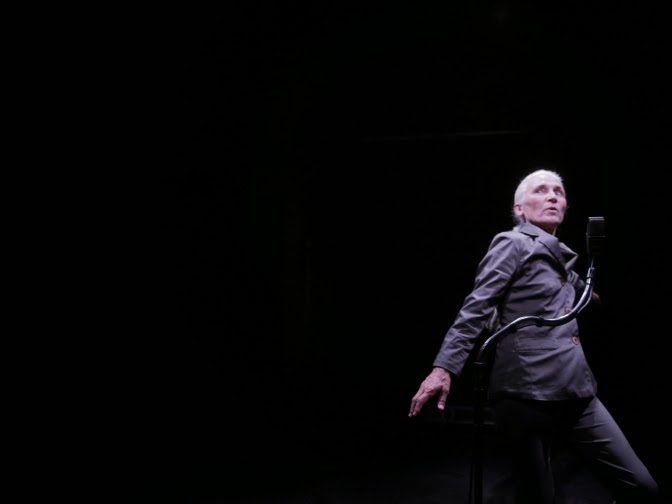 The rest of it is so wilfully impenetrable that it could be a different language, which you could argue is the point. It could have been an hour of an actor speaking in a language I don't speak: I could appreciate the rhythms, but if there's any kind of progression then it was lost on me. You could take any five minutes out of the show and swap them with another five and I wouldn't know the difference. So any minute over five that this show lasted, was a minute too many for me.

riverrun by Olwen Fouéré, based on Finnegan's Wake by James Joyce, is booking until the 22nd of March at the National Theatre's Shed.