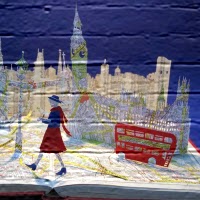 You might assume the story of the first A-Z map of London wouldn't make much of a musical. And you'd be right, but not for the reasons you might think. A new show with book by Diane Samuels and music & lyrics by Gwyneth Herbert, The A-Z of Mrs P is based on the autobiographies of Phyllis Pearsall, whose company made the first detailed street guide of London since motor cars came along and made the whole enterprise all the trickier. We first meet Phyllis (Isy Suttie) in Venice as she walks out on her husband and returns to the city of her birth after many years away. With barely a penny to her name she quickly gets back on her feet making a living as a painter, but soon an alternative offer comes in from her father: A mapmaker, he now lives in New York, where he's published the first street guides of the city and wants his daughter to do the same for London.

With only the grudging help of draughtsman Mr Fountain (Sidney Livingstone) she starts at Charing Cross and works her way outwards, getting increasingly ambitious until she's created an invaluable guide and built a successful business with a team supporting her. 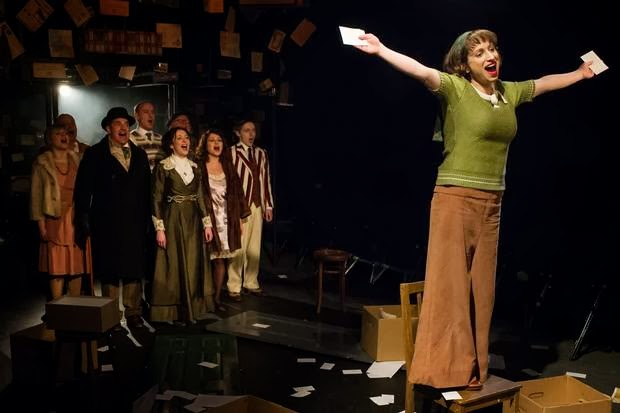 The publicity for The A-Z of Mrs P suggests a story about a woman lovingly exploring and recording the streets of London and if that's what it had delivered it might have been a quirky show with a bit of heart. But although Herbert's songs, in the first act at least, are amiable foot-tappers and plenty of fun, Samuels' book suddenly flashes back to the story of Phyllis' family, how her parents met and how their marriage failed. It's clumsily handled and, for a story about maps, ironically feels like it's wandering aimlessly. The first half is, though, entertaining if a bit sloppy. 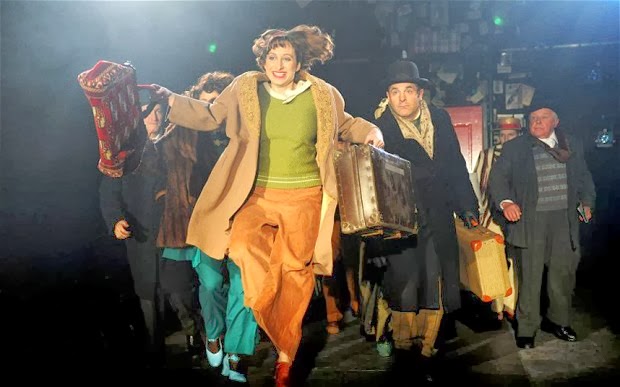 Unfortunately the same can't be said of the second act, where the diversions into Phyllis' family life turn out to be leading to the story coalescing around Phyllis' relationship with her emotionally abusive father Sandor (Michael Matus,) who pressures her into working long hours towards the A-Z, then gets angry when her efforts outshine his own. It's a dull, maudlin second half, the uplifting music disappearing for long stretches then finally returning dirge-like. And with the best will in the world, Isy Suttie doesn't have the emotional range to carry the show - if this was a light romp through the streets of London I'm sure she'd be the perfect guide, but there's not enough variety in her performance to sustain 2 and a half hours, or come near to handling the many abrupt lurches in tone. 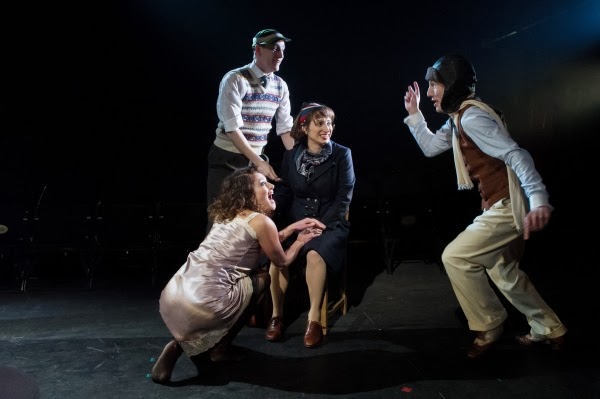 By contrast more experienced musical theatre faces like Frances Ruffelle as Phyllis' alcoholic mother, and an underused Stuart Matthew Price as her brother, don't get enough stage time to really buoy things up. With the story opening on the eve of the Second World War, I thought we'd follow more of how Mrs P's quest to map London would be affected by the Blitz changing its landscape, but despite her apparently suffering some horrific injuries the War just about gets a brief mention. Instead the writers try to cram the stuff of a gritty, psychological family drama into a frothy musical, and the results are a mess.

The A-Z of Mrs P by Diane Samuels and Gwyneth Herbert, based on the autobiographies of Phyllis Pearsall, is booking until the 29th of March at Southwark Playhouse's Large Theatre.