Theatre review: Two Into One 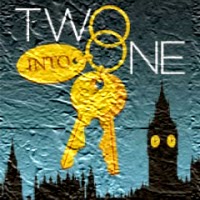 As far as I can tell the Menier Chocolate Factory's artistic policy is "to make the Old Vic look positively avant-garde in comparison." It's a theory in no way dispelled by their latest offering, which sees them dig up  farce legend Ray Cooney. Not literally, although I must admit until this show was announced I didn't realise he was still alive; he is, and still directing and even appearing in a revival of his 30-year-old farce Two Into One. The setting remains 1984, as it would have to for the plot still to work, so references to Margaret Thatcher abound, especially since the setting is a hotel in Westminster where MPs sometimes stay, presumably not having figured out the second home scam yet. Michael Praed is junior minister Richard Willey (just so we're clear what kind of level we're operating on here) who's taken a suite with his wife (Josefina Gabrielle,) who'll be popping out to catch a matinee of Evita. That's when Richard plans to get his new mistress round for an afternoon of sex in the suite next door.

There's not much point going into the plot any further, as inevitably it's a tangle involving people running in and out of six different doors, characters known by different pseudonyms depending on who they're talking to, and a hotel manager (Jeffrey Holland) who barges into rooms to make sure nobody's having sex in them, with such regularity it's a miracle the place is still in business. 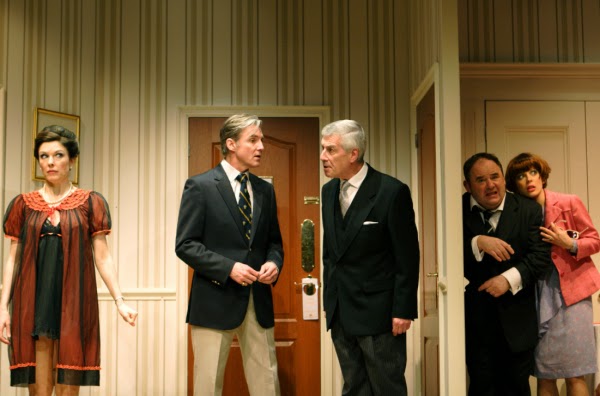 I know farce isn't to everyone's taste but I find that the right one can still work today. Two Into One is not, even remotely, the right one. Cooney claims to be a ruthless rewriter of his own work but this can only have gone so far as the original production - references to the Falklands will of course still be remembered, but even an audience as easily amused as tonight's failed to pick up on a reference to the notorious flop musical Twang!! The gags are corny, the sex farce lame and tame, the gay jokes numerous but at least, by the standards of the time, comparatively good-natured. And surely even in 1984 the conceit that the Conservatives are publicly soft on vice and it takes a crusading Labour MP (Jean Fergusson) to draft an anti-pornography bill can't have made much sense. 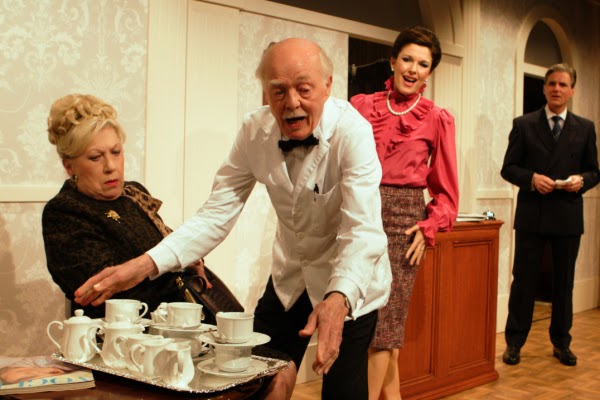 The cast are mostly good, Nick Wilton essentially holding the show together as the gaffe-prone personal secretary. For the entire first act I didn't recognise Kelly Adams, playing the mistress, as Her From Off Of Bluestone 42, because the 1980s makeup makes her look uncannily like Kylie. As her husband, Tom Golding is cute, although disappointing with his kit off (I don't suppose the massive Y-fronts helped.) And Cooney himself appears as the inevitably doddery waiter. The play itself is the problem though, especially as it's presented as-is, with no contemporary take; you may as well have flipped channels over to a rerun of an '80s sitcom. What's sad is that even at the time it premiered, farce had already long since been deconstructed by What the Butler Saw, and then deconstructed again in a completely different way by Noises Off only a couple of years earlier. Two Into One belongs to a world without that kind of self-awareness. 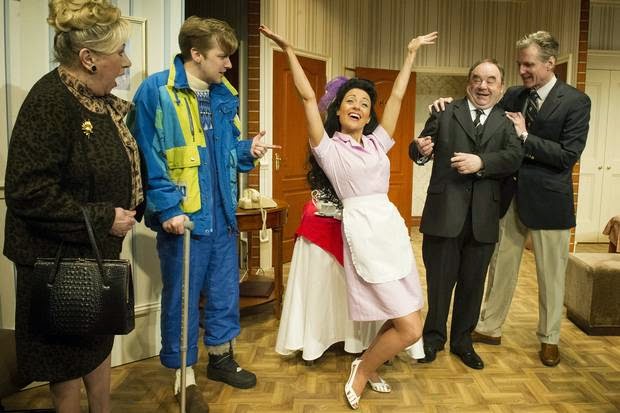 Two Into One by Ray Cooney is booking until the 26th of April at the Menier Chocolate Factory.