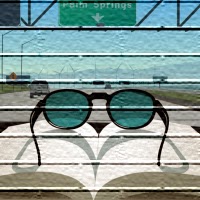 A few years ago the Old Vic was reconfigured in the round for a production of The Norman Conquests that proved a big hit, followed by some other shows memorable for... other reasons. This configuration has been brought back for Dame Kev's final season in charge of the venue, beginning with the UK premiere of a hit American play, Jon Robin Baitz's Other Desert Cities. The setting is Palm Springs on Christmas Eve 2003, with 9/11 and the Iraq War still feeling very new. But a war that still haunts the family of Republican politician Lyman Wyeth (Peter Egan, from the 1980s) is Vietnam: Their oldest son became notorious in the '70s when, at the age of 20, he bombed an army recruitment office in protest at the war, accidentally killing a man, and subsequently committed suicide.

Lyman and his wife Polly (Sinéad Cusack) remain right-wing, but their surviving children Trip (Daniel Lapaine) and especially writer Brooke (Martha Plimpton) are much more liberally minded. This Christmas Eve will see an announcement from Brooke: She's publishing a memoir of her childhood, painting a damning picture of her parents' influence on how her older brother turned out. 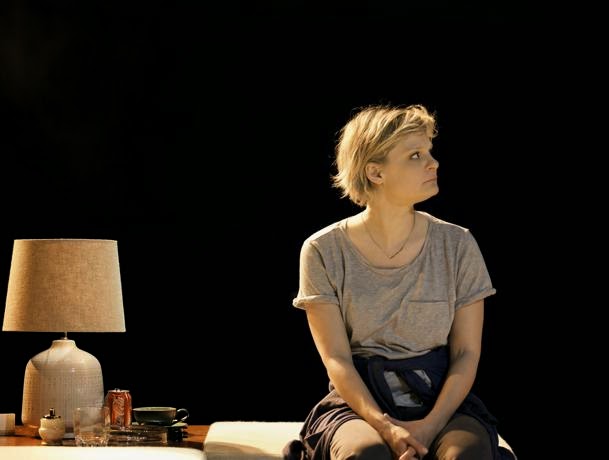 I sat pretty much where I usually sit at the Old Vic, in the obstructed-by-a-safety-rail view seats in the Circle, and the reconfiguration didn't really affect the sightlines despite moving the playing area to what is usually the front of the Stalls. I did wonder if the theatre have been selling the slip seats they've plonked a load of palm trees in front of - they were empty tonight, but the theatre wasn't full anyway. Robert Innes Hopkins' design looks good in any case, and I do enjoy these attempts to get round the restrictions of London's Victorian theatres. 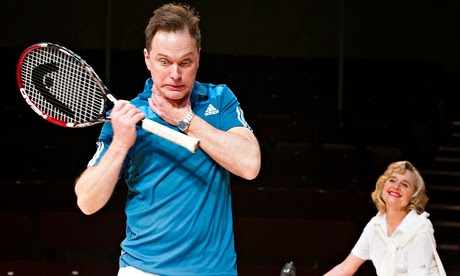 As for what's been put on the new stage though, I found little to get enthusiastic about. Baitz's play is a type of American political/family play that doesn't do much for me - I found it preachy and obvious, attempting to take on the worst of both the American right and left but when it comes down to it not actually having that much to say. Much of it is framed as a comedy, the dialogue showing Baitz's TV writing origins, but the gags aren't great, and for some reason Lindsay Posner's production is ponderous where snappy back-and-forths might at least have helped the weak punchlines land better. 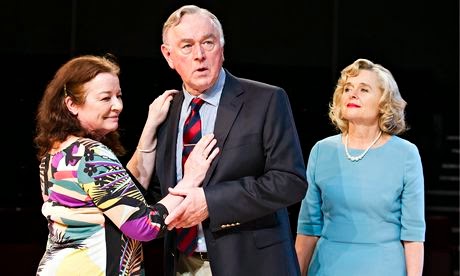 "Needs more Clare Higgins" is of course a phrase that applies to most things, but it's keenly felt here where Higgins as Silda, Polly's alcoholic sister, livens things up considerably every time she appears, but is unfortunately largely confined to smoking quietly in a corner. Other Desert Cities isn't terrible, but although the cast is strong none of them are at their best here so it's got little to recommend it either.

Other Desert Cities by Jon Robin Baitz is booking until the 24th of May at the Old Vic.