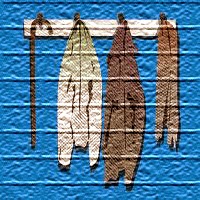 An accomplished first full-length play from Barney Norris, Visitors looks at the effect on a family when one member of it is stricken with dementia - and how a new, big problem doesn't negate all the smaller ones that have been dogging them for years. 70-somethings Edie (Linda Bassett) and Arthur (Robin Soans) have been married over half a century. and have remained essentially happy together on their small farm all that time. They remain in love but they know their life together is coming to a close as Edie's memory is starting to go. Still at an early stage, her dementia only causes occasional memory lapses but she knows her condition will soon deteriorate. Hoping to keep his wife at home as long as possible, Arthur has got their son Stephen to arrange a live-in carer, Kate (Eleanor Wyld.)

The play charts a fairly short while, and rapid degeneration in Edie, from Kate's first arrival, but slowly building up under this story is that of the couple's - particularly Arthur's - relationship with their only child. 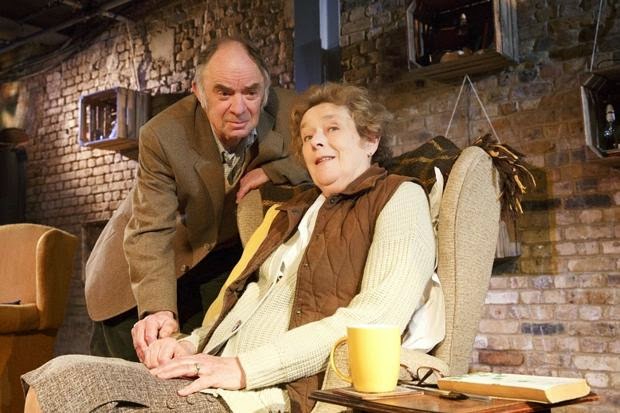 Stephen (Simon Muller) left the farm to get a job selling life insurance, a show of independence his father never quite understood, or forgave him for. Bassett is of course heartbreaking as Edie, still ready with a quip for any occasion even as she increasingly forgets where she is. But the real story seems to me to be between Stephen, desperately trying to connect with his father, and Arthur, constantly complaining that their son has distanced himself from them, but his affability turning to gruff dismissal of any opportunity to find something in common. One line notably suggests that this is really Stephen's story: That the older couple can look back on their lives and Kate can look forward to the options in hers, but the middle-aged Stephen is living with the possibility that the choices he made might be the wrong ones. 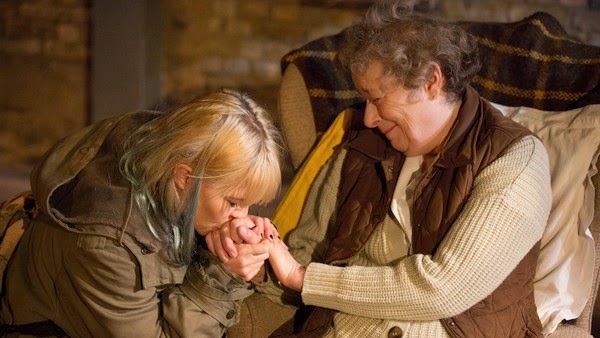 The second act is a little too long - it might have been more affecting, and more on-theme with the play's recurring thoughts on life passing surprisingly quickly, to have Edie taken away from her home and the audience's company a bit more abruptly than the protracted farewell we get. But other than that this is powerfully written and performed, moving but not maudlin, with a healthy store of Edie's jokes to the end to keep things from getting too depressing.

Visitors by Barney Norris is booking until the 29th of March at Arcola Studio 2; then continuing on tour to Bury St Edmonds, Oxford, Ipswich and Salisbury.