Theatre review: A Study in Scarlet 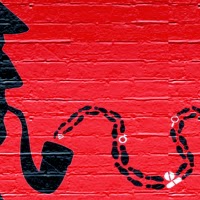 The last time Tacit Theatre were at Southwark Playhouse (when it was still in London Bridge) was with a version of The Canterbury Tales told with a lot of live music. So the next piece of literature they chose to adapt was a bit of an unlikely one: A Study in Scarlet, the first of Arthur Conan Doyle's Sherlock Holmes stories. Victorian drawing rooms and a fascination with different types of tobacco ash have attracted readers for well over a century but they're not exactly a raucous subject for a musical extravaganza. But if the style never quite gels with the material, Nicholas Thompson's production is a faithful and entertaining enough telling of the story of Dr John Watson (Edward Cartwright) whose quest for a cheap room to rent leads him to Sherlock Holmes (Philip Benjamin.) He's given a baptism of fire into what it's like to flatshare with a consulting detective when they're drawn into the case of a dead American, a body surrounded by blood but with no wound.

For a novel that launched a publishing phenomenon, A Study in Scarlet is clumsily structured. The first half of the book is Holmes' investigation, the second half a flashback to Utah, and the backstory that would eventually lead up to the murder. 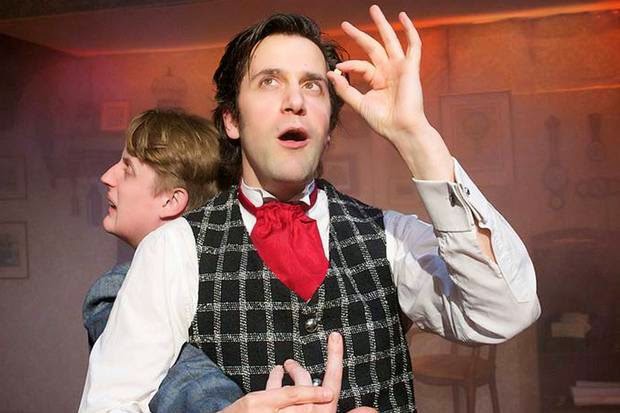 Lila Whelan and Greg Freeman's adaptation wisely ditches this structure and instead has the play alternate between the London scenes and those of Lucy (Stephanie Prior) and Jefferson Hope (Elliot Harper) whose illicit love affair came a cropper at the hands of evil Mormons. The cast briskly flip between outfits and accents to tell both stories, and the full picture comes together quite satisfyingly. 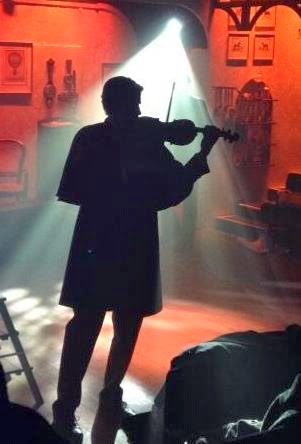 Benjamin is a bit too light-hearted a Holmes, getting the detective's gleeful smugness at his own superiority but not hinting at any complexity underneath. And apart from Holmes' own violin-playing, the actor-musician format feels crowbarred in, never organic to the story, with some of the bigger performances jarring with the context. So I'm still not convinced the choice of material is the best fit for the way the company works, but for the most part it's a fun evening, that does quite well with a book that's not an obvious candidate for adaptation.

A Study in Scarlet by Arthur Conan Doyle, adapted by Lila Whelan and Greg Freeman, is booking until the 12th of April at Southwark Playhouse's Little Theatre.