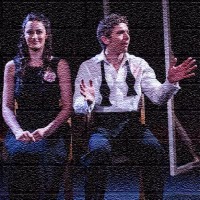 Neil LaBute's reputation has never painted him as a ray of golden sunshine, and he's happy to live up to his misanthropic image in a harsh, but excellent collection of one-acters. BASH latterday plays is a trio of monologues that exposes a dark underside to Mormon life, giving it a recurring connection to Greek tragedy. Jonathan O'Boyle's production at the Old Red Lion sees a roomful of small chairs (design by Sarah McCann) in which each of the pieces is played, the performer(s) of the next piece looking on, grimly awaiting their turn. So first up we have a monologue from a businessman in a hotel room. Spending a few nights there on business, he's spotted someone in the bar who seems drunk enough to serve as confidante: The man has a story he needs to get off his chest, but ideally he'd rather his confessor didn't remember it the next day.

Philip Scott-Wallace performs iphigenia in orem, a frightening meditation on guilt, cold-blooded practicality and, I felt was the ultimate point, the chilling ability to shrug off responsibility. The misogyny LaBute is often accused of, and which is unarguably a feature of many of his characters, shows up in this opening play, one particular woman getting a lot of the blame for the narrator's sins, and his discomfort with how to treat the sexes apparent everywhere in his speech. 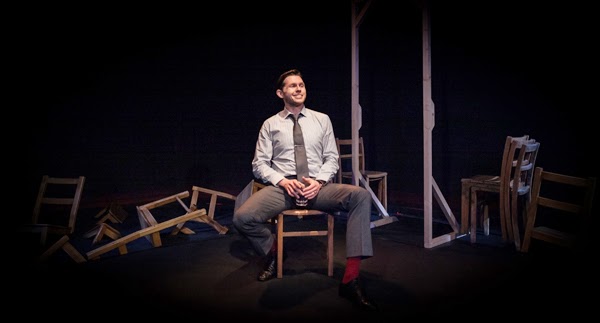 John (Tom Vallen) and Sue (Dani Harrison) are a young couple who appear to be telling a story together but, as the play progresses, it becomes obvious they're actually both monologueing, giving their own versions of a trip to New York for a big party. a gaggle of saints gives the collection its overall title with its two meanings of the word "bash," and is the most ruthless attack of the three on religion, a story of scripture giving people carte blanche to vent their hatred with a smile on their faces. 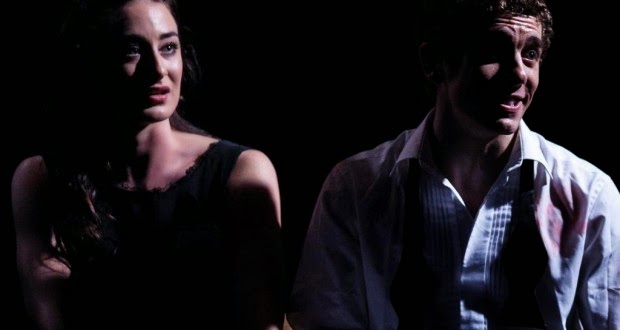 Hatred of some kind is key to all three plays, and the final example sees the longest-nursed, most personal hatred on show here. When he called his final piece medea redux LaBute clearly knew he was giving away the ending, but the story of a woman recalling how she was seduced at 13 by a teacher is intricately enough put together to deliver a final punch of a different kind. 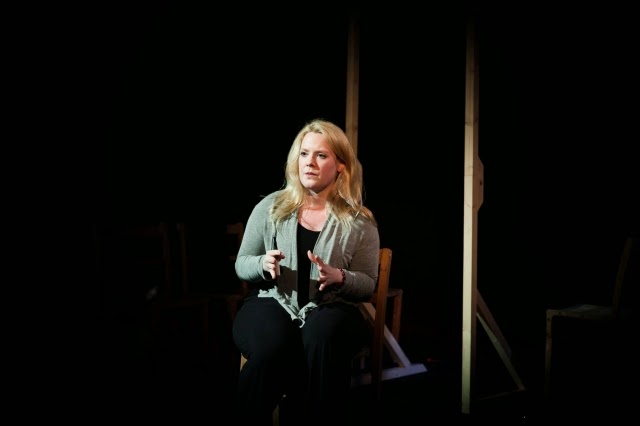 Rebecca Hickey gives a calm, eerie instability to her modern-day Medea, and this undertone of madness and horror to apparently amiable, sociable people is a feature well-expressed by the whole cast: Scott-Wallace's character has a sociopathic touch in the way he disconnects from his actions, while Harrison's smile covers a never-exposed but always-apparent hysteria as she allows her brash boyfriend to take centre stage. I've always liked LaBute's work and this is some of the best I've seen - utterly vicious but unmissable.

BASH latterday plays by Neil LaBute is booking until the 12th of April at the Old Red Lion Theatre.