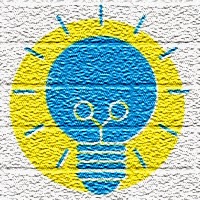 Yet another collection of short plays to include a contribution from the ubiquitous Tom Wells, this is a one-day event playing a total of two performances only, and commissioned by the Royal Court as one of a number of companion pieces to their main-house show The Mistress Contract. Inspired by that piece's unorthodox relationship, five writers have been asked to come up with something on the theme of Unusual Unions, and each one of them has contributed, in my opinion, something far superior to the main event. The way this promenade show works is actually very similar to I Do: The audience is colour-coded into "teams," who are led round the building to various areas, so the order anyone saw the plays in is fairly arbitrary and varies from group to group. So, as part of the green team Phill, Andy and I started by being taken to an unused Downstairs dressing room, for Rebecca Lenkiewicz's Anhedonia, directed by Simon Godwin. We meet a girl (Rona Morison) wearing a hijab, although not for the reasons we might expect. A violent incident has left her in a very dark place and interestingly, in contrast to the dramatic cliche, her encounter with the friendly foreman (Nathan Osgood) of a building site she's walked into doesn't leave her in a good place exactly, but it does make her that one step closer to coping. The subtle use of changing pronouns is a clever way of showing how the story develops in Lenkiewicz's powerful little piece.

Next a bright room at the very top of the building, where Shinger (David Yip) is chanting over the body of his dead mother in Frances Ya-Chu Cowhig's The Golden Hours. Soon his sister June (Sarah Lam) arrives, having come back to China from America specially for the funeral and, despite Shinger's passive-aggressive response to her, they manage, in their way, to connect again. Adele Thomas directs a quietly moving story with moments of humour lightening it up, and Lam confirming what a strong performer she is with a wealth of contained emotion. Next, director Rania Jumaily has placed Sarah Ridgeway at the corner of the staircase down from the Upstairs Theatre, the audience spreading out above and below her for Rachel De-lahay's My Twin, in which a girl monologues about her male twin and how he's always led a charmed life as the favourite of the family. It's a funny, sharply-observed piece about how the people who seem to get through life most easily may be secretly coping the worst, and it's performed with a glint in the eye by a confident Ridgeway.

In an underground technical store room, Alan Williams performs Tom Wells' contribution, Phil In Space. Richard Twyman directs a monologue that sees Wells move away slightly from misfits his own age, to a 50-year-old mechanic and his not-quite romance with a member of his slimming club. Older they may be but they're still misfits - Helen wants to lose weight to fit into a catsuit for a David Bowie impression at a local talent night, while Phil's own Life On Mars ambitions are a bit more literal: He plans to build a rocket out of parts from an old Peugeot (or pew-geot, at he pronounces it.) It's funny as usual, with an underlying edge of sadness that almost suggests unseen tragedy.

For us the conclusion came in a cramped space under the Downstairs stage for Kieran Hurley's Bruises. Out of the five directors, Caroline Steinbeis has put the audience the most into the action as soldier Freddie (Richard Rankin) reconnects with the older brother he hasn't seen for a while, Sam (Brian Ferguson.) The story's too simple to say much more about without giving it all away, but it's also intense and effective. For a project inspired by a play about a sex contract, it's interesting that most of the Unusual Unions have avoided that interpretation, with three out of five plays focusing on siblings, one a chaste middle-aged romance, and the only one with a sexual element, Anhedonia, touching on the very darkest side of sex while the union itself is more of a brief connection between strangers. What's most unusual here is the uniformly high quality; given a project like this it's usually inevitable that some writers will rise to the challenge better than others, but in their different ways the five stories were all equally impressive. And it's always fun to see these hidden areas of a theatre used in a different way, although I don't think anyone in the group was quite as excited as our usher Georgie, who isn't normally allowed in there.