Theatre review: Away From Home 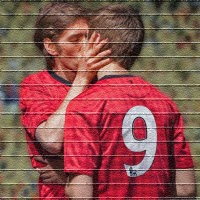 Sometimes an issue becomes so widely discussed that a number of responses to it come up all at once. And so for the second time this year I'm at a play about the conspicuous lack of a single openly gay professional footballer in a country where gay rights and visibility have come on in leaps and bounds in almost every other area. Where The Pass looked at what that kind of life might do to the closeted player himself, Rob Ward and Martin Jameson's Away From Home looks at the effect on someone who loves him. Jameson directs, and Ward plays Kyle, a Liverpudlian rent boy who narrates the story of the last couple of years of his life, to someone he's just slept with. A football fan himself, he's shocked to find his latest client is a well-known footballer who's just signed for his team's local rivals, so will be around in the city a lot for the foreseeable future.

So, having liked what he got the first time, the nameless footballer hires Kyle on an exclusive basis, a business arrangement that soon turns into a more regular relationship. Regular except, of course, for the fact that it has to remain secret. 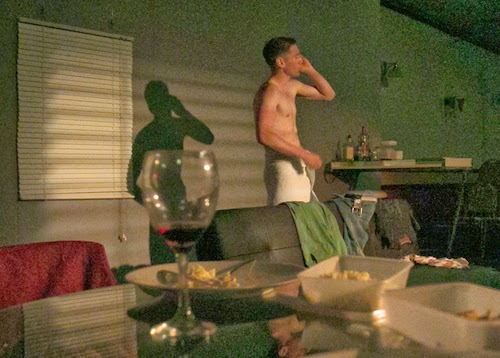 In one of those accidental themed weeks I sometimes have, this was my third consecutive monologue either written, co-written or adapted for the stage by the person performing it, and the usual strengths and weaknesses apply - the strengths in that it can be written to showcase what the actor's best at, the weakness that sometimes this can be a bit too apparent. Ward is certainly particularly good with accents, switching back and forth between some sometimes very subtle distinctions quickly. The characterisation is strong, although their physicality is occasionally a bit arch - the "cigarette-holding" mime that signifies Kyle's pimp on the phone is a huge cliché that shows up in these sorts of performances. But generally Ward is very impressive, with an energy that sees him unexpectedly flinging himself about the stage at times. 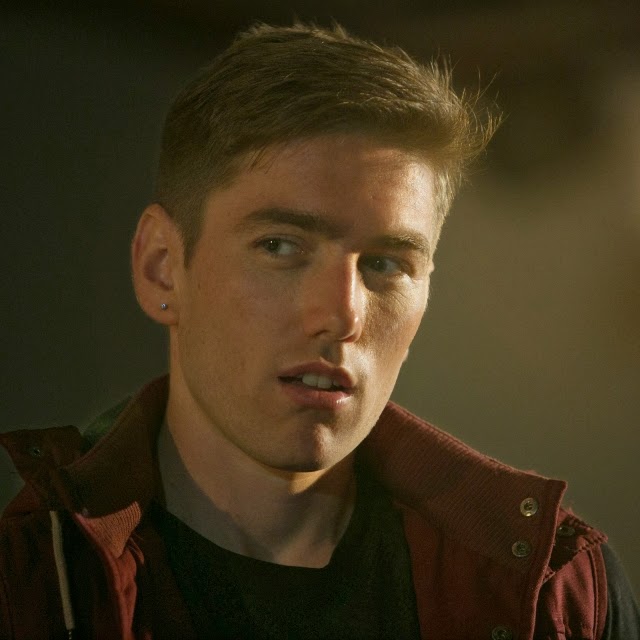 The writing is also strong, my only criticism being that I'd rather the writers had come up with a different way for Kyle to meet his footballer, as the whole area of his being a rent-boy has a certain Secret Diary of a Call Girl wish-fulfillment fantasy element to it. I can see people raising questions about how easily Kyle's sexuality is accepted by his footy mates as well but that seems to be the whole point to me: Away From Home isn't offering any answers for why football is decades behind the rest of the country in this regard, but asking why, if no obvious barriers remain to a footballer coming out, those around them still have to be put through this amount of heartbreak.

Away From Home by Rob Ward and Martin Jameson is booking until the 28th of March at Jermyn Street Theatre; then continuing on tour to Doncaster, Leeds, Bolton, Preston, Bracknell, Derby, Dublin, Brighton, North Yorkshire, York and Hull.