Theatre review: Variation on a Theme 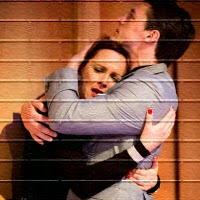 The latter years of Terence Rattigan's life saw a decline in his popularity as the Kitchen Sink playwrights knocked him out of favour, and Variation on a Theme had a particularly unfortunate part to play in his story: It was the play Shelagh Delaney saw, and was so unimpressed by it propelled her to try and do better herself. Rattigan would eventually, posthumously, reclaim his place on British stages, with his better-known plays getting plenty of major revivals in recent years, but it takes the Finborough to unearth Variation on a Theme again half a century after it was last seen. And with the play Delaney wrote in response, A Taste of Honey, enjoying a major revival at the National right now, what better time to reevaluate whether Rattigan's offering deserves its ignominious place in history.

The theme in question is La Dame aux Camélias, Alexandre Dumas fils' novel that's been the subject of many adaptations from La Traviata to Marguerite; and Rattigan's variation takes the story to the South of France in the late 1950s, where Rose (Rachael Stirling,) a socialite who's climbed the ladder by marrying and divorcing a number of wealthy men, has lined up husband #4 when Ron, a penniless but studly ballet dancer, turns up and sweeps her off her feet. 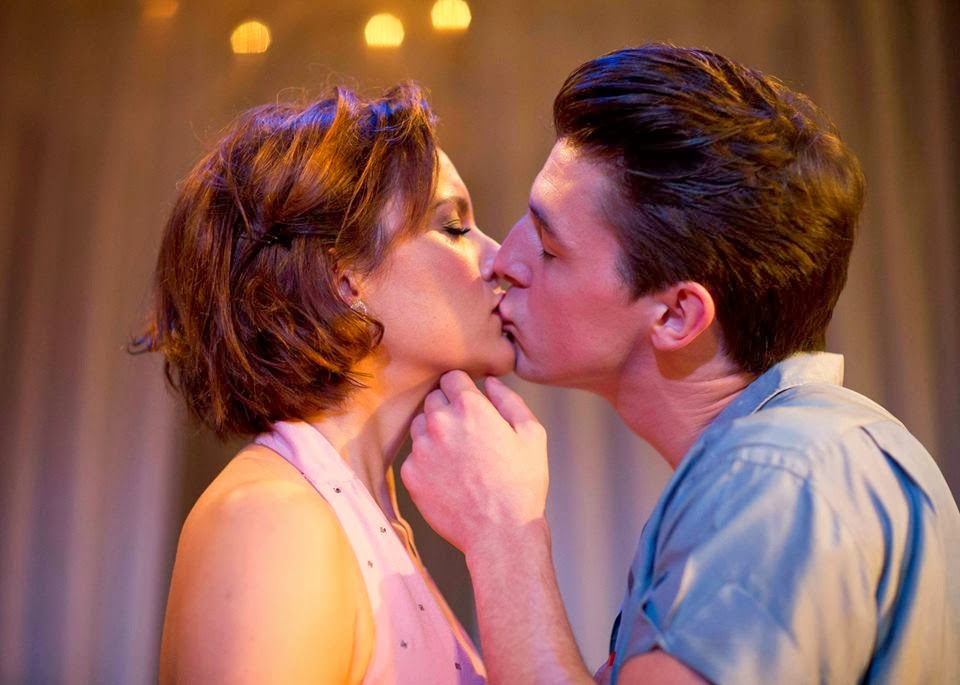 A hell of a lot of alcohol gets downed (there's so much drunk driving between Cannes and Monte Carlo it's a miracle there isn't a second tragedy to add to the one Dumas' original provided) during months of late-night parties and gambling, but if the threats from her wealthy and somewhat shady fiancé Kurt (Phil Cheadle) aren't enough to make Rose give up Ron, the idea that she might end his dancing career - and turn him into the male version of herself - is. 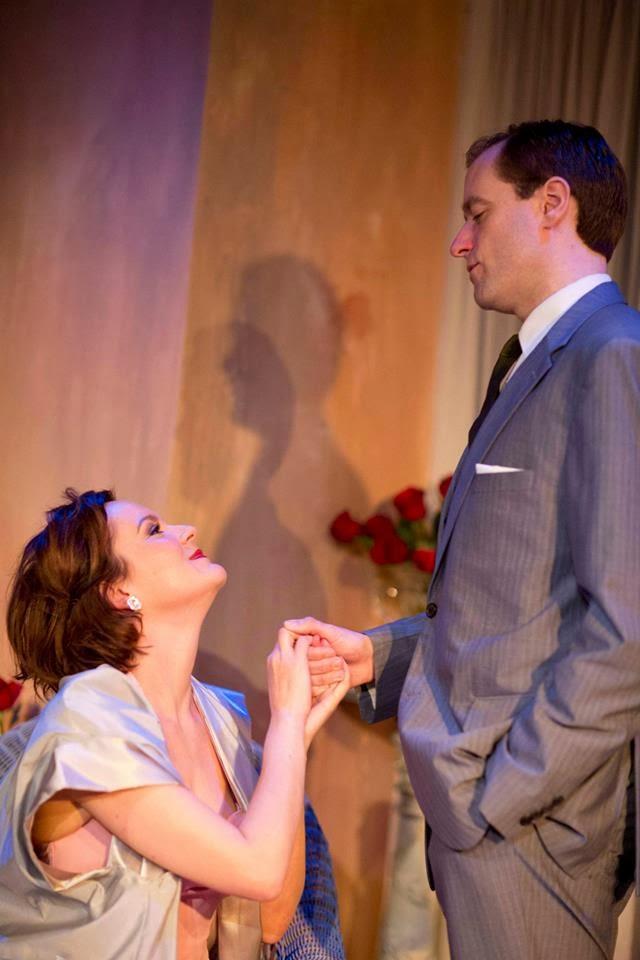 Director Michael Oakley's restrained style hasn't always seemed the best idea in the Jacobethan tragedies I've seen him take on before, but it's better suited to a piece like this that features such a good ear for dialogue that there was no need to specify that Kurt is a German who learnt his English from Americans, it's apparent from the first sentence he speaks. One exception to this light touch is Martin McCreadie, who as Ron certainly looks the part of the ballet-dancing heartbreaker, but a couple of years touring in a physical dance-theatre piece seem to have made him forget that naturalism is a thing, and he proceeds to chew the scenery. Lots of other great supporting performances though, including a nicely underplayed confrontation between Stirling and David Shelley as Sam, Ron's choreographer, a meddling American widow from Emma Amos and a scene-stealing Susan Tracy as Hettie, an aristocrat whose gambling problem has seen her take a job as Rose's housekeeper. 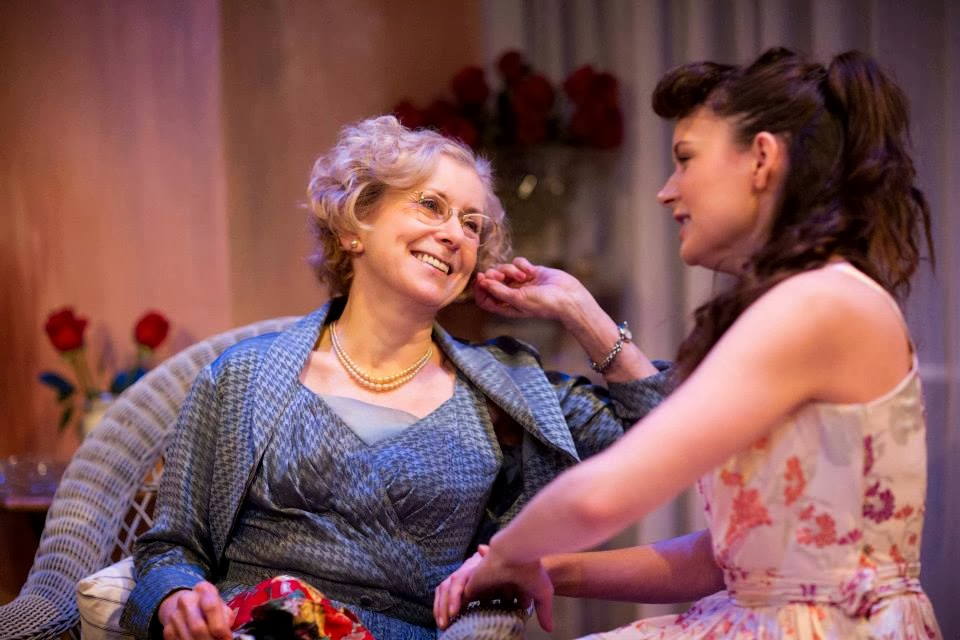 But this is, of course, Rachael Stirling's show and her Rose is a compelling mix of strength and vulnerability who's hard to take your eyes off in this intimate space, her husky voice catching on her character's emotional moments (this being the 1950s, the fact that Rose has an unspecified lung condition means she has to be careful, and only smoke 10 cigarettes a day) and her eyes telling a story by themselves. 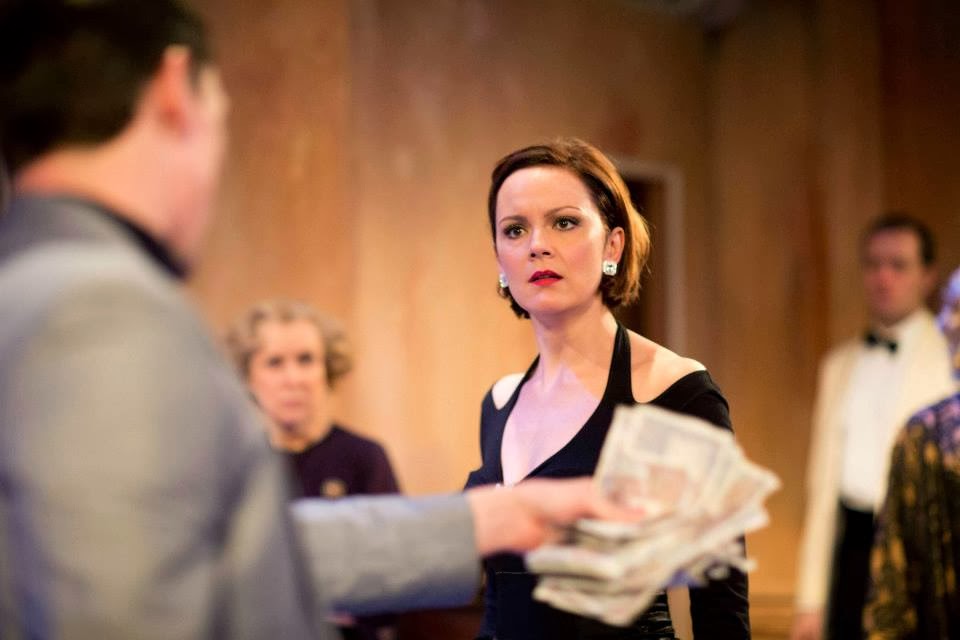 As for Variation on a Theme, it's not Rattigan's greatest work - the character of Rose's daughter Fiona (Rebecca Birch) has plenty to do but still feels strangely tangential - but certainly doesn't deserve to be remembered just as the nail in the coffin of a certain type of English theatre. With its setting among people casually gambling away millions of francs every night it probably didn't do itself any favours with audiences ready for something a bit grittier, but you won't see this kind of thing done much better.

Variation on a Theme by Terence Rattigan is booking until the 22nd of March at the Finborough Theatre (returns only.)