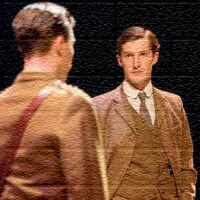 The Donmar Warehouse weighs in on the centenary of World War I, but although this year marks a century from the outbreak of hostilities, Peter Gill's new play takes us to the Treaty of Versailles, which marked the War's end. Or, as is generally believed, it failed to put a full stop to anything, instead laying the foundations for World War II, and that's certainly how Gill's Versailles sees things. It focuses on Leonard (Gwilym Lee,) a civil servant whose job in Westminster meant he didn't see active service, and who is now on his way to Paris to play a small part in the treaty. Having some knowledge of the world's coal reserves, he's been brought in to advise on how Germany's coal resources are to be distributed in reparation. Those around him want to see Germany's assets bled dry, but Leonard fears catastrophic financial instability if that happens, and hopes he can promote a more lenient approach.

The play's three acts see Leonard first at his mother Edith's (Francesca Annis) house, hearing the arguments of his neighbours for stricter reparations; then working at Versailles against policiticans' indifference, or personal interests; and finally returning home, disillusioned. The major set change required means the show has two intervals. 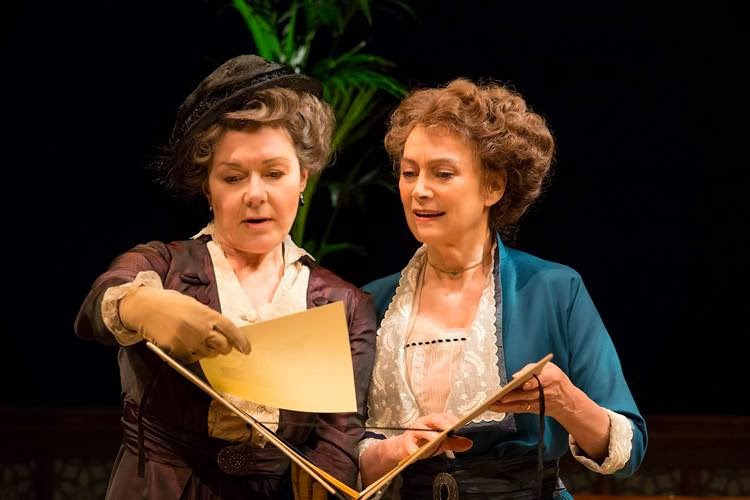 And a strange play it proves to be - Versailles seems to have had a love/hate reaction so far, and it's not hard to see why. Gill directs his own premiere production, a practice I've never been keen on, and it means his play is exposed in all its overwritten glory. It's far too talky, one of those plays where you occasionally feel like a child having to sit in a roomful of adults arguing about politics. It's easy to drift away at times, and the two intervals make it all the more obvious that the three acts all share the same languid pace. 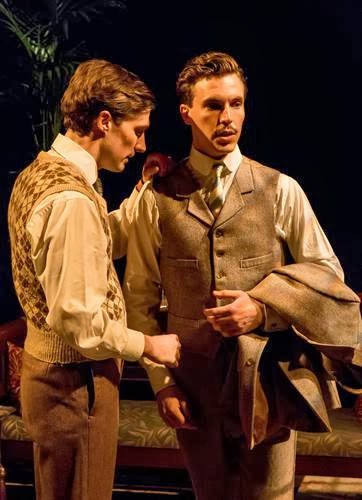 But at other times the play sort of works. When he's alone, Leonard is haunted by his lover Gerald (Tom Hughes,) who died at the front, and who punctures the pretensions of the upper middle classes. Lee is backed up by a strong cast even in the smaller roles - Selina Griffiths and Edward Killingback (Yeah!) Them Motherfuckers Don't Know How To Act (Yeah!) play Leonard's colleagues at Versailles, Simon Williams their boss, Barbara Flynn and Christopher Godwin Gerald's grieving parents. Josh O'Connor continues to look like one to watch as Hugh, the unlucky suitor of Leonard's sister, with a performance that starts as a bit of a what-ho stereotype and discreetly builds a lot of depth. 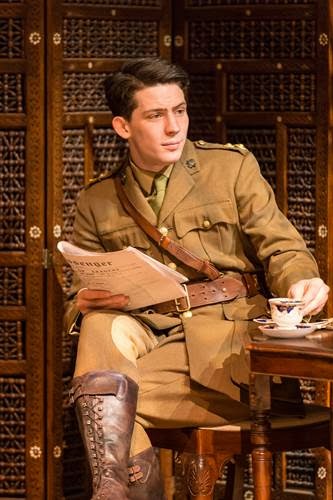 It adds up to enough positives to salvage the evening, and the idea of gay men having to hide their relationship in the face of one of them having to go to the front is delicately but emotionally handled. But the play's faults are hard to ignore. I didn't end up counting myself among those who disliked Versailles, but its insistence on telling, not showing, combined with its too-even pace to make it a close-run thing.

Versailles by Peter Gill is booking until the 5th of April at the Donmar Warehouse.