Theatre review: I'd Rather Goya Robbed Me Of My Sleep Than Some Other Arsehole 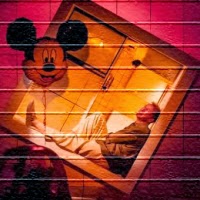 Putting in a bid for the oddest show of the year is the Gate with a play that casts something before swine, although whether or not it's pearls I'm still not altogether sure. Going by the punchy (by recent standards) title of I'd Rather Goya Robbed Me Of My Sleep Than Some Other Arsehole, Rodrigo Garcia's play, translated here by William Gregory, is a surreal nocturnal ride through Madrid. The title is a bit of a mantra for a man, played by Steffan Rhodri, driven to distraction by insomnia. Rather than be kept awake by the financial and social worries of modern life as he is now, he decides to spend his savings on a wild night culminating in a trip to see Goya's Black Paintings, housed in a museum two blocks away. When he proposes this to his sons though they'd rather go to Disneyland Paris, although for an 11-year-old and a 6-year-old their reasons for wanting to go are rather existential. Not that that's all that's unusual about them.

Jude Christian has come up with a frantic production, the bizarreness of the man's trek through the city at night with his sons and a German philosopher they've hired to chat to the 6-year-old, given in sharp bursts by Rhodri interspersed with quiet moments when his character seems overwhelmed by his own monologue's implications. 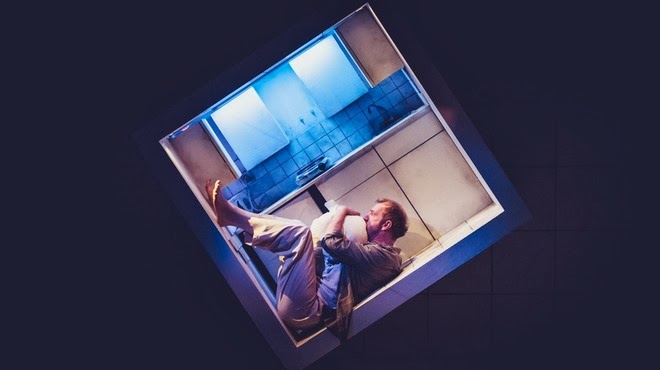 It's a strong performance but destined to be overshadowed by the staging. Fly Davis's set is of the white-tiled kitchen where the man spends his sleepless nights, but with all the utilities crammed into a central white box that spins around Rhodri like a man-sized hamster wheel. It's a typically ambitious set for the small venue, not least of all because its central feature can rotate 360° and house a working hot plate. A bunch of children's toys make up the cityscape and the other characters - a balloon Mickey Mouse is the philosopher, Winnie the Pooh the cab driver taking them around Madrid - but inevitably the way the two young boys are presented will be the most memorable feature. 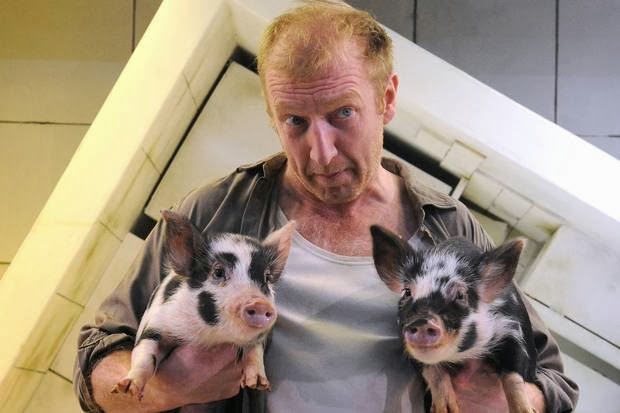 The man's sons are played by a pair of squealing piglets allowed to run around the stage (although mostly if left alone they seem to prefer snuggling together in a corner) and, one of them wanting to make its presence felt from the start, celebrating its arrival in front of an audience by shitting centre stage. But I guess if you write a play about an arsehole, there's a risk of a turd coming out. The piglets mean an opportunity for a supremely passive-aggressive response when the man is angry at his sons, and makes himself a bacon sandwich. They're also a frequent distraction on stage of course, but Rhodri seems resigned to the fact that they'll steal his own monologue out from under him. As for the monologue itself, I found it made most sense if I took the opening few minutes of insomnia literally, making what follows the ramblings of a man frustrated by lack of sleep. I don't know how well Garcia's words would stand up on their own, but then European theatre tends to expect the kind of wild directorial invention Christian provides here anyway, and whatever we do or don't learn about the writer's original intentions, the end result is a memorable one.

I'd Rather Goya Robbed Me Of My Sleep Than Some Other Arsehole by Rodrigo Garcia in a version by William Gregory is booking until the 29th of March at the Gate Theatre.