Theatre review: We Are Proud to Present a Presentation About the Herero of Namibia, Formerly Known as Southwest Africa, From the German Sudwestafrika, Between the Years 1884 - 1915

PREVIEW DISCLAIMER: The Bush invites professional critics in tomorrow. Photos below are from the show's rehearsals. 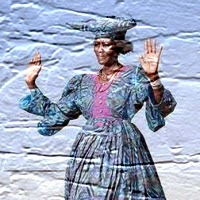 I usually make it a rule not to read any other reviews before writing my own, but every rule has exceptions and Jackie Sibblies Drury’s We Are Proud to Present a Presentation About the Herero of Namibia, Formerly Known as Southwest Africa, From the German Sudwestafrika, Between the Years 1884 - 1915 is one; I felt the play's reception when it premiered in America would provide some context I needed to interpret certain things about it. As the unwieldy title suggests, Sibblies Drury's play presents something that deliberately looks incredibly rough-and-ready, a showcase by six actors based on a genocide in Africa just before the First World War. The years 1884 - 1915 are the ones when Namibia was a German colony, and over time the Germans favoured various local tribes to do their dirty work for them. One such tribe were the Herero, whose resistance resulted in the order to wipe them out.

With the genocide having almost obliterated the Herero, the only records are from the German side, and the idea behind the presentation is to dramatise the letters sent home by German soldiers - and which pointedly avoid mentioning anything about the killings. But as becomes apparent when the performers' introduction turns out not even to have been written yet, they're going to have to make up the presentation on the spot, and trying to understand a genocide becomes secondary to actors' egos. 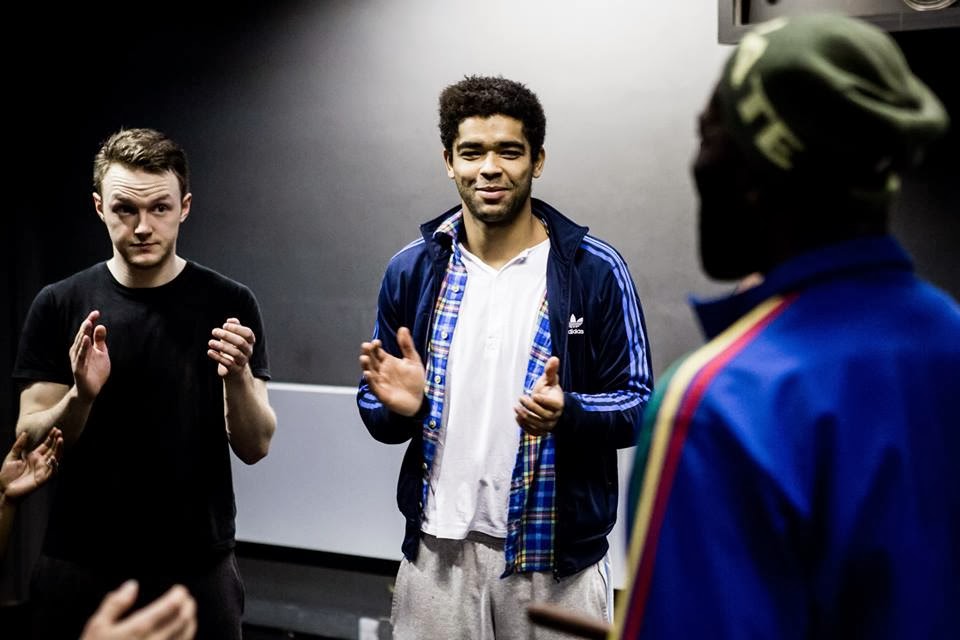 I have some major issues with the last ten minutes of We Are Proud to Present a Presentation About the Herero of Namibia, Formerly Known as Southwest Africa, From the German Sudwestafrika, Between the Years 1884 - 1915, so I want to put them aside at first to make sure I give proper due to everything done so impressively in the first 90. The actors give themselves characters only one of whom has a name - Sarah (Kirsty Oswald,) the imaginary recipient of all the letters sent home by German men and, eventually, Herero men too. The rest of the characters are all named according to their race. As Black Woman (Ayesha Antoine) tries to pull the performance into some kind of order, the other performers constantly derail it by trying to turn the story towards what they think is most important or, all too often, towards what will best showcase their own talents. 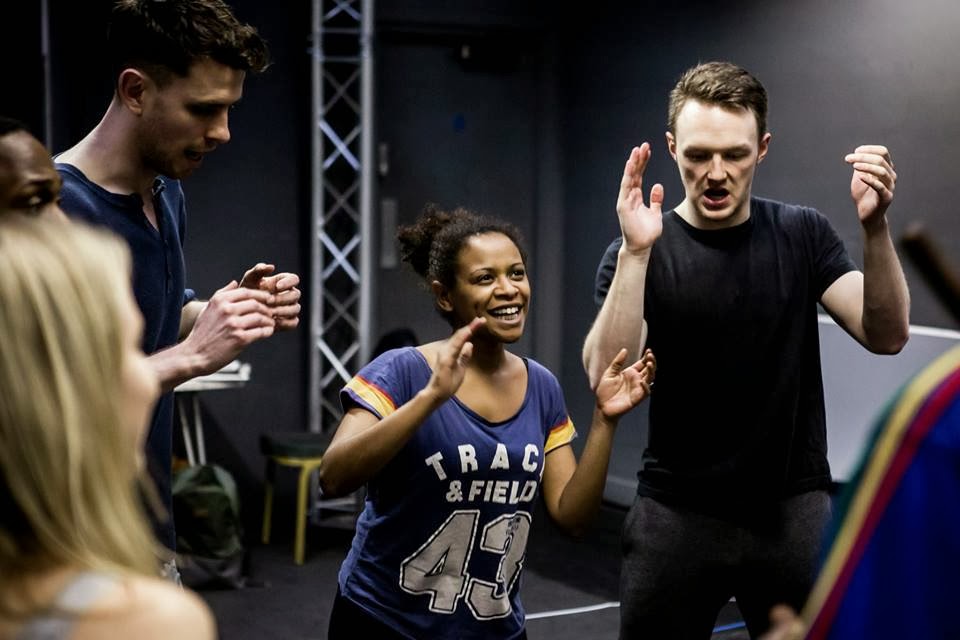 The way that the play-within-a-play descends into chaos actually allows Sibblies Drury to explore a number of themes, not just the horror of genocide and the way that, although the fact that the Germans almost obliterated the Herero could be called a precedent for the Holocaust, it's not even remembered by history, let alone viewed in the same light. But also art's inadequacy to deal with such horrors, and readiness, sometimes, to use them for entertainment, are put under the microscope. The early stages of the show are actually a huge amount of fun as the actors get competitive for the spotlight, although in some ways the most interesting character is Another Black Man (Isaac Ssebandeke,) also the most likeable because he's the only one not grandstanding throughout. 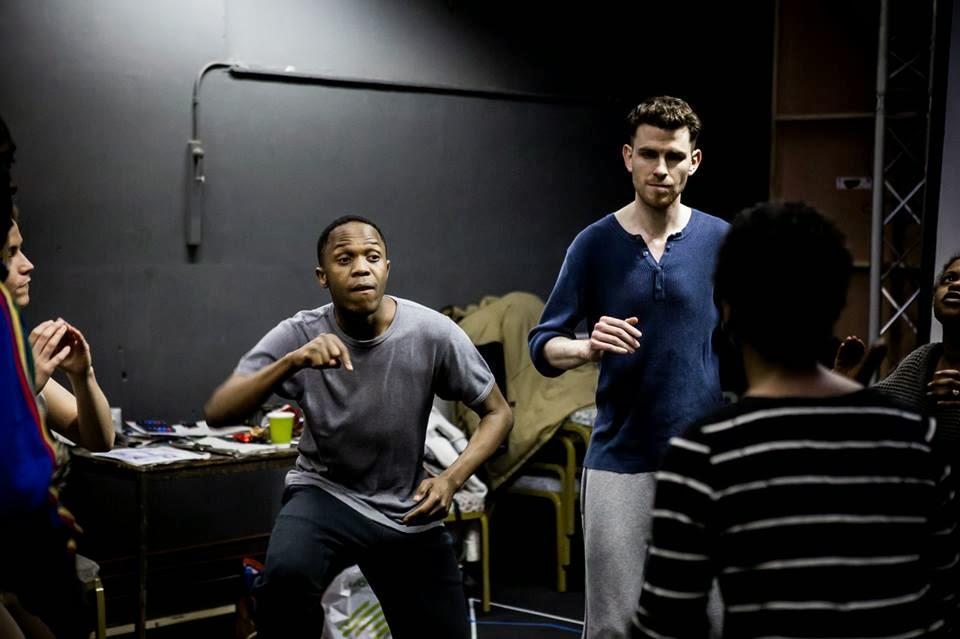 I've got nothing but good things to say about the cast, which also includes Joshua Hill as Another White Man, who by the looks of his CV is fresh out of drama school and should be one to watch in more ways than one - a couple more performances like this and he'll be well on his way to Big Favourite status. The wispy goatee might have to go, mind. The play does overdo its framing device too much as it goes on, the interruptions to let the actors explore their characters wearing thin, when the play is at its best when it's allowed to move forward - there's an incredibly effective scene when Kingsley Ben-Adir and Joseph Arkley, as Black Man and White Man, go seamlessly through a number of accents that bring home the universality of this kind of cruelty, and history repeating itself indefinitely. 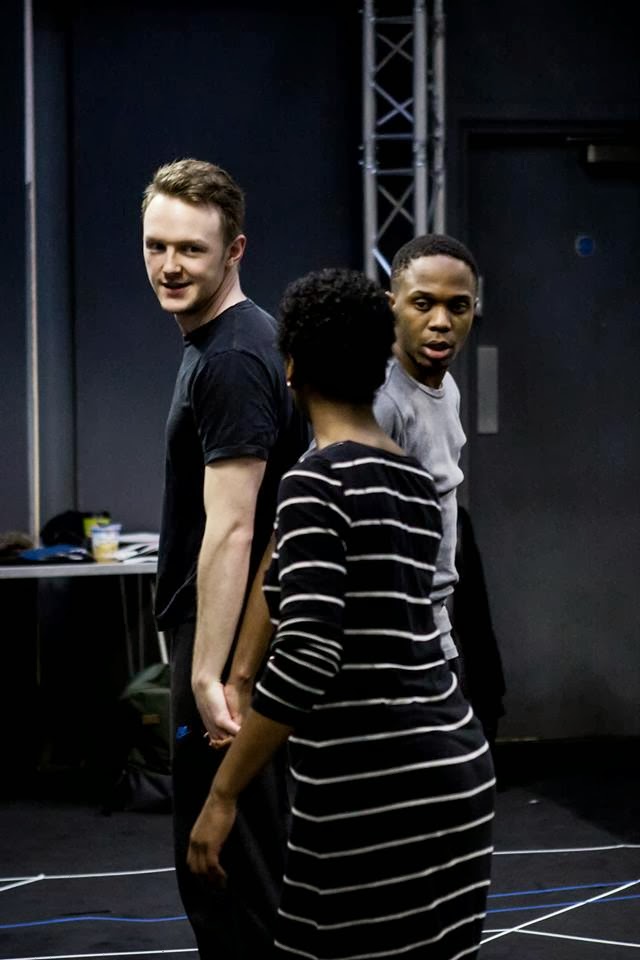 Where the play got problematic for me was right at the end, when it confronts the racial undercurrent in the most head-on manner (and major spoilers will follow.) Race has of course been relevant throughout, but it's often been another tool in the actors' power play, as when Another Black Man gets a chance at the limelight, and Black Man tells him his improvisation isn't how black people speak ("...but it's how my dad speaks.") When all this bickering's put aside the story can culminate in a brutal, violent scene when all inhibitions are put aside. My biggest discomfort, though, is with the quiet couple of minutes that follow: After Black Man is almost lynched, the play shows the actors naturally segregate by race. The white actors are left to decompress from the experience by laughing together, while two of the black actors leave the stage and the third - inevitably the stoical Another Black Man - is left to tidy the space alone. This is where I wanted to see other reviews before writing mine, to see if anyone else was inferring the same conclusion, and if so whether it was Sibblies Drury's play or Gbolahan Obisesan's production that was causing it. 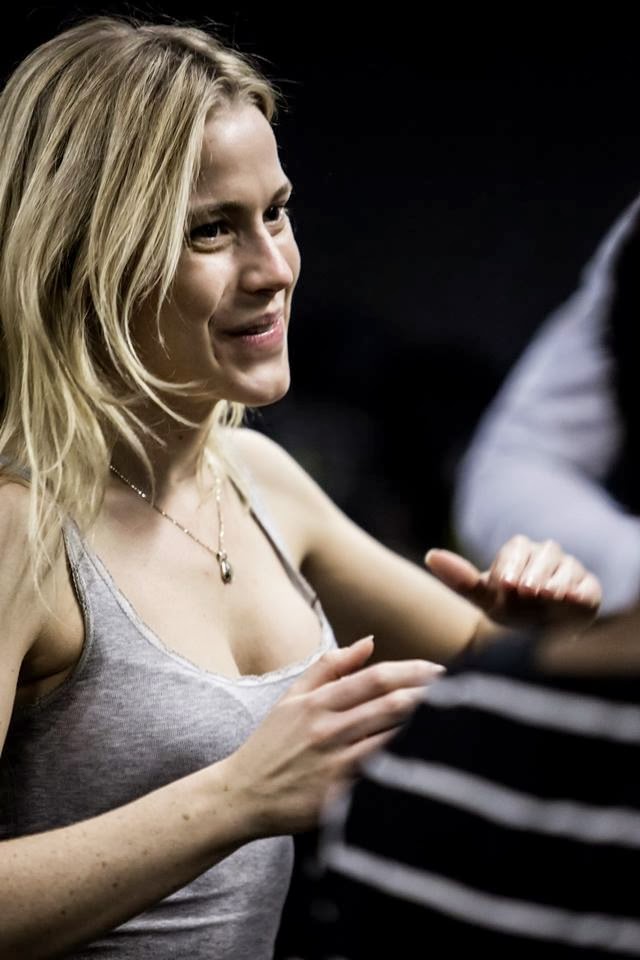 I'm not much the wiser on the latter point; a couple of reviews of US productions do find fault in the ending, although it seems to be more the violent climax that's criticised, whether for being gratuitous or for imposing very specifically American hangups about race onto a different cultural context. Personally although the scene was unpleasant to watch it probably came as close as anything is likely to, to the play-within-a-play's stated aim of comprehending the incomprehensible. But what are we to make of the aftermath? I don't really think the intention is to fight racism with racism, or that the message is that given half a chance white people will abuse people of other races and enjoy it, banding together to let the black people disappear from sight or clean up after them, but that's overwhelmingly what it looks like. The cast don't take a bow at the end, denying the audience the emotional release of seeing the real actors revert to themselves, the damage not really done. Leaving the audience feeling uncomfortable at the end can be an incredibly powerful tool and perfectly valid, but here I felt it came with an accusation, a final slap in the face that made things personal to the mostly-white audience. As I say, I can't imagine Sibblies Drury or Obisesan are actively trying to say "this is what I think of you," but it sure as hell felt that way at the time, and still leaves me with the question of what they were actually trying to achieve.

That was all a bit heavy and traumatic, wasn't it? Quick, let's get back to being a silly blog about nothing. As the play and my response to it stuck in my head for hours later, my iPod, which is always on shuffle, chose to play "Everyone's A Little Bit Racist," which is not just ironic1 but still strikes me as the healthiest response to the problem the stage has managed yet. Also, Joshua Hill, eh? WOULD. 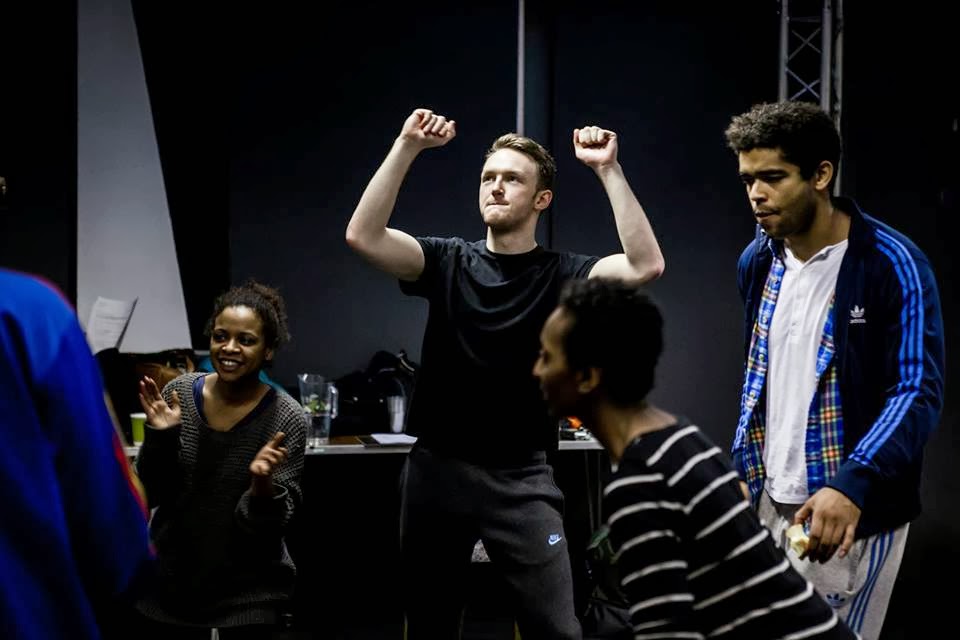 We Are Proud to Present a Presentation About the Herero of Namibia, Formerly Known as Southwest Africa, From the German Sudwestafrika, Between the Years 1884 - 1915 by Jackie Sibblies Drury is booking until the 12th of April at the Bush Theatre.

1actually it's probably more like Pathetic Fallacy, but that would have been a mouthful for Alanis to sing
Posted by nick730 at 22:33