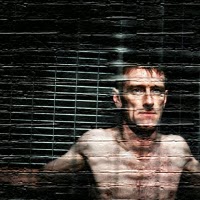 About as big a contrast as you could ask for with the French Riviera exploits it shares a stage with, the Finborough's current alternate show takes us to a Scottish prison cell in the 1970s. One of the writers of The Hard Man, Jimmy Boyle, was still in jail when it was first produced, and when he collaborated with playwright Tom McGrath on what is clearly an autobiographical story. Johnny Byrne (Martin Docherty) narrates the first act from his prison cell, as he goes over his teenage years. Growing up with no prospects, he and his friends Bandit (Adam Harley) and Slugger (Jack McMillan) graduate quickly from petty theft to catching the eye of a local criminal who offers them jobs in his illegal after-hours bars. By the time they're 16 they're well into Glasgow's underworld and Johnny in particular thinks they've outgrown their henchman roles and should be running things - he's also acquired a liking to marking anyone who crosses him by slashing their face with a straight-razor.

Inevitably the violence escalates until there's dead bodies, although Johnny continues to insist he didn't commit the murder he was eventually convicted for. Once he's in prison the brutal environment that made him who he is doesn't relent at all. 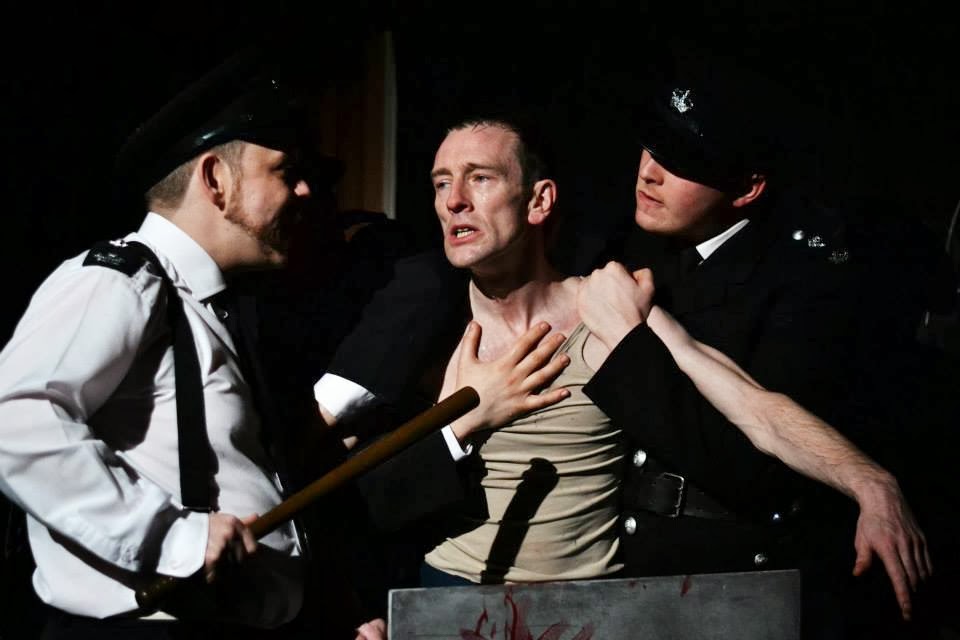 Mark Dominy's production is a powerful one, with an intense, angry central performance from Docherty, who among other indignities ends the night with a
FULL-FRONTAL MALE NUDITY ALERT!
of a rather disturbing nature. There's not a great deal that feels unique about McGrath and Boyle's play, and although the second-act narration by a fellow prisoner (Ross Dunsmore) provides some entertaining moments it does feel slightly redundant. But what it does it does well, and Mike Lees' design simply and effectively conveys Johnny's limited horizons, that only shrink as his life goes on. 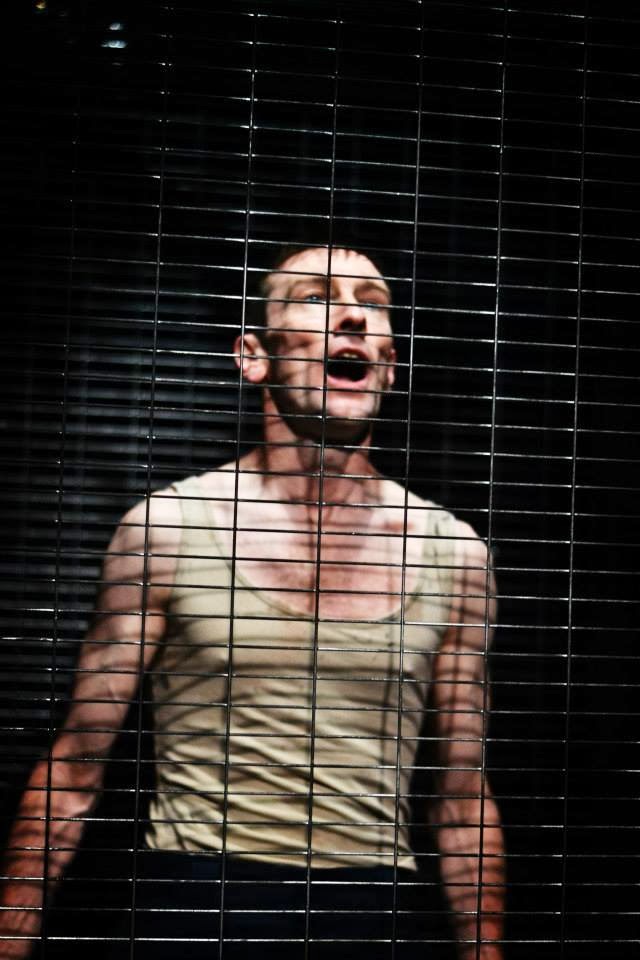 There's strong performances throughout, and there's an obvious contemporary relevance to reviving a play that attacks the demonisation of the poor. What I found particularly interesting in the moments addressing the audience was that the play obviously knows that stories like this tend to create some sympathy with the "animal" at its heart; so it also asks us to consider that the obligatory brutal prison guard (Ross F. Sutherland) is as much a product of a broken system as Johnny is.

The Hard Man by Tom McGrath and Jimmy Boyle is booking in repertory until the 18th of March at the Finborough Theatre.