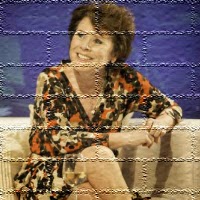 Class comedy is a particularly British genre but there's an American variant as well, often puncturing the aspirational clichés of the American Dream. David Lindsay-Abaire's comedy-drama Good People opens with a woman who's far from living that dream, as Margie (Imelda Staunton) loses her minimum-wage job at a dollar store for being late one time too many. It's been the story of her life ever since she got pregnant in her teens and had a premature, brain-damaged baby. Today her daughter is grown up but still has the mind of a child, and problems arranging a carer have led to Margie losing one job after another. It seems a bleak setup but Margie is a fighter, and surrounded by friends with big mouths and questionable loyalties, her search for work is peppered with acidic one-liners. Especially when an old boyfriend returns to town and a couple of new options present themselves.

Mike (Lloyd Owen) is now a wealthy doctor with a much younger wife and plenty of contacts. Despite a spiky reunion, Margie invites herself to Mike's birthday party in the hope of meeting someone who can offer her a job; if that fails there's a much more underhanded Plan B. 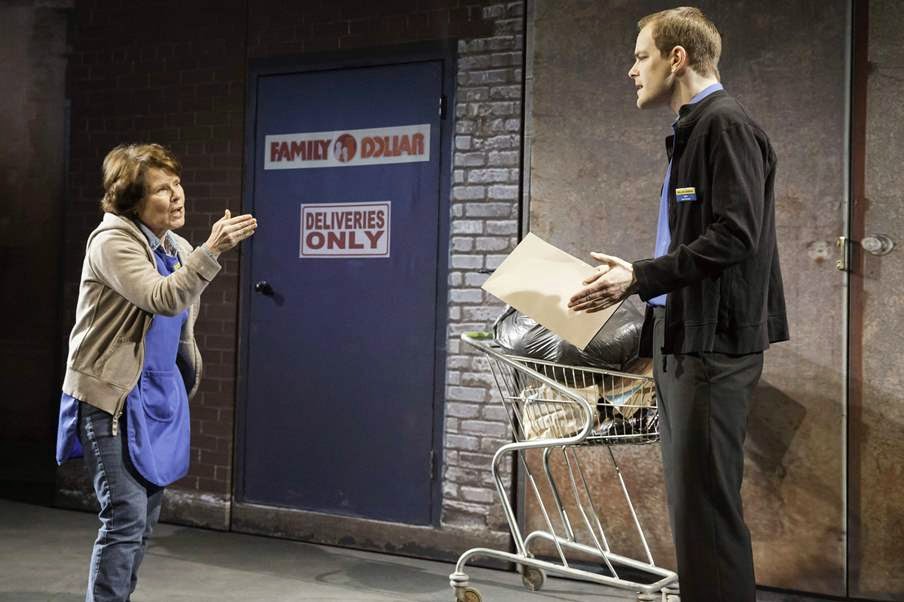 Jonathan Kent's production has a lot of pace to it that creates a sense of urgency as Margie looks for a new way to pay the rent, but surrounds her with a spiky cast of characters that keeps things light - from her friends (Lorraine Ashbourne and June Watson) to her bingo-playing ex-boss (Matthew Barker.) 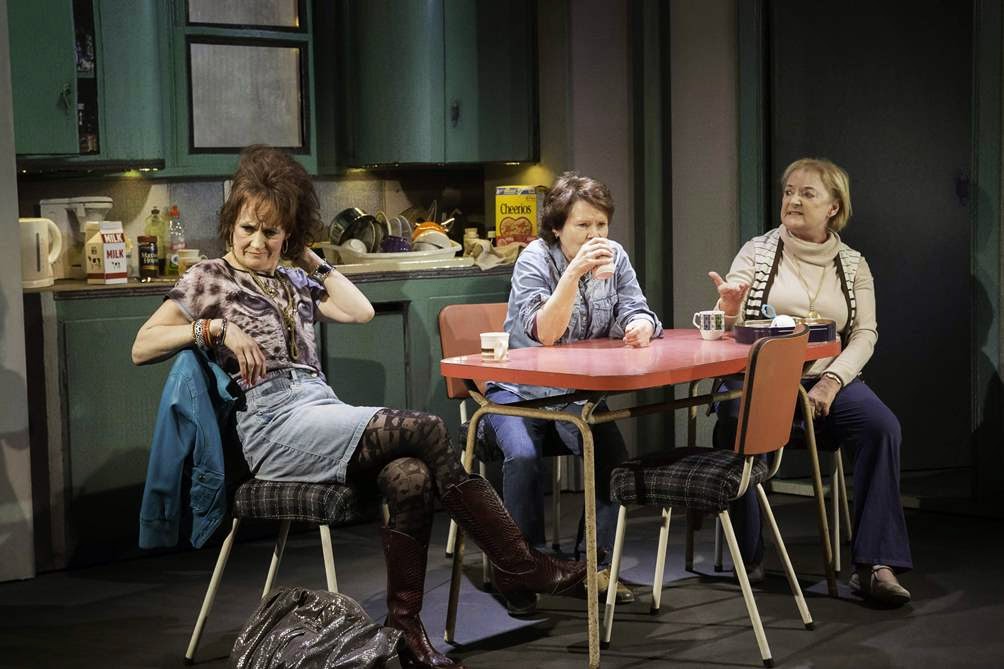 The real crux of the story of course comes when Margie shows up at Mike's house, mistakenly thinking he lied to her about the party being cancelled. It's a classic setup for awkward comedy and Good People does provide plenty of that - Angel Coulby as Mike's wife turns out to be a mistress of the passive-aggressive punchline. (And in a production where the accents are sometimes a bit wobbly, kudos to Lloyd Owen for the way Mike's Boston accent creeps back when he's angry, into the generic American one he's cultivated to disguise his roots.) But there's a darker turn to the story as well as we see the street thug who still lies beneath the doctor, and Lindsay-Abaire doesn't let the hard life Margie's had leave her completely immune to criticism either - the consequences of her blue-collar pride come under the microscope too. 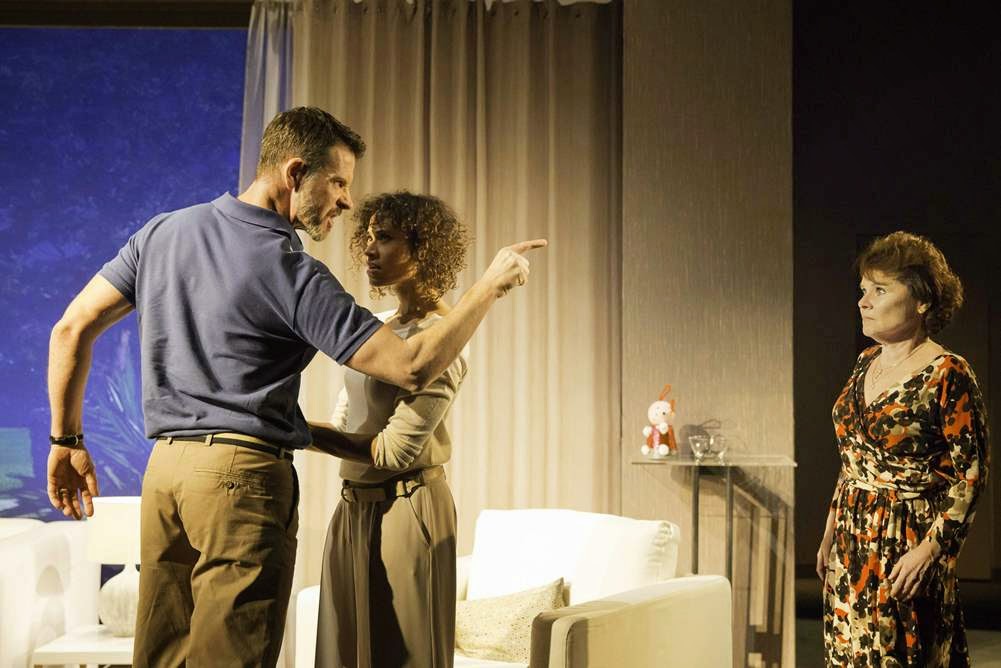 Good People is one of the better shows to turn up at Hampstead's main house in the last couple of years, and it also struck me how much Staunton is not only a versatile actress, but lucky to be consistently cast in a way that shows this off: It's not like her talent was ever in question but even "name" actors often find themselves typecast. But in the last couple of years on stage alone I've seen her play a grinning hippie, a murderous pie cook, a randy old landlady and now a Boston woman with the weight of the world on her shoulders. She's back to musicals next, and always a pleasure to watch.

Good People by David Lindsay-Abaire is booking until the 5th of April at Hampstead Theatre (returns only.)